Hodge was first diagnosed with the cancer in 2003. (Foxnews.com)

But in a new personal injury lawsuit he filed in July 2019, the ex-analyst for ESPN alleges he was exposed at length to Roundup weedkiller, while working on his farm. He believes this long-term exposure led to his cancer.

The 54 year-old said he is probably the most well-known name in the thousands of personal injury lawsuits against Monsanto since glyphosate – the active ingredient in Roundup – was labeled a human carcinogen by the WHO in 2015. The report by the World Health Organization stated there is ‘convincing evidence’ that glyphosate can lead to cancer in lab animals. It also stated that glyphosate can lead to DNA and chromosomal damage in human genetic material.

Hoge stated in an interview this month that he has been using Roundup on his farm for years. He never used gloves or a mask because the company did not provide any warnings. Monsanto insists Roundup is safe and does not cause non-Hodgkins lymphoma.

The lawsuit documents claim Hoge has incurred large economic and non-economic damages because of his Roundup exposure on his farm in Idaho. He regularly sprayed and mixed the pesticide to control weed growth on his property.

His attorney told USA Today that his client has a long history of working on various farms and using Roundup. He either sprayed or mixed it on a daily or weekly basis for years. Hodge never thought to protect himself from Roundup because the company never put a safety label on the bottle.

The science on the link between glyphosate and non-Hodgkin lymphoma is still murky. Some research shows a clear link but others argue those studies have measurement errors and flaws in design. But juries often see the possible cancer link and find in favor of the plaintiff.

The Bayer Company, based in Germany, bought Monsanto for $63 billion in 2018. It stated in July that the number of plaintiffs filing cancer lawsuits regarding Roundup has grown by 5,000 to a total of 18,400. The company also is dealing with five lawsuits in Canada over the weed killer.

In a media statement this month, Bayer stated that it has ‘great sympathy for an individual with cancer, but the extensive body of science on glyphosate-based herbicides over four decades supports the conclusion that Roundup does not cause [non-Hodgkin’s lymphoma]. Leading health regulators around the world have repeatedly concluded that Bayer’s glyphosate-based herbicides can be used safely as directed and that glyphosate is not carcinogenic, based on an extensive body of science spanning more than 40 years.”

Of the thousands of cases brought against Monsanto to date, only three have completed the trial process. But all three have resulted in millions of dollars in compensation. The jury in those cases found Roundup use to be a major factor in the plaintiffs developing cancer. (People.com)

The first case against Monsanto was in August 2018, when a jury awarded a California groundskeeper $289 million, which was reduced a few months later to $200 million. (Courthousenews.com)

That case involved groundskeeper Dewayne Johnson, 46. He sued Monsanto in 2016 after he was diagnosed with mycosis fungoides, which is a skin-based non-Hodgkin lymphoma that made cancerous lesions to develop all over his body. Johnson said he got symptoms after he was soaked in Roundup and had the mist drift into his face when he was spraying schoolyards with the pesticide for the school district for Benicia, CA.

His attorneys argued during the month-long trial that Monsanto knew for years that Roundup is a human carcinogen. They told the jury that Monsanto did not put a cancer warning label on the bottle. Nor did it tell users to wear protective gear to keep Roundup away from the skin, eyes and face.

Johnson’s personal injury lawsuit was the first to go to trial because he had fewer than 24 months to live. The verdict served as somewhat of a precedent for other cases; 400 were cleared for trial in San Francisco federal court not long after the verdict.

The judge that presided over these cases found the scientific evidence presented by the plaintiffs as weak and shaky. But the judge did find that Monsanto had engaged in some deception about the product’s safety, and the jury believed there was enough of a connection the cancer to find in favor of Johnson.

It will be interesting to see if the Hoge case is successful, given the recent successful Roundup cases that have netted plaintiffs large financial awards. 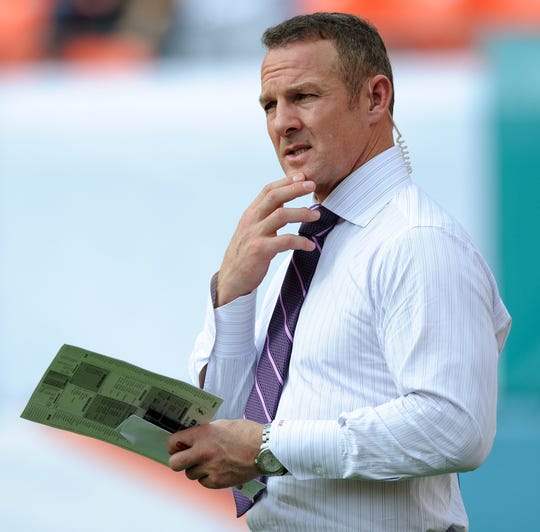