A recent book, ‘The World According to Monsanto: Pollution, Corruption, and the Control of the World’s Food Supply’, has took the world by storm. The mainstream media and those who fight the mainstream media alike have picked up on this book and have tried to explain in laymen’s terms how it is possible that a company like Monsanto has so much control over the global food supply. One of the issues that it raises is that Monsanto both creates Roundup Ready and other genetically engineered crops, as well as creating the herbicides and pesticides needed to kill anything that attacks those crops.

Monsanto claims that all of their work is done in an effort to eradicate world hunger. But, of course, they have made similar claims in the past. They would kindly end a war with Agent Orange, which instead caused birth defects and disabilities in millions both here and in Vietnam and destroyed the country’s rice fields – its food supply. And then, there was DDT, designed to kill malaria mosquitos but instead causing cancers and infertility. And there were the bovine growth hormones, designed to increase milk production and leading to cows suffering terribly, requiring more antibiotics, which humans now consume.

What Do We Know about Monsanto and the Food Supply?

Some 80% of the corn market and 93% of the soy market in this country is controlled by Monsanto. When the company created Roundup, a glyphosate-based herbicide, they massively increased their profit margins and bottom line. But Roundup is part of the Dirty Dozen and it is now believed that glyphosate can cause cancer, as revealed by the World Health Organization’s International Agency for Research on Cancer (IARC), who named glyphosate as “probably carcinogenic”. Monsanto, meanwhile, is fighting to get the IARC to retract that statement.

So what is the power that Monsanto has? Considering they control such a huge percentage of the food supply in this country, the answer to that question should be quite obvious. It is also for that reason that both the American Soybean Association and the National Corn Growers Association are fully on Monsanto’s side. In fact, they have expressed official concerns about the IARC’s statements as they feel this could create “confusion” in the agricultural sector since farmers have used Roundup for many decades now.

For those who do not support Monsanto, however, the issue is baffling. They do not understand how it is possible for something like this to happen. Unfortunately, however, the world is run by political influence and by market forces, rather than by fairness and justice. It is no longer a surprise that politics are fully controlled by big business. They lobby politicians and fund entire political campaigns. However, it seems that Monsanto has been able to take this even further.

What few people know is that two companies have recently merged, being Bayer and Monsanto. An in-depth assessment of the potential for this merger was completed by European Union regulators who initially had concerns about whether this merger would be in breach of anti-competitive laws. However, the phase 2 investigation was completed and the merger took place, something that few people heard about in the mainstream media.

What this means is that two of the biggest corporate powers in the world, both of which focus on the food supply, have now consolidated into one. It means that farmers and food supplies all over the world are under serious threat and, with that, us as the consumer.

The consequence of this merger is that there is no longer any competition between the two companies that produced “traited” seeds. Those are seeds that have been genetically engineered to have qualities that make them more profitable. The merger will impact the herbicide market and seed development and it also means there are now serious questions about the transparency of development processes and research.

Indeed, the merger has led to the development of a true monopoly on the land in this country. Together, they now control over 75% of the cotton growing land, almost all of the seed development but particularly corn, soybeans, and canola, and it increases the control that Monsanto already had on the polluting agents, which includes farming technology, pesticides, and fertilizers. Effectively, it means that Monsanto will be able to continue to pollute our food supply, without every being held to account for it.

What is of secondary concern is that, through the merger of the two giants, smaller and local farmers will be completely pushed out of business. Humans have become more proactive in their fight against Monsanto. It is interesting, therefore, that the company has decided to take on the name Bayer, dropping Monsanto altogether. However, despite people’s efforts of shopping organic and for grass-fed cattle, if those farms no longer exist, people won’t be able to purchase it anymore either. Already, non-Monsanto food sources are more expensive and there is a real risk that prices will only go up if those small independent farmers are to stay in business. Ultimately, it is likely to lead to Monsanto owning virtually all agricultural land with which they can do as they please.

How Monsanto Pollutes the Food Supply

It is said that there are at least 10 ways in which Monsanto is trying to kill everyday individuals. Those are:

The question is whether or not Monsanto is polluting the food supply and the answer to that question is an unequivocal “yes”. There is simply no getting away from glyphosate anymore, introduced to the world through Monsanto and their Roundup herbicide and Roundup Ready crops. A good example of how far down the food chain this now is, is the current legal battle against General Mills and their Cheerio product.

The battle revolves around one woman stating that the levels of glyphosate in Cheerios and Quaker Oats are so high, that she has been exposed to risks. Indeed, there is the potential for a mass class action lawsuit to be started against General Mills. The outcome of that case will center mainly on the evidence of whether or not glyphosate is a carcinogenic. But what is really of interest is that nobody is denying that there are high levels of glyphosate in Cheerios, Quaker Oats, Lucky Charms, and various other oat-based products. These levels are within the acceptable standards of the Environmental Protection Agency, although not all global agencies agree that their levels are indeed safe for human consumption.

But what really matters in this story is that the glyphosate is there. A product such as Lucky Charms, which is heavily processed and very far removed from its original oats base, still contains glyphosate because the oats used in its production come from Roundup Ready, Monsanto crops. So it is safe to say that Monsanto is indeed polluting our food supply. Levels of glyphosate are now being measured just about everywhere, from drinking water to animal tissue, and it is inescapable. And since glyphosate is not a naturally occurring product, but rather one that is made in a laboratory, it all points to the simple fact that Monsanto is polluting our food supply. Add to this the danger that they also control the food supply, and a very ugly picture starts to appear about the future of world food. 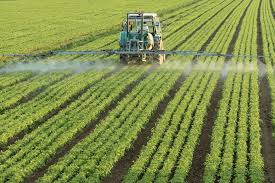