Non-Hodgkins lymphoma or NHL is one of the most common cancers in the US. It is estimated almost 75,000 patients per year or diagnosed with NHL every year. The American Cancer Society estimates that 20,000 people died from the cancer in 2018. (cancer.org). NHL can be caused by being exposed in the workplace to dangerous chemicals, such as glyphosate found in the weedkiller Roundup, benzene and polychlorinated biphenyls (PCBs).

If you or a loved one has been diagnosed with NHL and you believe that it could be due to exposure to a carcinogenic chemical, you could have the right to compensation in a personal injury lawsuit. Below is more information about non-Hodgkins lymphoma, what causes it, dangerous chemicals that may increase your chances of getting cancer, and your legal options.

NHL is a deadly cancer that begins in the lymph nodes,  also called lymphocytes. These important cells are a part of your immune system. Lymph nodes assist in fighting infections and many diseases while also ridding the body of bacteria viruses and other substances that are harmful to body tissues.

While non-Hodgkins lymphoma can occur naturally in the body, it often occurs due to extended exposure to dangerous chemicals. Monsanto has received a great deal of negative publicity in recent years due to the possibility that the chemical glyphosate found in its weedkiller Roundup may increase the risk of developing NHL and other types of lymphoma cancer due to Roundup. Exposure to benzene is another common cause of the disease.

Studies have shown that farmers and agricultural workers have a higher risk of developing NHL. Some of the other occupations that have a greater chance of getting the cancer are:

Non-Hodgkins lymphoma can show many signs and symptoms. It largely depends on the specific type of lymphoma, and where it occurs in your body. Some of the common symptoms of the cancer are:

Roundup and the NHL Connection

The active ingredient in the Monsanto weedkiller Roundup is glyphosate, and there could be a link to exposure and the cancer. (Forbes.com). Roundup is a very popular herbicide used to kill weeds and grass. It has been on the market for almost 40 years. There have been many concerns in recent years that NHL is caused by long term exposure to glyphosate. Still, it is believed that 250 million pounds of the chemical are put on crops, commercial nurseries, driveways, sidewalks and golf courses each year.

There is substantial evidence that the chemical can cause cancer in some patients. In March 2015, top cancer experts at the WHO’s International Agency for Research on Cancer (IARC) found that glyphosate is a probable human carcinogen. The body stated there is strong evidence that cell mutation caused by glyphosate exposure can lead to the cancer. The IARC reviewed approximately 100 studies and concluded that glyphosate could cause the cancer where people are exposed to it for extended periods. (NIH.gov).

Also, since 2001, there have been three large clinical studies that showed higher rates of NHL in farmers and agriculture workers who were exposed to the weedkiller. These studies were:

The most well-known non-Hodgkins lymphoma lawsuit involving Roundup is the case of Dewayne Johnson. In 2018, a California jury ruled that the former school groundskeeper was entitled to $289 million in damages for the weedkiller causing his cancer.

The huge verdict has set in motion thousands of other lawsuits claiming that Monsanto’s herbicide causes the deadly cancer. Johnson’s case was the first one involving glyphosate to go to trial because his doctor’s said he was going to die soon. (cnn.com).

More than 800 other patients filed lawsuits in 2017 against Monsanto for causing their lymphoma. Since then, hundreds of other plaintiffs have sued the company, making the same claim.

The controversy surrounding Roundup and its possibility of causing cancer increased when a federal court unsealed documents that suggested Monsanto had colluded with the EPA. A top official at the EPA told Monsanto that glyphosate was going to be reviewed by the US government, and that official offered to assist in stopping that review from happening. The review never occurred.

If you have been diagnosed with non-Hodgkins lymphoma and were exposed to Roundup, it is recommended to speak with a personal injury attorney in your area who is familiar with this type of case. You could be entitled to compensation for your injuries, pain and suffering, medical bills and lost wages. If your loved one died from NHL and was exposed to Roundup, you may be able to file a wrongful death lawsuit and receive compensation for your loss.

Benzene and the NHL Connection

Benzene is a commonly used chemical, but the IARC has found that it is a Group 1 carcinogen. Benzene is extremely volatile, and exposure is usually through inhalation. Many decades of research have shown that benzene exposure can cause both non-Hodgkins lymphoma and leukemia.

Industries using benzene have faced personal injury and wrongful death lawsuits because they exposed workers to danger even though the companies knew of the risks.

Some of the industries that most often expose workers to benzene are:

Benzene is a natural part of crude oil. Workers may need to inspect tankers containing oil and other chemicals containing benzene. The risk can come from both inhalation and skin contact.

Benzene occurs in crude petroleum, so employees working in this industry are at higher risk of exposure.

Many chemical plants manufacture various aromatic elements. Benzene is a key component for nylon, and that is used to make lubricants, rubber and explosives. Employees in these plants are at higher risk of benzene exposure.

Whether you have been exposed to glyphosate, benzene, PCBs or another possible human carcinogen, you are at higher risk of developing non-Hodgkins lymphoma. If you do develop the cancer, what are your legal options? Both state and federal laws protect workers and consumers from dangerous chemicals and products that cause serious health problems, such as cancer.

If you or a loved one has been exposed to a chemical that may have caused cancer, it is important to talk with an experienced personal injury and product liability attorney in your area as soon as possible. You could be eligible to file a personal injury lawsuit or wrongful death lawsuit against the company that employed you or your loved one, or exposed you to the dangerous substance.

Many consumers and workers have successfully sued companies responsible for their cancer and won millions of dollars in damages. It is important to work closely with your attorney on your case; you must prove that the negligence of the company or entity that exposed you to glyphosate, benzene or another chemical most likely led to your NHL.

If you win a settlement or verdict in your non-Hodgkins lymphoma lawsuit, you could obtain ample compensation for your medical bills, lost wages in the past and future, and pain and suffering.

NHL Lawsuit Costs: Nothing Unless You Win

Most personal injury and product liability attorneys handling non-Hodgkins lymphoma lawsuits will review your situation at no cost to you. They will conduct research about your medical condition, possible causes and the chances that a company’s negligence led to your illness. If they determine there is a case, a lawsuit or claim may be filed. You generally only have to pay if you win the case; the attorney’s fee will be taken from the settlement or verdict amount.

If you think you have developed NHL due to the negligence of an employer or product, request a free roundup cancer lawsuit evaluation. There is a statute of limitations in place in every state that limits how long after your diagnosis you can file a claim. The statute of limitations typically ranges from one to four years, so it is important to act quickly. 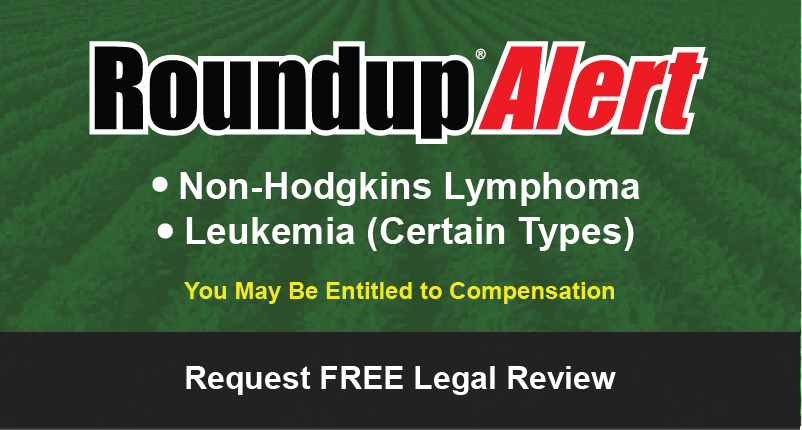