Fraud is a serious problem in the United States. It can affect anyone, and it may also be perpetrated by anyone, whether they’re a stranger or an acquaintance. In the most recent ranking of top consumer complaints, the FTC reported that fraud cost consumers more than $1.6 billion. An act is considered fraud when it is intentionally deceptive for the purpose of stealing or otherwise causing the victim a financial or some other form of loss. Identity theft, for example, is an example of consumer fraud, which involves using a person’s Social Security number, banking account information, access codes, etc., for purchases and/or financial gain. While this is just one example of consumer fraud, there are many other types of fraud that all consumers should be aware of. A basic understanding of some of the more common types of fraud can raise awareness and help people to better keep their finances safe.

Online fraud is an umbrella term that involves any scam or scheme that uses the Internet and false information to dispossess someone of money, personal property, or information. It comes in many ever-changing forms that consumers must be aware of and watch for. It can range from online auction fraud to hacking into a computer. One example is online banking fraud, which is a major concern for consumers, as criminals can set up false websites that look very close to a real banking site. These sites are used by criminals to collect financial information such as bank account numbers and PINs. Online shopping fraud is very similar, with both requiring consumers to be vigilant in ensuring that they are visiting legitimate websites. Additionally, consumers should never enter information of a personal or financial nature without first confirming that the page is secure. This can be confirmed by looking for the letter “s” following the “http” of the Web address.

Fake technical support is another type of online fraud that affects consumers. When this occurs, a person typically pretending to be from a legitimate computer or software company calls and convinces the consumer that remote technical repairs are needed on their computer. The fake company may then add a virus to the computer or charge the consumer a very large amount for non-existent repairs. The use of online protection such as anti-virus and anti-malware software can be helpful in some but not all cases of online fraud. For example, online protection can help if someone attempts to hack into a computer, but it is of little use if the computer user enters personal or financial information into a fake shopping site.

Email fraud is another type of online fraud. It involves criminals attempting to steal from or hurt consumers through email. The emails may be attempts to get people to send money or provide information such as Social Security numbers for false reasons. The common Nigerian bank scams, for example, are attempts at email fraud. In some cases, fraudulent email may appear to be from a bank or other legitimate establishment and request confirmation of email passwords, usernames for accounts, and other information. This is a common threat, and it is called phishing. As with all other forms of online fraud, consumers can protect themselves by using some type of online protection. Another way to protect oneself from email fraud is to avoid opening unsolicited emails or emails from unknown sources. Banks and other financial institutions generally do not ask for secure information via email; people may want to call their bank to question any emails that seem suspicious. Paying attention to the spelling of Web addresses and things about a site that may seem unusual or off can help consumers detect a fake site attempting to pass as the real thing.

Telemarketing fraud is a type of fraud that uses telephone marketing techniques to lie to and steal from consumers. Telemarketing fraud is a type of con that can result in a loss of money or even the security of one’s identity. These types of schemes may attempt to get consumers to buy products that may not exist or that are falsely represented. The “winning” of nonexistent prizes is also a form of telemarketing fraud, as is claiming to collect money or donations for a phony charity. Telemarketing con artists will often rush their victims into making a decision and fail to provide information when requested. They may ask for credit card information over the phone as a way of holding a prize or entering someone into a contest. To avoid falling victim to telemarketing scams, people can enter their names into the Do Not Call Registry. If payment has been given prior to the realization that it is a scam, it can be reported to one’s credit card company within a certain period. Telemarketing fraud should also be reported to the attorney general’s office and law enforcement.

Children may also become victims of fraudulent acts. Although fraud isn’t the first thing that comes to mind when cyberbullying is mentioned, kids who are victims of it may also find themselves victims of identity fraud. Cyberbullying is a form of bullying that uses technology instead of mere words and physical acts to hurt, humiliate, and threaten. In an act of cyberbullying, a child or teen’s identity or account information may be stolen. The bully may falsely represent themselves with this information and commit identity fraud by altering accounts or making online purchases. A cyberbully may also pretend to be someone else to get information from a victim that can be used for any number of reasons. To stop identity fraud associated with cyberbullying, the parent must first be aware that the bullying is happening. Parents must encourage dialogue with their children and explain how dangerous cyberbullying can be. Because of the financial implications associated with this type of fraud, parents will want to report any identity fraud or theft to the proper authorities.

Seniors are often the targets of consumer fraud. Fraudsters and other criminals will often seek out seniors because they may be of the belief that older adults are more vulnerable, confused, trusting, or just easily swayed. Sweepstakes fraud, in which the elderly individual is led to believe that they have won some sort of prize, is a popular scam against the elderly. Other scams that are common types of elderly consumer fraud include charity scams, sales fraud, funeral fraud, discount medication scams, home maintenance scams, and investment fraud. These scams are carried out over the telephone, by mail, or by people who travel door to door. Seniors can protect themselves by verifying identities and offers and even asking family members to help check that any unknown company is what they claim. They should avoid salespersons who are pushy by either hanging up or asking them to leave. People should never pay strangers up front or withdraw money without first receiving their services and checking references. 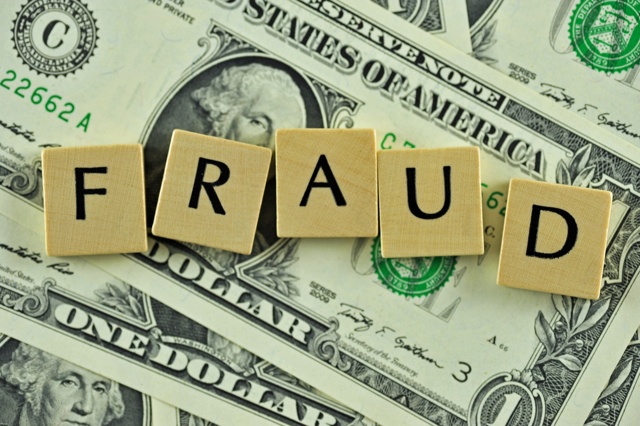