Anyone who buys products, pays for services, rents or buys a home or keeps money in a bank engages in all types of commercial activity and is deemed a ‘consumer.’ Below is a roundup of the latest consumer fraud news that could affect you and your loved ones. This section is updated regularly, so be sure to check back often.

Select a link below to learn more.

A Philidelphia jury this week ordered Johnson & Johnson to pay $8 billion in punitive damages over a drug that plaintiff’s lawyers say is connected to the growth of female breast tissue in boys. (NBC.com) J&J immediately criticized the verdict after the decision of the jury in the Court of Common pleas. The company stated… Read More »

A Los Angeles jury awarded $40 million last week to a woman who claimed she got mesothelioma from using Johnson & Johnson Baby Powder. (LosAngeles.CBSLocal.com) The jury deliberated for a week before reaching the verdict in the asbestos cancer lawsuit brought by Nancy Cabibi. According to court documents, Cabibi was diagnosed with the deadly lung… Read More »

Just weeks after global health experts sparked worries about a cancer-causing substance in Zantac, three major US drugstores have pulled the drug to treat stomach acid from store shelves. (Yahoo.com) A CVS press release stated that the company had stopped selling all Zantac brand and CVS brand ranitidine products for the time being. The action… Read More »

The mesothelioma law firm obtained a $34 million verdict last week against Ford Motor Co. for clients Arthur and Janet Putt. (advantagenews.com) Arthur Putt was a Ford mechanic for years and was diagnosed with mesothelioma because of exposure to brake parts containing asbestos. The former mechanic’s exposure occurred at several gas stations in southern California… Read More »

FDA on September 10, 2019, issued a safety alert telling consumers to cease the use of cosmetics from Beauty Plus. The agency discovered dangerous asbestos traces in four of the company’s talc-based products. Asbestos is a human carcinogen that can cause cancer with enough exposure. Testing revealed asbestos was in the company’s bronzer, shimmer bronzer,… Read More »

The Ford Motor Company issued a recall last week of 103,000 vehicles due to the seat belts possibly not restraining the occupant if a crash occurs, which could lead to a higher risk of injury. (Silive.com) Ford announced the recall for certain 2015 Ford Fusions and 2015 Lincoln MKZs for a problem with the seat… Read More »

This week, a judge in Oklahoma found Johnson & Johnson and Janssen Pharmaceutical Companies liable for contributing to the opioid crisis in the state. He ordered the company to pay $572 million, which was much less than the $17 billion the state sought. Judge Thad Balkman in Cleveland County District Court in Norman, Oklahoma is… Read More »

Emails were released recently from 2013 where former Monsanto executive Dr. Daniel Goldstein said he wanted to ‘beat the **** out of’ a group of activist mothers who were imploring Monsanto to stop selling Roundup, which contains the active ingredient glyphosate. The emails came to light during a pre-trial proceeding in a current non-Hodgkins lymphoma… Read More »

Asia’s largest pharmaceutical company, Takeda, and their partner for marketing, Eli Lilly, have been slapped with $9 billion in punitive damages related to their Actos drug for the treatment of diabetes. The plaintiffs allege that both drug companies hid their knowledge of the Actos bladder cancer risks of the drug and did not provide customers… Read More »

The massive Takata airbag is one of the most expensive and tragic of automotive recalls in world history. Dozens of deaths and injuries have been caused by defective Takata airbag inflators that exploded when deployed, spraying vehicle occupants with deadly shrapnel. (Fordauthority.com) The injury victims of the defective airbag shrapnel lawsuits are about to receive… Read More »

The Trump administration stated last week it would not approve warning labels for products that contain glyphosate. This was a move aimed at California as it is fighting one of the biggest agriculture companies in the world about the chemical that is believed by some to cause cancer. (Miamiherald.com) California currently requires warning labels on… Read More »

Monsanto, the agrochemical company that makes Roundup, which has been found in some lawsuits to be liable for causing Non-Hodgkin’s lymphoma in some users, reportedly spent hours of overtime to discredit journalists who criticized the company. It even paid Google to suppress reports about findings that were negative about Monsanto. (Futurism.com) According to Carey Gillam,… Read More »

A jury in Louisville, Kentucky decided Aug. 2 that Johnson & Johnson and Colgate-Palmolive were not responsible for the mesothelioma that wrongfully killed a woman, after both companies were alleged to have caused the deadly asbestos cancer with their asbestos-tainted talcum powder products. (Legalnewsline.com) According to media reports, the jury decided that baby powder was… Read More »

Former NFL star Merril Hoge stated this week he believes Monsanto’s weedkiller Roundup caused him to develop non-Hodgkins lymphoma. Hodge was first diagnosed with the cancer in 2003. (Foxnews.com) But in a new personal injury lawsuit he filed in July 2019, the ex-analyst for ESPN alleges he was exposed at length to Roundup weedkiller, while… Read More »

The Department of Justice is investigating Johnson & Johnson to learn if the company purposely withheld vital safety information from consumers about the possible cancer dangers of their baby powder. J&J is continuing to face accusations that the company’s talc-based products can cause ovarian cancer and mesothelioma in several thousand women. The federal government is… Read More »

Dozens of lawsuits are pending against pharmaceutical manufacturers and sellers over several generic heart medications that are tainted with possible carcinogens. These are the first legal claims in what some legal experts expect could be a wave of lawsuits in the near future. Millions of patients in America have taken the generic heart drugs, which… Read More »

Johnson & Johnson shares dropped this week after the company was told by a jury in California to pay $29 million to a woman who said the asbestos in J&J’s talcum powder-based products led to her cancer. (CNBC.com) This was the latest defeat for Johnson & Johnson. The healthcare giant is facing thousands of similar… Read More »

A woman in Dallas who was paralyzed three years ago in a Honda minivan on an Uber ride has won $37.6 million in a personal injury lawsuit filed regarding the seatbelt system used in Hondas. Sarah Milburn, 27, was a passenger in a Honda Odyssey minivan in 2015 when it was hit by a pickup… Read More »

Mass torts are quite unique legal situations; there are many plaintiffs on one case, versus a single defendant. These lawsuits often are some of the most important that a law firm can take one, particularly in terms of the revenue. In 2019, there are several new or ongoing mass torts to keep an eye on… Read More »

Fiat Chrysler has recalled more than 1.6 of its vehicles around the world to replace defective Takata front passenger airbag inflators that can be dangerous to passengers and drivers. Takata airbag inflators can explode with deadly force, causing deadly shrapnel into passengers and drivers. At least 23 people have died from the problem around the… Read More » 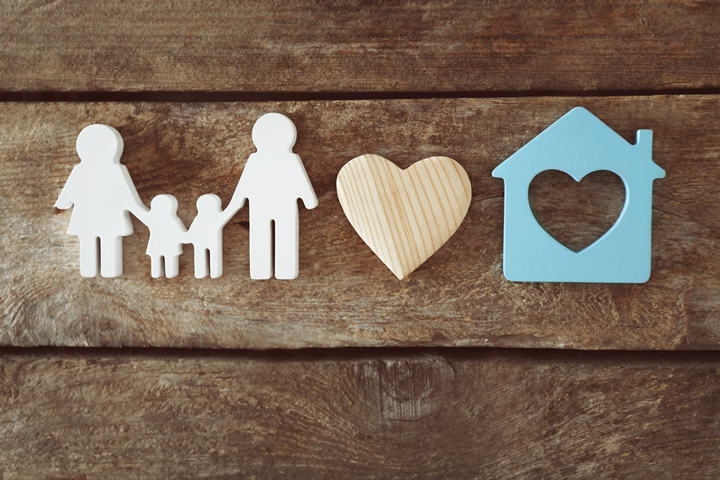