Dozens of lawsuits are pending against pharmaceutical manufacturers and sellers over several generic heart medications that are tainted with possible carcinogens. These are the first legal claims in what some legal experts expect could be a wave of lawsuits in the near future.

Millions of patients in America have taken the generic heart drugs, which are the focus of a widening recall being overseen by the FDA. These drugs have been used for decades to treat hypertension, heart failure and similar health conditions. (Bloomberg.com)

According to one attorney familiar with the situation, there could be at least 2,000 personal injury cases filed in the next two years.

FDA Recall in the Works

FDA has been working on a recall of adulterated heart drugs since last summer, when the carcinogen NDMA was found in valsartan made by Zhejiang Huahai Pharmaceutical Co. The valsartan was sold to several drug makers and used in many popular drugs for cardiovascular uses.

Zhejiang Huahai and its sister companies are the major target of the personal injury lawsuits. Other companies that have been named in the complaints are Teva Pharmaceutical Industries Ltd. and Mylan NV, as well as CVS Health Corp., all of which run big pharmacy and drug benefit management companies. Approximately 40 defendants have been sued to date.

FDA reports the pills could have been tainted with NDMA for up to four years before the issue was discovered. The number of patients who got cancer, if any, from taking valsartan is unknown.

In early 2019, Bloomberg News reported several problems with the testing data that is used to assure many drugs’ safety and effectiveness. Bloomberg discovered that FDA auditors who had expressed worry about integrity of data at some drug manufacturing plants were sometimes overruled by senior FDA officials.

Drugs At Manufacturing Plant Were Below FDA Standards for Months

At a Zhejiang Huahai manufacturing plant that is the focus of the recall, an FDA auditor found that some drugs that were made there were below FDA standards months before the agency took regulatory steps to remove valsartan and other related drugs from the market in the US.

FDA reported last month that it will redo rules that govern how drugs are made to ensure the safety of the US drug supply. Former FDA Commissioner Scott Gottlieb said there were not enough quality controls in place, which led to many instances of contaminated drugs.

An attorney in Florida who is handling some of the personal injury lawsuits told judges at a New Jersey hearing last month that his client represents insurance companies covering 73,000 people who used valsartan, and the claims are worth at least $91 million, Last year, 1.5 million people in the US took valsartan that was contaminated with the carcinogen.

Other drugs that are related to valsartan, such as losartan and irbesartan, also are affected by the recall. It is not clear if those drugs are going to be included in the pending litigation. Not as much is known about how much those other drugs were contaminated. Other dangerous carcinogens, such as NMBA and NDEA, have been found in the other drugs, too.

Zhejiang Huahai did not produce all of the valsartan that is contaminated, but the levels of the carcinogen were highest in drugs it made, FDA stated. FDA also said it is reviewing how the chemicals could have gotten into the drugs during the product manufacturing phase.

Showing the link between exposure to the tainted drug and the cancer of plaintiffs in challenging, according to senior US District Judge Robert Kugler at the March 27 hearing in New Jersey.

Kugler said there are many people who say they got cancer from taking valsartan. But he noted it will be hard to prove it, but it may be possible in some of the litigation.

NDMA, which is found in grilled and cured meat, has been known as a human carcinogen for decades. Attorneys for the plaintiffs in the case have said the amount of the carcinogen in valsartan is far too high. Just after the recalls last summer, FDA stated it is safe to ingest up to .096 micrograms of NDMA per day. But FDA test results showed NDMA levels in the drug ranging from .3 micrograms to 17 micrograms.

So, the valsartan pills may have contained between 3.1 and 177 times the NDMA level that is safe for human consumption. One attorney stated there is more NDMA in a pill of valsartan than a person should safely consume in a month. According to his analysis, one pill is equal to 30 pounds of bacon.

Just after the July 2018 recall started, FDA estimated for every 8000 people who took the highest valsartan dose, there would be another case of cancer.

In addition to the standard personal injury lawsuit cases, attorneys in federal court are also looking into class action lawsuits to handle economic losses, which include allegations from third party payers and consumers such as health insurance companies that they paid millions of dollars for contaminated drugs.

MSP Recovery is suing for health insurers including New York Group Health and SummaCare, a provider in Ohio, according to the lawsuit, which was filed in February. Greg Hansel, a lawyer for the Maine Automobile Dealers, told the court the organization had been in touch with several big health insurers that are monitoring what is going on.

Another class action lawsuit was filed in the court in New Jersey on April 5 for patients who may not show symptoms of cancer for years. Those patients consumed valsartan and could have cellular damage or gotten cancer but may have not been diagnosed yet, the complaint states. The lawsuit intends to create a fund to pay for independent medical monitoring, such as preventive screening and examinations, as well as provide cancer treatment.

All of the cases for losartan contamination have been combined before Judge Kugler in multidistrict legislation or MDL, where he oversees the selection of plaintiffs’ leadership, evidence gathering and pretrial motions.

This is hardly the first time that well-known, popular drugs have caused serious, unintended side effects and other problems. Priolosec, Nexium and Prevacid are known to cause kidney damage in some patients, and many opioid manufacturers in 2018 and 2019 have been facing lawsuits that allege the companies are misleading the public about the dangers of these highly addictive drugs. 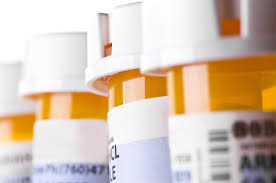