Asia’s largest pharmaceutical company, Takeda, and their partner for marketing, Eli Lilly, have been slapped with $9 billion in punitive damages related to their Actos drug for the treatment of diabetes. The plaintiffs allege that both drug companies hid their knowledge of the Actos bladder cancer risks of the drug and did not provide customers with sufficient warnings. (Policymed.com)

Takeda argued that the bladder cancer the plaintiff had was not caused by Actos. It also said the drugmaker provided enough warnings as they became more understood over the years. The jury decided $6 billion of the liability was Takeda’s and the rest was Eli Lilly’s.

The large amount of special damages is related to a product liability lawsuit filed in 2011 by Terrence Allen and Susan Allen. They alleged that Actos caused the man’s bladder cancer. In addition to the large punitive damages award, the jury awarded the couple $1.5 million in compensatory damages.

It is interesting to note that judgments were entered in favor of Takeda in all of the earlier Actors trials before this $9 billion judgment. In those three previous Actos cases, state juries in Maryland and California ordered Takeda to pay $8.2 million in damages to people who took Actos and got bladder cancer. But judges in both states tossed the verdicts. This year, a state court in Las Vegas rejected claims that Takeda had failed to warn customers properly about Actos risks.

The litigation being handled in the District Court of the Western District of Louisiana is the initial federal case to be tried and the first in the multidistrict litigation (MDL) for Actos cases. Lilly, who was promoting the drug with Takeda from 1999-2006, was not named in the previous state lawsuits.

Kenneth Griesman, senior VP and general counsel at Takeda, noted that the company disagrees with the verdict and it will appeal through all legal means, including post-trial motions and a general appeal. He also said the company has empathy for the Allens, but the company thinks the evidence did not support a finding that the drug led to the man’s bladder cancer. The company also believes it acted in a responsible manner regarding the marketing of Actos.

According to the plaintiff’s attorney, it is unlikely the damages in the case will be $9 billion in the end. The US Supreme Court has ruled that compensatory and punitive damages much bear some similarity to each other. Generally, punitive damages that are nine times that of compensatory damages do not survive appeal and further legal scrutiny.

In this Actos case, the $9 billion in punitive damages dwarfs the $1.5 million in compensatory damages to a high degree. In some cases, this level of punitive damages can be in order for especially poor conduct. Also, when the jury is deliberating punitive damages, juries may consider the profits and net worth of the defending company. According to The Wall Street Journal, it could be the jury, in this case, wanted to scale the financial award so it would really hurt the drug companies financially.

But large punitive awards are often reduced on appeal.

After the case concluded with the $9 billion award, a judge in Louisiana heard the appeal and reduced the Allens’ total award to $35.8 million. However, US District Judge Rebecca Doherty criticized Takeda and Eli Lilly for ignoring and concealing evidence that Actos was dangerous. (Biospace.com)

After this ruling, Takeda was required to pay $27.6 million and Eli Lilly had to pay $9.2 million.

The judge also denied a request from both drug companies for a new trial. She wrote the evidence from the trial showed that both companies denied, disregarded, obfuscated and concealed evidence for more than 10 years that taking Actos would increase the risk of developing bladder cancer.

In her ruling, Doherty stressed that courts hearing cases like this one should offer stronger guidance to juries to understand if the burden of proof for extremely reprehensible behavior had been met, and if so, how the damage award should be crafted.

Neither drug company agreed with the judge’s ruling and issued statements quickly stating why they found any amount of punitive damages to be unfair.

For Takeda, it was especially important to establish it admitted no wrongdoing in this case because it still faces more than 8,000 product liability lawsuits in the US for the possible mishandling of Actos. 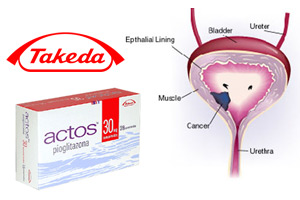