Compensation May Be Available! Inquire Now!

Actos is a drug that is prescribed to help with the treatment of type 2 diabetes. Takeda Pharmaceuticals, the manufacturer of the drug, made billions of dollars from it, as Actos was their bestselling drug. Unfortunately, long term Actos use has been linked to various serious side effects, which include bladder cancer. As a result, various lawsuits have been filed against the company.

The drug was approved by the FDA (The U.S. Food and Drug Administration) in 1999. The drug was marketed by Takeda together with Eli Lilly and it turned out to be a huge success. The patent was lost on the drug in 2011, but the company had made $3.58 billion from the drug in U.S. sales in 2010 alone. In fact, 27% of Takeda’s revenue comes from Actos.

However, the FDA demanded that Takeda update the label’s warnings and precautions section, due to significant concerns about the drug being linked to bladder cancer and lawsuits. This was following a BMJ study on pioglitazone, the active ingredient in Actos, which was released in 2012. This study showed that people had an 83% greater risk of developing bladder cancer if they took Actos for an ‘extended period’.

The BMJ study wasn’t the first of its kind. In fact, Takeda themselves ran several preclinical trials that also demonstrated this relationship. Animal tests also showed that rats would develop bladder tumors. The FDA has stated that there are two further three year studies (the PROactive study and a liver safety study) and that these both identified an increased risk of developing bladder cancer. As a result, Takeda has been forced to complete a 10 year study into the links between Actos and bladder cancer. This data, once completed, will be reviewed by the FDA.

Meanwhile, a black box warning has been included for congestive heart failure. It is a known fact that TZDs, such as Actos, can worsen or even cause heart conditions. Furthermore, those who have stage III, IV or symptomatic heart failure should not take Actos.

The drug is now linked to several dangerous side effects. These are:

Each of these side effects are supported by significant scientific evidence that demonstrate the connection.

Meanwhile, Takeda continues to insist that they properly marketed the drug and that, while Actos may have side effects, its benefits outweight the risks. That being said, Takeda has settled around 9,000 lawsuits in this year alone, costing about $2.37 billion. Most of these cases had to do with Actos and bladder cancer.

At present, over 10,000 different lawsuits have been filed against Actos. Some of these were filed in state courts, others in federal courts. Some are still outstanding and it is believed that Takeda will have to pay significant amounts of damages to these plaintiffs. Out of the first eight lawsuits, Takeda lost five cases, although two of these rulings were later, on appeal, overturned.

In April 2015, Takeda agreed to one of the largest Big Pharma settlements in history, worth $2.37 billion in a massive class action. If this class grows any further, as it very well may, this amount could become $2.7 billion. Under the agreement, Takeda continues to maintain that the benefits of Actos outweigh the risks and that they did not improperly market the drug.

The settlement was agreed in a Multidistrict Litigation (MDL) group in the U.S. District Court in the Western District of Louisiana. The settlement states that all claimants will be awarded compensation based on a ‘points matrix’. Points will be awarded for several criteria (how bad the injury was, the age of the patient, how long they took Actos, what dosage they took, whether there are other risk factors, etc.). An Extraordinary Injury Fund has also been started, from which certain severely injured patients can claim further money.

In the bellwether trial, Takeda was ordered by the jury to pay $6 billion in punitive damages and Eli Lilly was ordered to pay a further $3 billion. This case was the first of the MDL cases to go to trial. The verdict is the 7th largest in the history of our legal system. Usually, when a drug manufacturer loses a bellwether trial, they will start to settle other cases. However, this did not happen with Takeda, mainly due to the extremely large amount involved. Nevertheless, it is believed that the award would actually be reduced, particularly because Takeda immediately started proceedings to appeal the verdict.

What was truly important about this case, however, was that it provided signs and information in terms of how to deal with the many other cases that were also held in the MDL. It is believed that Takeda may have purposefully destroyed evidence, including documents and emails, thereby actually hiding the health risks of their drug. Evidence spoilation, as it is known, is not often taken into account. However, as it was accepted in this case, it is likely to be accepted in others as well. This will make it more likely for the pharmaceutical giant to settle in further cases as well.

Out of the $9 billion, $1.5 million was awarded to Terrence Allen in compensatory damages. This amount may seem small in the grand scheme of things, but Takeda and Lilly stated that they would still appeal it, while feeling sorry for the suffering of the plaintiff. Allen continues to claim that his bladder cancer is present as a direct result of taking Actos for over a year and that he was not warned of these risks, despite Takeda being aware of them. The jury sided with Allen.

Allen’s case was the fourth of its kind. In the three previous cases, Takeda did not end up having to make any payments. They were all trialed in state courts during 2013. One of those three cases was held before a Las Vegas jury. They decided that Takeda was not liable at all. In the other two cases, damages were awarded to the plaintiffs. However, Takeda was able to have those specific verdicts dismissed due to technicalities:

In a California court, a jury awarded Jack Cooper $6.5 million. Cooper, who worked for a telephone company, was diagnosed with bladder cancer after taking Actos. On appeal, Takeda demonstrated that ‘inherently unreliable’ testimony was provided by an expert, who is a doctor, and they used this to have the verdict thrown out.

A Maryland jury gave the family of Diep An an award of $1.7 million. Diep An, an army translator, died as a result of bladder cancer and the family believed this was caused by Actos. The jury agreed. However, Takeda appealed this decision and showed that Diep An’s smoking history was a contributing factor to his death. Because Maryland has strict contributory negligence laws, the award was thrown out.

What these cases show is that juries often rule in favor of those who were injured as a result of using Actos. However, it also demonstrates that all the different cases are unique and that a large variety of factors will have an impact on the outcome of the case. This is why it is so important to seek proper legal representation before taking on the pharmaceutical giant.

Various medical studies have shown that Actos, a type 2 diabetes medication, can cause the onset of bladder cancer. This is a life threatening side effect and there are others. Heart failure is also a real risk to drug users. As a result, several thousands of cases have been started against Actos, with individuals trying to receive compensation for the pain and suffering they have experienced.

The majority of lawsuits touch on one or more of the points below:

If you have been injured by Actos, or a loved one has, you may be able to receive compensation through a jury verdict or through settlement. However, you must be ready to have your claim aggressively contested by Takeda. This is why you should seek assistance from an experienced lawyer who specializes in these cases.

You can seek compensation for financial, emotional and physical damages caused by using this drug. Additionally, when you start a lawsuit, you will send a clear message to Takeda and Eli Lilly. If your claim is successful, you could be awarded different types of damages. These are: 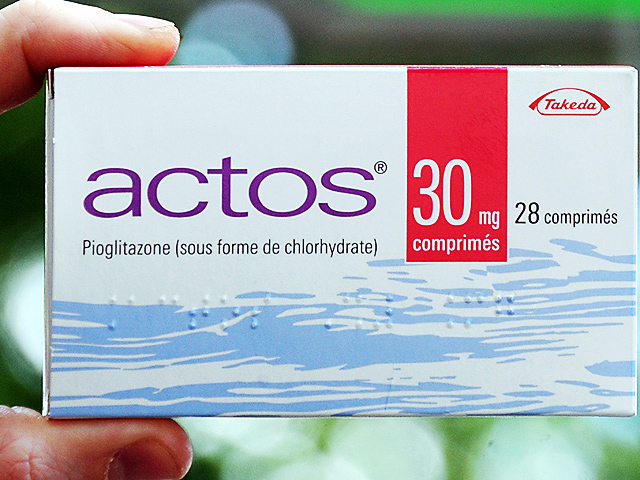