This week, a judge in Oklahoma found Johnson & Johnson and Janssen Pharmaceutical Companies liable for contributing to the opioid crisis in the state. He ordered the company to pay $572 million, which was much less than the $17 billion the state sought.

Judge Thad Balkman in Cleveland County District Court in Norman, Oklahoma is the first judge to provide a ruling in opioid cases being filed by thousands of state and local governments against opioid manufacturers and distributors.

Balkman’s ruling is being watched carefully as more than 2,000 other pending lawsuits have yet to be heard before a federal judge in Ohio later this year. (Foxbusiness.com)

With the opioid lawsuits filed by government agencies across the US, Johnson & Johnson finds itself fighting yet more contentious legal battles over one of its products. In recent years, it also has been fighting lawsuits over its famous Baby Powder. Litigants allege the powder may contain asbestos fibers that can cause ovarian cancer as well as a mesothelioma talcum powder connection.

Johnson & Johnson stated it will appeal the ruling, adding that the decision was ‘flawed.’ The company said that Janssen did not cause the Oklahoma opioid crisis and that the facts and the law do not support the decision. The company said that it realizes the opioid crisis is a complex public health problem, and it has sympathy for everyone who is affected by the crisis.

But it also said the judgment is a misuse of public nuisance law that has already been rejected by other state judges. The large award for Oklahoma’s abatement plan has major ramifications for many industries, J&J said, and bears no similarity to J&J’s drugs or conduct. (NBCNews.com)

Oklahoma Attorney General Mike Hunter brought the case to trial, which took seven weeks. He argued the drug company did an intense marketing campaign that overwhelmed the market in the state, and misled consumers about the risks of taking opioids, including addiction.

The full written decision by Judge Balkman stated J&J’s sales program was made to reach physicians several times in their careers. J&J aggressively promoted an education program about the uses of opioids through sales representatives. It also paid for articles in medical journals and compensated speakers to promote opioid use.

The judge stated in his written decision that none of the J&J programs mentioned dealt with the risks of opioid addiction. There also was no training offered to sales representatives on the history of opioid use or addiction.

However, the decision also stated that while the state of Oklahoma sought $17 billion, it did not provide enough evidence of the time and costs that would be needed beyond the first year of the abatement program.

During the seven-week trial, Hunter said that J&J and other drug companies were in a hurry to produce a ‘magic pill’ to make more money. They allegedly ignored many years of scientific research that showed how dangerous opioids can be. The judge listened to testimony from victims of the opioid crisis, such as the father of a college football player who died from an opioid overdose.

Hunter said J&J engaged in a ‘cynical and deceitful, multibillion-dollar brainwashing campaign’ to make opioids to be a ‘magic drug.’

The Centers for Disease Control and Prevention have found that opioids were responsible for at least 400,000 overdose deaths from 1999-2017. Hunter wants at least $17 billion to cover the costs related to the state of Oklahoma addressing the drug addiction problem for the next three decades, including paying for treatment and prevention programs.

Oklahoma attorneys say J&J is an opioid ‘kingpin’ and also said its aggressive marketing campaign is a public health nuisance, under law. But J&J says it has not engaged in misconduct and showed research in court that showed its painkillers, Nucynta and Duragesic, were a small fraction of opioids that were prescribed in Oklahoma.

The state escalated the trial after it resolved claims against OxyContin manufacturer Purdue Pharma LP in March 2019 for $270 million and against Teva Pharmaceutical Industries Ltd in May for $85 million.

Attorneys for the plaintiffs say the opioid lawsuits are similar to legal action against the tobacco industry that led to the massive $246 billion settlement in 1998. City and county attorneys in Oklahoma hope the decision serves as a model for future legal resolutions in serious public health issues, such as firearms, climate change, and pollution.

Johnson & Johnson Under Fire In Other Lawsuits

Opioids lawsuits are not the only headache J&J is facing in 2019. The health products company also is facing thousands of lawsuits because of possible cancer risks of J&J Baby Powder.

Thousands of plaintiffs allege that J&J Baby Powder can cause cancer, including ovarian cancer and mesothelioma, because of traces of asbestos in the powder. It is believed that when women use the talcum powder on their genitals for hygiene purposes, the powder can get into the vagina and fallopian tubes, and eventually reach the ovaries, leading to talcum powder induced cervical cancer.

Also, some women allegedly have breathed in the talcum powder dust and developed mesothelioma, a painful cancer of the lung lining that is almost always fatal.

The talcum powder ovarian cancer lawsuits state that Johnson & Johnson was aware that some talcum powder samples from the early 1970s until the early 2000s tested positive for traces of asbestos. Instead of warning the public and FDA, they chose to keep the news hidden.

There have been several verdicts awarding millions of dollars to baby powder cancer sufferers, including a record-breaking $4.7 billion case in Missouri involving 22 women with ovarian cancer. (Washingtonpost.com)

Between the opioid and baby powder lawsuits, the J&J public image has been taking a beating among Americans consumers. It remains to be seen how many of the pending lawsuits will be decided against J&J. But there is no question the famous company is losing money and suffering blows to its image with the thousands of personal injury lawsuits against it. 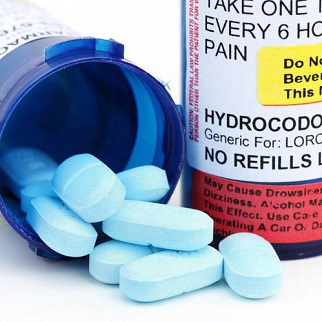