If you have been affected by the use of talcum powder or someone you know has been, contact us for a FREE case review your case and file a claim. There may be substantial compensation available. There is no charge or obligation attached to case reviews.

Johnson and Johnson has lost another lawsuit over its talcum powder that is alleged in some cases to cause cancer.

A jury in St. Louis awarded $70 million to a woman in California who claimed that her ovarian cancer was due to many years of using a baby talc that was made by J&J. The trial began on Sept. 26 and ended Oct. 27. This is the third successful baby talc lawsuit against J&J in 2016.

J&J is currently facing more than 1200 talcum powder cancer lawsuits but it says that it will be filing an appeal in the most recent verdict.

The woman in California is named Deborah Giannecchini, and she was diagnosed with ovarian cancer in 2012, and her lawsuit accused the company of negligent conduct in the production and marketing of the baby powder. The suit claimed that Giannecchini got the disease by using talcum powder in her genital area for years.

The woman claimed in the lawsuit that she used baby powder products from J&J for more than 40 years, and that talc was found in her ovaries.

The attorney for the woman stated that he was pleased that the jury ‘did the right thing. They have reaffirmed that J&J needs to warn the general public of the danger of ovarian cancer that is associated with this product.

However, J&J denies that there is any cancer risk with its baby powders, even when used on the genitals. The spokeswoman for the company stated that while J&J is sympathetic to the woman and her family, the science shows that Johnson’s baby powder is safe for daily use.

Earlier in 2016, two other talcum powder ovarian cancer lawsuits against J&J in St. Louis ended in verdicts that were worth more than $100 million. However, two other lawsuits were thrown out in NJ by a judge who stated that there is not enough evidence to show that baby powder leads to cancer.

Approximately 2,000 women have filed similar lawsuits against J&J, and lawyers are poring over thousands of other potential cases. Most of the leads for those cases have come from ads that promoted the big verdicts that have come from St. Louis recently. One of them was a $72 million award in February 2016 to the family of a woman in Alabama, and also a $55 million award to a woman in South Dakota.

However, law firms in St. Louis have represented plaintiffs in three local cases, and they have cited other scientific research that suggests there is a link between talcum powder and ovarian cancer.

Also, internal J&J memos have revealed over the years that the company knew there were studies that showed a link between ovarian cancer and talcum powder.

In recent years, there have been many cases where women have found that they have ovarian cancer. Some experts contend that the disease can be caused by using talcum powder products, which are often used to reduce odor and absorb moisture in the vaginal area.

Until 1971, some baby powder actually contained asbestos, which is well known to cause deadly cancers of various types. Long term use of any johnsons baby powder containing asbestos fibers can lead to cancer. Also, regular baby powder can get into the vaginal canal and into the ovaries. It is debatable whether regular baby powder is harmful or not, but there is enough evidence to suggest there could be a potential link.

If you think that you may have suffered a personal injury such as cancer due to the use of baby powder, you may want to talk to an attorney who is experienced in baby powder personal injury cases. You will need to talk to each talcum powder cancer attorney that you are thinking about hiring to ensure that you feel comfortable with him or her. It is important for you to bring all of your medical records that are related to your condition, as well as a list of expenses that you have had since you were diagnosed with cancer.

Any case that involves ovarian cancer that may have been caused by talcum powder is handled as a personal injury lawsuit. You have suffered harm, and if it can be proven in court that talcum powder caused it, you could be entitled to compensation. Please note statute of limitations will need to be evaluated for each filed case.

As in some of the previous cases, juries have awarded punitive damages as well; these damages are intended to punish the defendant; this could be deemed appropriate by some juries given that there are internal J&J documents that show that the company was aware of a potential cancer link, yet never considered putting a warning label on its products. 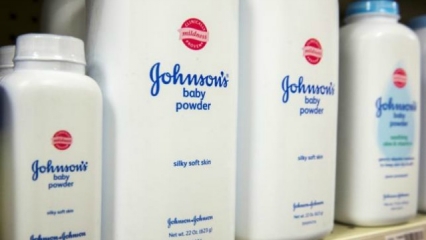