Johnson & Johnson shares dropped this week after the company was told by a jury in California to pay $29 million to a woman who said the asbestos in J&J’s talcum powder-based products led to her cancer. (CNBC.com)

This was the latest defeat for Johnson & Johnson. The healthcare giant is facing thousands of similar lawsuits where consumers claim that their baby powder products led to their cancers. The firm denies all allegations that their talcum powder causes ovarian cancer. It argues that many tests and studies by regulators around the world show that talc is safe and does not contain asbestos.

The company, based in New Jersey, said it plans to appeal the verdict, which came out of California Superior Court in Oakland. A J&J spokesperson said that while the company respects the legal process, jury verdicts are not appropriate medical, scientific or regulatory conclusions about J&J products. They said they are disappointed with the verdict and intend to appeal, because the company’s baby powder does not have asbestos and does not lead to any form of cancer.

At this time, J&J faces at least 13,000 lawsuits related to talc. Last year a jury in Los Angeles awarded $21 million to a woman who said her cancer was caused by J&J baby powder. J&J also was on the losing end of a motion to reverse a jury verdict in 2017 in Missouri that awarded $4 billion to 22 women who said their ovarian cancer was caused by trace amounts of asbestos in the firm’s products.

Just the Latest Loss for J&J in Court

The above verdict is the seventh trial loss for J&J in the past several years over claims that it hid the many health risks of baby powder products for 50 years. But J&J officials argued during the trial that Superior Court Judge Brad Seligman made several errors in rulings on evidence and produced in the trial that should have led to a mistrial.

But the plaintiff’s attorney, Joseph Satterley noted that another jury had already rejected the decades-long deception by J&J that claimed their baby powder products had no asbestos.

Satterley argued that hundreds of company documents showed what the company had hidden for years. He said he was proud of the jury’s hard work and was confident that jurors in other J&J talc cases will follow science and the law.

The Oakland jury of five men and seven women ordered the company to pay $29 million in actual damages for Leavitt’s injuries after it found J&J’s handling of the baby powder laced with asbestos was a major factor in the woman developing cancer. The panel also cited the company for not adequately warning the public about the possible risks of the powder.

Plaintiff Not Expected to Live Past 2020

According to Teresa Leavitt’s doctors, she has advanced mesothelioma, which is a terminal cancer affecting the lining of the lungs. It normally occurs through breathing in asbestos fibers over several years. The mother of two stated during the trial that the baby powder was used on her as a child, and she used it herself as an adult. She would use it as a ‘dry shower’ and as a makeup foundation.

Her attorneys stated that internal company documents showed that officials knew since the 1970s that their baby powder mined in Italy and Vermont had small amounts of asbestos, but did not alert regulators or consumers. Asbestos is frequently mixed in the earth with talc and must be careful to strain all asbestos from the talc.

Although Leavitt stopped using J&J baby powder 20 years ago, recent tests of her lungs showed signs of asbestos, according to an expert witness who testified for the plaintiff during the trial. He said the type of asbestos found was not industrial grade, which suggested it meant that it was not something she was exposed to on the job.

J&J attorneys argue there is no scientific evidence that their baby powder led to her mesothelioma, and evidence of talc in her lung tissue could have come from many sources. (Bloomberg.com)

J&J has long made the argument that several clinical studies show their powder is free of asbestos and that cancers plaintiffs have were related to asbestos exposure at work or via building materials in offices or homes.

Johnson & Johnson will not affix a warning label on its baby powder bottles, even though a jury in California last year asked the judge to order the firm to do that. After the judge said he would not do it, the panel ordered J&J to pay $27 million in damages to a woman who said their baby powder caused her cancer.

After this week’s verdict, one juror said she would likely not buy J&J baby powder in the future. She said the evidence showed the company knew their products had asbestos in them, and for her, the worst part was they did nothing to warn consumers.

Another juror noted that J&J was irresponsible for not following up on studies that showed some level of presence of asbestos in baby powder. But she said she did not think the plaintiff’s lawyers showed that her cancer was due to talc exposure. She said she did not think they made a strong enough case that the powder contained enough asbestos to lead to Mesothelioma cancer. 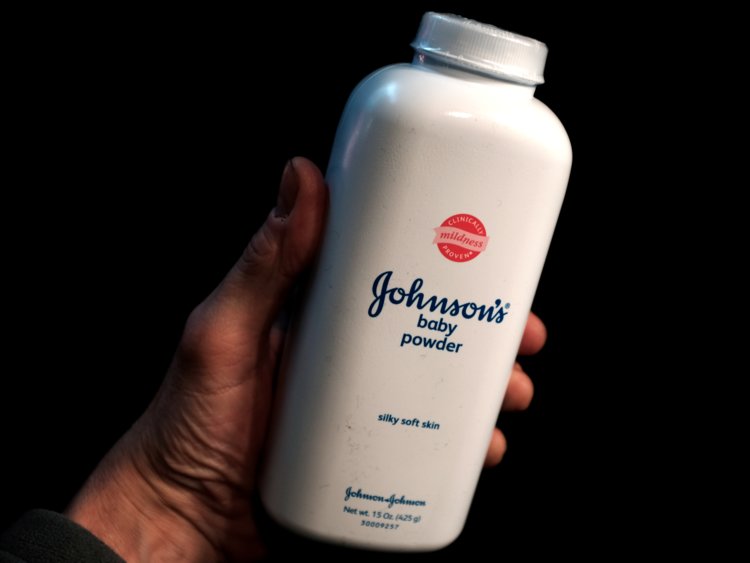