A woman in Dallas who was paralyzed three years ago in a Honda minivan on an Uber ride has won $37.6 million in a personal injury lawsuit filed regarding the seatbelt system used in Hondas.

Sarah Milburn, 27, was a passenger in a Honda Odyssey minivan in 2015 when it was hit by a pickup truck in Dallas at the intersection of Fitzhugh and McKinney avenues.

The Odyssey was being used for Uber riders, and the driver drove through a red light. The minivan rolled and the woman, who was in the middle third row seat, received a broken neck and is now a quadriplegic. (wfaa.com).

The jury on the personal injury lawsuit case awarded the large amount to Milburn. She also sued Uber. The case last week was against Honda Motor Company, which is a subsidiary of Honda out of Torrance CA.

The lawsuit claimed that the design of the seatbelt for the third row middle seat had several defects. (See seatbelt lawsuits & payouts). Specifically, it has a two part system that requires the rider to anchor the detachable shoulder strap from the ceiling of the van and pull it across the hips before it can buckle. According to the woman’s attorney, the jury was able to understand that it is not just enough for a car to have seatbelts. They need to be sure that they are easy and safe to use.

The jury determined that the manufacturer was negligent in the design of the 2011 Honda Odyssey seat belt system. Although the system was in compliant with US government regulations, those rules were not enough to protect riders from unreasonable safety risks.

Also, the jury determined that the driver who was both speeding and ran a red light when the crash happened, was negligent in his actions. The jury found that Honda was 63% responsible for her injuries, and the driver was 32% responsible. They also found that Milburn herself was 5% responsible.

Honda has stated that it is highly disappointed with the verdict and will make an appeal. The company noted that the design of the seatbelts complies with all federal safety standards, and is similar to most minivans in the 2011 era. It noted if the seatbelt had been properly worn, the plaintiff would not have been injured.

The crash left Milburn with devastating injuries including being paralyzed from the neck down. She also had pneumonia for weeks after the crash, which can more easily develop when a person is on a ventilator for extended periods. Eventually, she was able to go to a rehabilitation hospital and then move to her parents’ house. At this time, her parents put all of their efforts into helping their daughter. (dallasnews.com).

Other Honda Seatbelt Lawsuits in 2018

This is far from the first time Honda has been hit with a lawsuit for defective seatbelt design. In 2018, American Honda Motor Co. was hit with a class action lawsuit that alleged that certain 2017 and 2018 model year Honda CR-Vs can only safely seat four people, although they are advertised they can seat five.

The plaintiff, Bill Schepler, alleged that Honda has deceptively advertised the Honda CR-V as having three point seat belts at all five seats. But the seatbelts in the back of the vehicle are made so that only two of the passengers can buckle their seatbelts at once.

To buckle the backseat middle passenger’s seat belt, it is necessary for the passenger to pull the latch plate from the holding slot  in the ceiling of the CR-V. The small latch plate is supposed to be attached to the anchor buckle prior to the seatbelt being fastened in the same way as a shoulder or lap seat belt, the class action suit states.

As a result, it is impossible for the plaintiff to transport three passengers in a safe manner in the back of the CR-V. The configuration prevents passengers in the CR-V from fully complying with the safety manual in the vehicle. It also presents a serious safety hazard to passengers who are in the backseat of the vehicle.

The suit states that the Honda advertisements about the seating capacity of the CR-V are made deceptively because not all three point seat belts can be used at once. The plaintiff stated that he bought the 2018 vehicle because he did want a vehicle that had a safe seating capacity of five so that he and his wife could transport their children in a safe manner.

Soon after he bought it, he soon found that the rear driver’s side seat buckle was in a backward fashion, so the passenger in that seat could not buckle their belt without overlapping that of the middle seat passenger.

The plaintiff further alleges that the company has violated sections of the Illinois Consumer Fraud and Deceptive Business Practice Act. 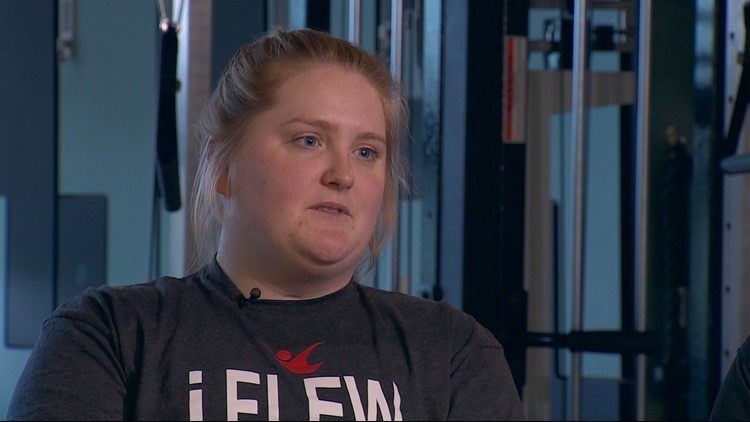