The Ford Motor Company issued a recall last week of 103,000 vehicles due to the seat belts possibly not restraining the occupant if a crash occurs, which could lead to a higher risk of injury. (Silive.com)

Ford announced the recall for certain 2015 Ford Fusions and 2015 Lincoln MKZs for a problem with the seat belt anchor pretensioners. In the vehicles that are affected, higher temperatures that happen during seatbelt deployment can reduce the tensile strength of the cable under the level required to keep the passenger restrained, according to a company press release.

The press release stated that seat belt assemblies that do not restrain the person in a crash could heighten the risk of being injured. (Foxbusiness.com)

The safety recall is for 103,374 cars and SUVs in the US. The affected vehicles are:

Ford noted that it knows of one injury that has happened because of the problem with the seatbelts. During repairs, dealers are applying a special coating to protect the lower cable when the pretensioner is deployed.

Also, last month, Ford Motor Company did a recall of 58,000 Focus cars because of a possible fuel tank problem. The safety recall was issued on certain 2012 and 2017 Focus vehicles that had to 2.0 liter engine. Also affected were 2013 and 2014 Focus ST cars that have the 2.0 GTDI engine.

And, in early 2019, Ford had a recall of 953,000 vehicles that had defective Takata airbags. Plus in June 2019, the company recalled 1.2 million Ford Explorers because of an issue with the rear suspension that could affect steering.

Seatbelt Problems Are Nothing New for Ford

In September 2018, more than 2 million Ford trucks were recalled because of seatbelt fires. There were at least 20 reports of smoke or fire coming from the front seatbelts of some Regular Cab and SuperCrew Cab vehicles built from 2015 to 2018.

The problem, Ford said, was with the driver and front passenger pretensioners. The pretensioner is attached to the bottom of the seatbelt clip. During a wreck, it forces the clip to go down, which protects the person by pulling them into the car or truck seat. This piece may involve explosives.

According to Ford’s investigation, they determined that some front seatbelt pretensioners can create excessive sparks when they are deployed. The sparks can lead to fire in the carpet or insulation. The company said it has seen at least 17 reports of fire or smoke in the United States and six in Canada. It says it has not gotten any reports so far of injuries or accidents. Most affected trucks are in the US, but Canada has 340,000 and Mexico has 36,000.

According to the National Highway Traffic Safety Administration, two fires that occurred due to the seatbelt problem went out on their own, but three vehicles were destroyed by the resulting fire.

According to one complaint on file with the NHTSA, a truck owner said a deer hit their vehicle, which caused the airbag to deploy. They then saw a fire had started near the seatbelt. The truck burst into flames in minutes and was totaled.

In a statement, the NHTSA stated car owners should be looking for recalls from the Ford Motor Company and take action when it is time to get the repair which is covered by the manufacturer.

This seatbelt recall was costly, with the total at around $140 million.

Some Seatbelt Parts Built By Takata

About Seatbelt Failures and Lawsuits

The above seatbelt defects were caused primarily by the pretensioners, but there are other types of seatbelt failures that can lead to injuries and deaths, as well as lawsuits:

To date, Ford has not faced any defective seatbelt lawsuits over the above seatbelt failures and recalls, but it is possible some vehicles that are not repaired could result in passenger or driver injury. 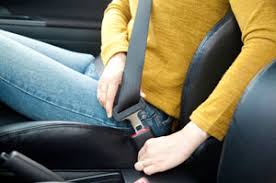