Just weeks after global health experts sparked worries about a cancer-causing substance in Zantac, three major US drugstores have pulled the drug to treat stomach acid from store shelves. (Yahoo.com)

A CVS press release stated that the company had stopped selling all Zantac brand and CVS brand ranitidine products for the time being. The action was taken out of an abundance of caution after FDA issued a Product Alert that ranitidine products may contain low levels of nitrosodimethylamine (NDMA), which is a probable human carcinogen.

Also, Walgreens spokesman Phil Caruso said essentially the same thing. Walgreens is removing Zantac and other ranitidine products from store shelves while the FDA continues to review the products. Rite Aid also is doing the same; the company reported to the Washington Post that it is taking Zantac from store shelves.

After three of the largest drugstore chains in the country have taken such bold action, many are worried even more about the safety of Zantac. In an FDA report issued on Sept. 13, the agency stated that Zantac is the brand name for the generic drug ranitidine, which is an OTC drug that reduces levels of stomach acid. (FDA.gov)

Ranitidine can alleviate ulcers and relieve gastroesophageal disease. FDA noted that scientists determined the drug had low levels of NDMA. The agency also reported NDMA is a known contaminant in the environment and is found in foods and water, including dairy products, meats, and vegetables.

Some drug industry officials have been concerned that many ranitidine drugs are made in China and India. This raises questions about the quality of generic drug manufacturing in factories around the world. News agencies have reported before on poor quality control and attempts to hide problems from the FDA. (Bloomberg.com)

When Scott Gottlieb was named FDA commissioner in May 2017, he said he wanted to get more generic drugs on the market because more competition would decrease drug prices.

The FDA commissioner’s actions on generic approvals did receive praise from both parties. But some in Congress have wondered if fast-tracking generic drug approvals have come at the cost of ensuring drugs that are already on the US market are safe and effective?

No Mention of FDA Recall

The FDA did not mention in its Sept. 13 press release that it was recommending a recall. But the agency did suggest that consumers worried about taking in low levels of NDMA may want to take other drugs. It stated that the FDA is not telling consumers to stop taking ranitidine. But patients who are taking prescription ranitidine who want to stop using it should talk to their doctor about other options for stomach treatments.

Further, people who are taking OTC ranitidine may consider other OTC drugs that are approved for their stomach condition. There are other drugs on the US market that may be used in place of ranitidine.

On the FDA website, FDA links to a portal where consumers and health care professionals can report adverse events associated with ranitidine. The hope is to obtain a better understanding of how NDMA is affecting people who are using it. But at this time Center of Drug Evaluation and Research Director Janet Woodcock, MD, is not overly concerned.

Woodcock said that patients should trust that their medications are as safe as possible, and the benefits outweigh the risks. While NDMA can cause harm when taken in large quantities, the levels of the contaminant that the FDA found in Zantac and ranitidine in early tests are barely more than what is present in common foods.

Other Drugs Being Investigated for NDMA

It is not the first time that NDMA was found in trace amounts in a common drug. Since 2018, FDA has been studying NDMA and related impurities in heart failure and blood pressure drugs called angiotensin receptor blockers (ARBs). Several recalls have been started as FDA found high levels of nitrosamines in several drugs that contain valsartan.

A study that was released in 2018 in the BMJ medical journal did not find an increased short term overall risk of cancer among people who took valsartan contaminated with NDMA. But the study further noted that more long term cancer research was necessary. (CNN.com)

Although FDA is not sounding alarm bells over NDMA contamination in Zantac, there have been previous lawsuits filed over the contaminant in the drug. (In-pharmatechnologist.com)

A lawsuit was filed in September 2018 in US District Court for the Northern District of California against Sanofi and Boehringer Ingelheim. They were accused in the lawsuit of knowingly manufacturing and selling OTC Zantac containing a carcinogen to millions of Americans.

The class-action lawsuit suggested the dangers of the drug has been known for four decades, and that both companies knew or had reason to know that Zantac exposes people to unsafe levels of a probable human carcinogen. 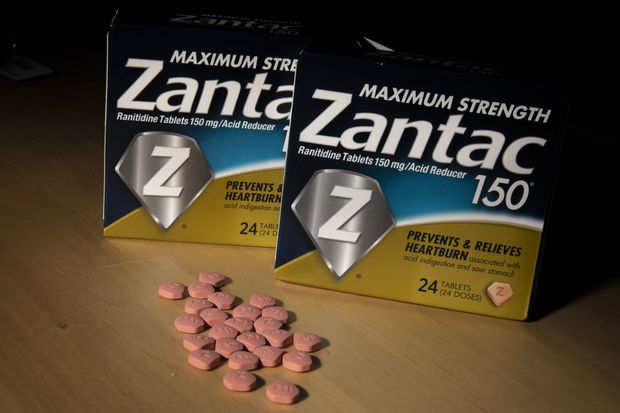