Unfortunately, the elderly are prime targets for scams, so much so that scams that are focused on them are known as ‘the crime of the 21st century’. The reason behind this is mainly because fraudsters believe seniors have lots of money.

Additionally, it is a known fact that many scams are unreported and that they are very hard to prosecute. As such, they are classed as low risk crimes. In reality, however, they are devastating to the elderly, leaving them vulnerable and often in a state of poverty.

It is important to understand that wealthy seniors are not the only ones who are targeted. In fact, any elderly person is of risk. Most worrying of all is the fact that fraudsters are often people in a position of trust.

It is reported that 90% of cases of elderly abuse are committed by children, then grandchildren and nieces and nephews.

It is vital, therefore, that elderly people are empowered to recognize the different scams. Below is a list of the top 10 scams targeting seniors in particular.

Every permanent resident and legal citizen of this country who is 65 years old or older will qualify for Medicare. This means that a fraudster usually doesn’t even have to research the insurance company someone is with if they want to scam them out of money. Most of the time, scammers will pretend to be a Medicare representative in an effort to collect personal information from an elderly person. They may also run a bogus mobile clinic to offer care, for which they then bill Medicare.

These scams are usually found online. Seniors often turn to the internet to find more affordable drugs. The Food and Drug Administration investigates many different cases of counterfeit prescription drugs each year, and the number of cases is constantly rising. Counterfeit prescription drugs are incredibly dangerous. They will rarely be effective in treating a condition, and they may also contain a variety of ingredients that are actually harmful to the patient.

The FBI has issued official warnings about various funeral and cemetery scams. One scam involves fraudsters attending strangers’ funerals after reading their obituaries and claiming that the deceased had an outstanding debt with them. A second type of scam involves funeral homes who try to defraud relatives of the deceased by selling them expensive caskets and other services.

The media constantly shows us pictures of young, glamorous and beautiful people. We often worry about the effect these have on the young, but they pose similar dangers to the elderly. Since the population is also aging, more elderly people are looking for ways to continue to at least look young. Scammers are aware of this, which is why fake products are becoming so popular. In 2006, two Arizona fake Botox suppliers were jailed after four patients became ill.

While these types of scams can happen on any type of anti-aging product, the Botox ones are particularly frightening. This is also because the root ingredient of Botox is a very dangerous toxin. If not used properly, it could cause serious damage.

Telemarketing scams usually target single women over 60 in particular. It is a known fact that the elderly make more telephone purchases than any other age group. It is believed that one of the reasons for this is that they are lonely and will welcome a conversation with a telemarketer. However, this leaves them open to scams and frauds. There is no paper trail or face to face interaction with a telemarketing scam, which is why it is so hard to trace and prosecute these. Most worrisome of all is that if one scammer is successful, the personal information of the elderly person is often shared with other scammers.

There are many types of common telemarketing scams. One of the most common is the ‘pigeon drop’. Here, elderly people are told that someone has found a lot of money and that they will be willing to split the money if the former will pay a number of fees. The telemarketer will usually pose as someone who can be trusted, such as a banker or a lawyer.

Another common scam is the fake accident ploy. Here, a telemarketer will inform elderly people that they have a relative in the hospital and that they require some money. They essentially pray on the goodwill of senior citizens.

Finally, there is the charity scam. Elderly people have been known to donate more to charity. As such, it is common for a telemarketer to pose as a charity representative and ask for money. If any natural disaster or other type of crisis is happening, these scams tend to become more prevalent.

Internet fraud is perhaps not the most common type of fraud targeting the elderly, but it is on the rise. This is because increasing numbers of seniors are starting to use the internet and they often don’t know how to protect themselves properly. If they have anti-virus software, it is often not switched on or updated, and they are also more likely to accept pop ups and click on various links. Elderly people are simply not as familiar with the different elements of web browsing, and this makes them more susceptible to scams.

Phishing and email scams are also becoming more commonplace. These include the Nigerian 419 letter, or emails that look as if they are official, such as the IRS or their bank, which ask them to click on a link. While most younger people are aware of these dangers, elderly people often are not.

Most seniors are thinking about retirement, or are looking for ways to make their retirement more comfortable. This puts them at risk of falling victim to some sort of investment scam. Many different scams exist, including (again) the Nigerian 419 letter or the Bernie Madoff ponzi scheme. Con artists expect elderly people to know very little about the world of investments and take advantage of this naivety.

The reverse mortgage is a fantastic financial construction for elderly people who want to enjoy their retirement more comfortably. Unfortunately, it also means that they are targets for scammers. The majority of people above 60 own their homes outright, which means that the value that could be attached to a reverse mortgage scheme is very high.

There have been various schemes across the country. However, one of the most elaborate was the 2009 San Diego tax scam, whereby people received official looking letters from the County Assessor’s Office. Essentially, people were offered a service described to help them lower their property taxes, but none of this was actually true.

Legitimate reverse mortgages are becoming increasingly popular because of their effectiveness. However, it is all too easy for people to be scammed through these as well. Many people have already lost their homes because they did not truly understand how the system worked or because they made small mistakes that allowed their property to be foreclosed upon.

Many people have heard of this particular scam and, thankfully, more people are starting to understand that you don’t simply win a fantastic prize by doing nothing, including putting your name down for a prize. However, scam artists are improving on their tactics daily and will not often tell you that you did put your name down when you signed up for a different service in the past. By posing as trustworthy individuals, the elderly are conned into transferring money for the postage of their prize, to open up a foreign bank account and more.

Finally, there is the grandparent scam. This is a simple scam, but it is so incredibly devious. This is because it uses the most reliable asset elderly people may have: their heart. A con artist will telephone an elderly person and say something along the lines of ‘Hi grandma (grandpa)! Do you know who this is?”. When the elderly person answers with a name, the scammer already has a way in. At that point, they will make up a fake problem such as car repairs, overdue rent and so on, asking for money. The conversation will usually end with a statement such as ‘Can we keep this between us, I don’t want to disappoint my parents.” It is a frighteningly easy scam, and money lost often runs into the hundreds of dollars. Plus, a scammer could potentially repeat it with the same elderly person several times.

It is very important to not be embarrassed if you feel you have been the victim of a scam, as other people have experienced what you are going through today. There are many local and national organizations you can speak to for help and it is recommended to already have a list ready of phone numbers such as your bank, the local police and National Adult Protective Services. Do also make sure you look into to your personal Eldercare Locator Service. They can be reached over the telephone at 1-800-677-1116. 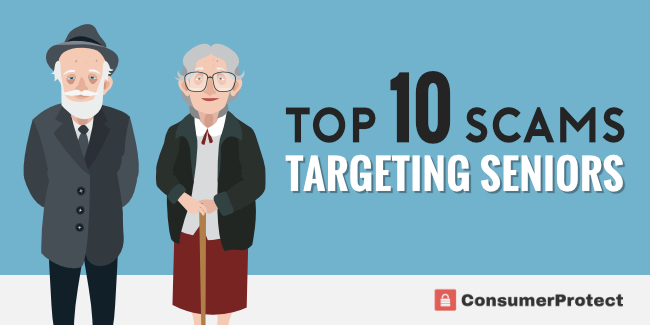