Teratogens are agents that can cause a fetus to develop birth defects due to exposure. Usually, they are drugs, but they can also be infectious agents, including viruses and bacteria. A fetus can be affected by a teratogen from just a few weeks after conception, and the risk can continue to exist until the end of the second trimester. It is because of this that women should always avoid taking any kind of medication during their pregnancy. However, there are situations in which taking medication outweighs the risk, particularly if it is a life saving drug for the expectant mother.

Assessing the Dangers of a Teratogen

There are still many drugs of which scientists do not know whether they are a teratogen or not. This is because tests need to be done in terms of how the drug affect the development of the embryo, how easy it is for the substance to pass through the placenta, and what timing and dosage of fetal exposure are relevant. Because of all these factors, doctors find it very difficult to accurately predict the dangers of a teratogen. Additionally, certain drugs interact with each other, meaning they could be safe on their own, but not when used together. Then, there is the fact that it may be possible for a drug to only become a teratogen if a woman is also exposed to certain environmental factors, and her genetic predisposition may also play a role. While case control studies do exist, they are often very limited.

“The case-control study design offers an operationally efficient approach to measuring an association between an exposure and an outcome, especially when the outcome is rare, as is true for specific birth defects. Case-control studies typically rely on retrospective exposure measurement, which presents a major challenge and sets up the possibility of recall bias. Approaches are discussed to keep sources of bias to a minimum, including recall, non-differential information, and selection biases. Case-control studies can play an important role in this process for both hypothesis-generation and hypothesis-testing of potential teratogens.”

What Are the Risks?

All pregnancies carry a 3% risk of ending up with a congenital defect. This means that some defects may be associated with drugs, but were actually caused by the luck of the draw. To date, there is no evidence to suggest men taking certain drugs can affect the unborn fetus. However, men can experience fertility issues due to these drugs.

A well-known teratogen is thalidomide, which women took to fight morning sickness during the 1950s and 1960s.

“In 1962, Lenz reported that worldwide, more than 7,000 affected infants were born to women who took thalidomide, and that ingestion of even one tablet was sufficient to produce a child with deformities of all four limbs. Fifty years later, the resonating effects of the medical epidemic are still seen in the now-adult victims born during the time in which the drug was considered safe.”

Birth defects in those whose mothers had taken the drug were very severe. They included absence of limbs, short limbs, absent or incomplete growth of the bones, abnormalities of the eyes and ears, congenital heart defects and more. The fact that thalidomide is a teratogen was discovered accidentally.

Another example is isotretinoin, which is a remedy for acne.

“The acne drug Accutane is as dangerous a cause of birth defects as thalidomide, causing 40% of women to miscarry and 25% to have children with severe birth defects if taken early in pregnancy.” See Accutane birth defects lawsuit options.

Isotretinoin was actually dubbed the new thalidomide. Reported birth defects included hydrocephalus, mental retardation, microcephaly, cleft palate and lip, anomalies of the limb, cardiovascular system and eye and more. If someone had used isotretinoin, the official recommendation is not to become pregnant for at least one month after having last used it.

Unsurprisingly, many ‘recreational’ drugs are also classed as teratogens. Alcohol, for instance, can lead to FAS (fetal alcohol syndrome) or FAE (fetal alcohol effects). Cocaine has similar affects on the developing fetus. Most worrying is the fact that these are avoidable disorders, as women know that these drugs are teratogens. Yet, the leading cause in mental disabilities in this country in children is FAS. Children born with FAS/FEA also have a number of other physical and mental conditions, which range in severity depending on the alcohol intake of the mother during pregnancy.

“About 85% of children with fetal alcohol spectrum disorder have characteristic facial features (wide-set eyes, thin upper lip, flat nasal philtrum, small head size called microcephaly). The degree of facial involvement does not correlate with the degree of brain dysfunction for the child, making the hidden effects of alcohol exposure the most damaging to the child, long-term.”

The problem with alcohol during pregnancy is that reports are conflicting. During the 1970s, women were told that drinking a glass of red wine a day was beneficial to the baby due to the flavanoids. Today, it is believed that even the smallest amount of alcohol could be damaging to the unborn child. While it would be rare for a child to be born with FAS/FEA if the mother drank a single glass of red wine each day, the chance does exist and should be avoided.

In terms of cocaine, a very popular recreational drug, it has been scientifically proven that the drug increases the chance of miscarriage or, if carried long enough, early labor. Additionally, newborns often have disturbed behavior including irregular sleeping patterns, irritability, poor feeding and muscular rigidity. Additionally, with prolonged and heavy exposure, a fetus could develop genital and urinary malformations, as well as defects of the skull, intestines and limbs.

As previously stated, not all teratogens are drugs. They can also be a virus or bacteria, including rubella, syphilis and toxoplasmosis. In these cases, the mother is infected and then transmits her infection to the unborn fetus. Toxoplasmosis is very common in people who have cats, as it is transmitted through contact with feces, which often happens when someone cleans the litter tray. With infectious teratogens, the danger is most severe in the last few weeks of pregnancy. It is believed that if a mother’s infection is not treated, the chance of giving birth to a child with birth defects is increased by 20% to 30%. This is why it is often advisable for a woman to take antibiotics during pregnancy, as this can remove the infection without putting the unborn baby at risk.

In case of syphilis, the chance of fetal infection is quite large and common side effects include neonatal death, stillbirths and miscarriage. Additionally, a number of other congenital effects can be noticed.

“Symptoms in newborns may include: Failure to gain weight or failure to thrive, Fever, Irritability, No bridge to nose (saddle nose), Rash of the mouth, genitals, and anus, Rash — starting as small blisters on the palms and soles, and later changing to copper-colored, flat or bumpy rash on the face, palms, and soles, Watery fluid released from the nose.”

The effects often continue into adulthood. It is vital, therefore, that a pregnant mother is tested for syphilis (and other sexually transmitted infections), so that she can be treated. If treatment is provided early enough, the baby can be born without defects.

Finally, there is rubella, also known as ‘German measles’. CRS (congenital rubella syndrome) can occur if a woman who does not have immunity to rubella comes into contact with the virus during pregnancy. Major birth defects can be experienced, including blindness, heart malformation, mental retardation and deafness. CRS was almost eradicated, but due to the non-vaxers campaign, it is once again rearing its head.

If you think you were exposed to a teratogenic drug or other dangerous substance from medical negligence, it is important to be aware of your legal options.

You particularly should look for attorneys that are experienced in birth defect lawsuits & litigation, and have the financial resources to take a stand against powerful companies and industries that cause pregnant women to be exposed to toxic substances. You could be entitled to compensation for your child’s birth defects, medical costs, pain and suffering, and more.

Talk to a teratogen lawsuit attorney today for a complimentary legal consultation. 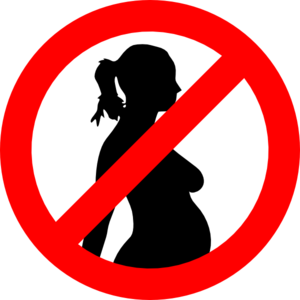