Celexa, also know by the generic name citalopram, is a medication typically used to treat depression. Celexa is an SSRI or Selective Serotonin Reuptake Inhibitor, which means it changes mood by blocking neurotransmitters from being reabsorbed by the brain. Celexa is a non habit forming drug and, as is typical of SSRIs, it is slow acting, taking commonly two to three weeks to effect noticeable change in an individual.

Celexa is one of many pharmaceuticals produced and distributed by Forest Laboratories, LLC, which was recently acquired by Actavis. This company boasts of being the one of the fastest growing pharmaceutical companies, and credits this growth to their devotion to strong research and development.

First introduced in the UK, Celexa was approved for sales in the United State in 1998. Celexa quickly became an incredibly popular drug and was the third most prescribed medication in 2013.

The FDA-provided Medication Guide for Celexa indicates that this medication is intended to be used to treat depression. Although it hasn’t been approved by the FDA for this purpose, it is also used to treat obsessive compulsive disorder.

Currently, Celexa is only available to take orally in tablet form.

Side Effects of Celexa

The side effects are outlined by the FDA-approved Medication Guide guide for Celexa. According to information provided in the guide, individuals should avoid suddenly discontinuing the use of Celexa as the withdrawal symptoms may be dangerous to their health.The possible side effects are as follows:

In addition, some drugs may pose an interaction risk when taking them concurrently. These include, but are not limited to antiplatelets, NSAIDs, and MAO inhibitors.

Celexa is categorized as a class C pregnancy drug, which means in animals studies there have been negative effects on the fetus when Celexa was taken during pregnancy. However, there is inadequate research to determine potential harm in human pregnancies.

Mild symptoms exist most commonly when Celexa is taken during pregnancy. When taken during the first trimester, mothers have an increased chance of miscarriage, as well as early labor and delivery. If taken after twenty weeks, newborns have a chance of exhibiting symptoms of withdrawing from the drug after birth.

More recent research has shown that legitimate risk of birth defects exists when taking Celexa during pregnancy, however some doctors continue to prescribe this medication believing that untreated depression may pose a more serious threat.

Potential side effects from Celexa taken during pregnancy include the following:

Research has shown that Celexa transfers into the breastmilk and is present in nursing infants in varying degrees. In some cases, this resulted in behavioral changes in the newborn suchs as excessive sleepiness and fussiness. At this time, research does not suggest that infants of nursing mothers who are prescribed Celexa are at risk for serious side effects. As always, mothers should proceed with caution and consult with their doctor before taking this medication while breastfeeding.

Several lawsuit have been filed by parents of children born with birth defects after the mother was prescribed Celexa during pregnancy. This lawsuits argue that Forest laboratories is responsible for these birth defects for improperly manufacturing Celexa, failing to perform the necessary research to determine risks involved, not only failing to warn of these risks but continuing to market Celexa as safe for pregnancy.

In both of these cases, the mothers assert if they have been properly warned of the risks of taking Celexa during their pregnancies, they never would have put their babies at risk for birth defects by taking the prescribed medication. These parents are pursuing financial compensation for the multiple procedures their children have been required to have due to their heart defects.

When there is a risk involved with taking a certain medication, pharmaceutical companies should be held responsible for failing to properly warn of these risks. Outside of birth defects, several lawsuits have been filed against Forest Laboratories for their failure to market this medication honestly.

Pharmaceutical companies such as Forest Laboratories are responsible for informing doctors and consumers of the potential risks associated with consuming the medications they produce. Was your child born with birth defects after you were prescribed Celexa during your pregnancy? Do you know your legal rights? You may have grounds for a lawsuit against Forest Laboratories.

If you took Celexa while pregnant, and your baby was born with birth defects, a lawyer may be able to help you. 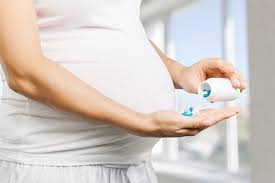