Cleft palate and cleft lip are common birth defects that happen early in pregnancy. In a normal pregnancy, the tissues that grow into the lip and mouth fuse between weeks 8 and 12. When these tissues partially or do not fuse at all, a cleft palate or lip in the baby results.

If your child was born with a cleft lip or cleft palate, this birth defect could have been caused by taking certain drugs during pregnancy. You could be entitled to compensation in a cleft palate and lip lawsuit.

A cleft lip is where a small, narrow portion of skin tissue does not form in the upper lip. The gap extends from the upper lip to the base of the nose. Some cleft lip cases involve the upper jaw and upper gum.

Several clinical studies were performed to determine if Zofran had a link to a higher risk of cleft palate in the first trimester. A 2012 study by the Centers for Disease Control and the Sloan Epidemiology Center, taking Zofran during a pregnancy’s first trimester caused a doubling of the risk of a child being born with a cleft palate.

Some of the other drugs that can increase the risk of cleft lip and cleft palate are:

Other drugs that can increase the risk of cleft palate and cleft lip are Depakote, Tegretol, Paxil, Zoloft, Effexor, Celexa, Lexapro and Prozac.

If you took one of these drugs during your pregnancy and your child has suffered a birth defect, you may want to speak to a cleft palate and cleft lip attorney today.

Problems Cause by Cleft Lip and Cleft Palate

Parents of children with cleft lip or cleft palate often seek relief in a personal injury lawsuit. Their children will probably have substantial medical and health complications and expenses from their birth defect:

In 2013, Johnson & Johnson was ordered to pay damages for Topamax birth defects. A Philadelphia jury determined that taking Topamax, which is used to combat seizures, during pregnancy can cause birth defects such as a cleft lip. There are now at least 130 Topamax lawsuits filed for children who have suffered from birth defects from their mother taking the drug during pregnancy.

The jury in the 2013 case awarded the mother of a boy born in 2007 with a cleft lip $11 million in damages. The award will cover the boy’s medical costs, including several corrective surgeries. The $11 million settlement was the second for Johnson & Johnson, after a $4 million award a few months earlier in 2013.

Another Topamax trial in late 2013 resulted in the jury telling the drug makers to pay $4 million to a woman whose son was born with several birth defects. At trial, the woman said she had taken Topamax for 180 days during her pregnancy.

J&J stated they did provide sufficient Topamax warnings, but in 2011, FDA released a warning about a risk of cleft palate and cleft lip associated with Topamax.

Get Legal Help Now for Your Child’s Birth Defect

If you were prescribed Zofran, Topamax or another drug during pregnancy that led to a birth defect in your child, you could have the right to compensation for your child by filing a personal injury lawsuit against GSK or another drug manufacturer. These companies may be held liable for aggressively pushing the sale of products that are known to cause serious birth defects.

You could be entitled to receive compensation for your medical costs and out of pocket expenses related to treatment and procedures your child needs over the years for their pain and suffering and emotional trauma. For more information about your legal rights or to determine if you have a case that is worth pursuing, please contact our cleft palate and lip lawsuit attorneys today. 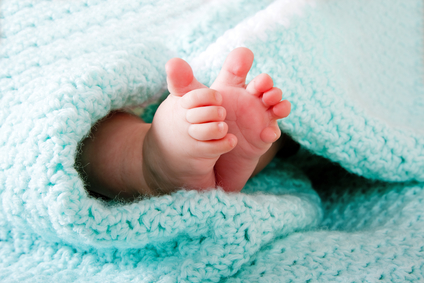