Accutane is a drug that is used in the treatment of severe acne. It should only be prescribed if all other types of treatments have not been successful. When first developed, it was actually a chemotherapy drug. However, during research, it was found that it was able to treat acne as well. Although it is very successful in terms of its dermatological application, the product has serious side effects and people are at high risk of suffering from these. Complications include severe gastrointestinal side effects, including Crohn’s disease, and birth defects.

As a result of these complications, the Accutane brand name was discontinued. Any generic versions of the drug had to be monitored very closely to see the effects on patients. Furthermore, significant restrictions have been put into place in terms of how the drug can be prescribed and when.

The drug has been on the market for some three decades and it has been prescribed to over 16 million people around the globe. Because of the side effects, over 7,000 lawsuits for personal injury have been filed against Roche Pharmaceuticals, the manufacturer of the drug. Several hundred of these are currently pending. Because of the sheer number of lawsuits, they have been consolidated into a multidistrict litigation (MDL) file in Florida. Additionally, there are mass torts against the drug in both New Jersey and in Philadelphia.

Many of those who have filed suits against Accutane (isotretinoin) have suffered various permanent negative side effects. They have stated that the manufacturer did not give them and the doctors accurate warnings about the potential side effects. They are now seeking to be compensated for lost wages, medical expenses as well as pain and suffering. At present, lawsuits focus specifically on the correlation between the drug and birth defects, ulcerative colitis, depression and suicide, and Crohn’s disease.

To date, Roche has been ordered to pay over $53 million to patients who have used Accutane. However, they are in the process of appealing against the majority of these verdicts. A number of significant verdicts have been reached against Roche.

In 2008, one complaint went to jury trial. Roche was ordered to pay $10.5 million to a woman who developed ulcerative colitis after being prescribed Accutane from age 12. Her ulcerative colitis developed at age 14. She was also awarded $78,500 for medical expenses. However, the jury did not find that the woman had grounds for punitive damages. This verdict was overturned two years later, but Roche was still ordered to pay $1.5 million to Kendall.

The largest Accutane award so far was given to Andrew McCarell in February 2010. He developed inflammatory bowel disease several years after taking the drug. Because of this disease, McCarell had to go through five sets of surgeries and his colon had to be removed. The judge, the Honorable Carol E. Higbee, said that she had never heard a case that described loss of quality of life and pain and suffering as well as this one before in her years on the bench. McCarell was awarded over $25 million.

Four cases linking Accutane to the development of ulcerative colitis were brought to court in New Jersey. In June 2012, Roche was ordered to pay $18 million to the victims in two of these cases. The other two cases were dismissed.

Accutane was first introduced to the market in 1982. Health care professionals started to raise concerns about the side effects posed by the drug around a decade later. Isotretinoin, the main ingredient in Accutane, is a known teratogen. Teratogens interfere with fetal development and can lead to significant birth defects if taken during pregnancy. As a result, women have always been discouraged from using this product if they were pregnant or were trying to get pregnant. Additionally, those who prescribed the drug were supposed to test their patients on a regular basis for pregnancy. However, research shows that fewer than half of physicians actually did this. In fact, it wasn’t until the FDA (the U.S. Food and Drug Administration) put stronger restrictions in place in 2005 that physicians started to pay more attention. It is believed that taking isotretinoin just before conception or while pregnant can lead to facial abnormalities, ear malformations, neural tube defects and cleft palate in the baby.

Additionally, a number of serious side effects have been reported by users of Accutane, including suicidal thoughts, miscarriages, and Crohn’s disease. Crohn’s disease, or regional enterirtis, is a type of irritable bowel disease that can start at any point within the body’s gastrointestinal tract. The disease specifically affects the intestinal lining’s lower layers and can create lesions in parts of otherwise healthy tissue. This disease has been found to affect either the colon or the small intestine, or both.

Miscarriages and birth defects are also serious side effects associated with Accutane. There have been quite a number of different reports of women who report their babies was born with significant birth defects after they had taken Accutane. According to the FDA, women who take the drug should not attempt to become pregnant. In fact, the iPLEDGE brochure of the FDA states it can lead to miscarriage (loss of baby before birth), deformed babies (birth defects), premature (early) birth and death of the baby.

Additionally, the FDA called for an additional warning to be included on Accutane in 1998. They wanted to make sure users were aware of the fact that the drug can lead to depression, as well as suicidal thoughts and behaviors. The link between these conditions has been studied quite intensely, particularly because the FDA received 431 individual reports of these situations between 1982 and 2000. Out of these, 24 committed suited while still using Accutane. A further 13 committed suicide after they had quit the drug. If a patient experiences any suicidal thoughts or behaviors, they should immediately contact an experienced attorney to help them deal with these issues.

Some other side effects have also been noted and are listed in the lawsuits against Roche. These include:

As previously stated, Accutane itself was discontinued in 2009 by Roche. They claimed that the reason for this was that generic drugs were too much of a competition, leading to sluggish sales. The patent on the drug expired in 2002, and various companies are now selling a much cheaper version of the drug. These include Claravis, Amnesteen and Sotret. However, in some countries, Roche still sells isotretinoin. Rather than calling it Accutane, however, it is marketed as Roaccutane.

The FDA has put a legal requirement in place to make sure all pharmaceutical companies to make sure that consumers (patients and physicians alike) are able to be fully aware of any risks associated with the drugs they take. Consumers have a legal right to make an informed decision about their care. Hence, if you believe that you have a case to be made against Roche due to your own experience with the drug, it is important that you see an experienced lawyer straightaway. Legal representation will be best able to find out whether or not the company is liable to you, and to help you figure out what the next steps are in terms of taking your case further, including to court. 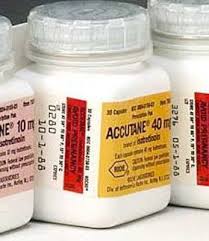