Invega is also known by the generic name paliperidone. It is is an antipsychotic drug typically used for treatment of schizophrenia. This medication works by affecting two neurotransmitters, serotonin and dopamine. Since one of the main causes of schizophrenia is dopamine overactivity, invega works by blocking dopamine receptors in the brain.

Invega has been available to consumers for eight years, having received its FDA approval in 2006. Invega is an extended-release medication contained in a non-absorptive shell, which releases the medication into the body at a constant rate over the course of 24 hours. Also available is Invega Sustenna, a once a month Invega injection performed by a healthcare provider.

Invega is indicated by the FDA for use in treating Schizophrenia and Schizoaffective disorder. This medication should not be used to treat dementia in elderly patients, who were found to be at higher risk of death in clinical trials for Invega.

These are the most common serious side effects. A complete list of all side effects can be found on the Drugs.com Invenga information page.

In addition to more serious side effects requiring medical attention, less alarming symptoms may occur as a result of consuming Invega. These side effects include:

Before taking Invega, consumers should always speak with their doctors about the precautions which should be taken. Invega should never be taken by elderly patients suffering from psychotic dementia.

Additionally, if a patient has a history of heart conditions, breast cancer, gastrointestinal problems, liver or kidney problems, hypertension, hypotension, history of seizures, diabetes, low white blood count, or a history of suicidal thoughts, they should consult with their doctor before beginning Invega.

Invega is a class C Pregnancy drug. This means that in animal research trials, this medication was found to increase risk of injury to the fetus. However, there is inadequate research to deem it dangerous of use during human pregnancies.

When Invega is taken during pregnancy there is an increased risk of infants experience withdrawal symptoms, most commonly unusual muscle movements.

Individuals taking Invega are less likely to experience loss of control of body movements when compared to other antipsychotic medications. However, since it’s release in 2006, Invega has been linked with the occurrence of certain conditions in some individuals.

The following drug injuries have occurred in individuals taking Invega:

Pharmaceutical companies are considered responsible for honestly marketing the medications they produce. They are also expected to provide sufficient warning if their medications poses a risk to consumers. Many consumers of Invega feel they were not properly warned of the serious side effects of Invega, and have chosen to file lawsuits against Johnson & Johnson.

Among these lawsuits are included a large number of boys who were not warned of the potential of male breast growth while taking Invega. According to Disability News, some boys grew breasts as large as a D cup and required surgical removal of breasts. The patients claim to have experience extreme emotional distress due to the growth of breast tissue.

Additionally, lawsuits have been filed against Johnson & Johnson for encouraging use of Invega for conditions which were not included in the list of condition the FDA had approved it to treat. Johnson & Johnson admitted to offering financial compensation to doctors who would prescribe Invega for off-label uses. These off label uses included depression, adhd, and anxiety. Even though it is not illegal for doctors to prescribe medications for off-label uses, it is illegal for pharmaceutical companies to encourage them to do so.

Since Invega was released in 2006, Johnson & Johnson has paid billions settling lawsuits over Invega drug injuries and long term side effects such as male breast development.

Many cases of serious side effects associated with Invega have been reported, including breast growth in young males. It is required of pharmaceutical companies to inform consumers of the potential risks and side effects associated with the medicates they produce. Johnson & Johnson failed to properly warn their consumers of the risk of male breast growth and muscular conditions. Johnson & Johnson has also been accused of manipulated the clinical trials for Invega in order to achieve the results they desired.

If you suffered from male breast growth, or other serious side effects while taking Invega, you may have grounds for filing a lawsuit. How do you know your legal rights? A drug injury litigation attorney can assist you by informing you of your legal rights.

If you or a loved one took Invega and suffered from male breast growth, an attorney may be able to help you. 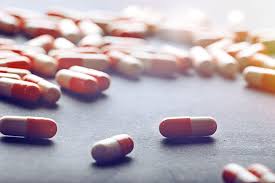