Lexapro, the brand name for generic drug escilapram oxolate, is a Selective Serotonin Reuptake Inhibitor, or SSRI. SSRIs are antidepressants which boost mood by preventing reabsorption of the neurotransmitter serotonin to the brain. By blocking this neurotransmitter, Lexapro has been shown to ease depression in some individuals. Lexapro is also used by adults suffering from generalized anxiety disorder.

Forest Laboratories, LLC produces and distributes Lexapro alongside numerous pharmaceuticals. This company was newly acquired by Actavis, which claims to among the fastest growing pharmaceuticals companies due to their investment in strong research and development.

Lexapro has been on the market for 13 years, having been approved by the FDA in August of 2002. In a press release announcing the release of Lexapro, Howard Solomon, Chairman and CEO of Forest Laboratories, predicted Lexapro would be a popular option for treating depression among adults due to the small number of side effects associated with the drug as well as the fast acting nature of this SSRI.

According to the FDA-Approved Medication Guide, Lexapro is indicated for use for the following conditions:

Lexapro is available in tablet form as an oral solution.

Side Effects of Lexapro

Eight possible major side effects are listed in the FDA-Approved Medication Guide for Lexapro. The guide instructs users of Lexapro to speak with their doctor before discontinuing use of the medication, since suddenly stopping Lexapro could be dangerous to their health. The possible side effects are as follows:

In addition, it has been reported that Lexapro can result in a decreased libido and delayed ejaculation in men.

A greater number of women take antidepressants when compared to men, according to the Birth Injury Guide. The unborn children of individuals taking Lexapro and other SSRIs while pregnant may be at risk for birth defects.

Recent clinical studies used to determine the safety of Lexapro did not include pregnant or nursing women but in studies involving animals, harm to the fetus did occur. Because of this, the FDA advises against using Lexapro and other SSRIs with pregnant or breastfeeding. The possible birth defects or injuries to those taking Lexapro include the following:

While studies have shown that small amounts of this drug can be found in the breast milk of nursing mothers to whom it has been prescribed, it isn’t clear if it is harmful to the infant. Some symptoms such as weight loss or sleepiness have occurred in nursing infants whose mothers took Lexapro.

When Lexapro was first released in 2002, the pharmaceutical company began aggressively marketing it as a safer, more effective option for treating depression and anxiety. Because of marketing of few side effects, and the fast improvement seen by Lexapro consumers, this drug became popular very quickly with over $355 in sales in the year 2011.

Questions have recently been raised, however, about whether or not the risks of this medication were fully disclosed. This is because new research has linked Lexapro to the serious birth defects listed above. Additional information was released by the Department of Justice in 2009, claiming that Forest Laboratories had not been honest about the results of clinical trials and had used illegal incentives to encourage doctors to prescribe the drug.

Lawsuits have been filed by mothers whose children were born with birth defects after taking Lexapro during pregnancy. These lawsuits were filed because Lexapro had previously been marketed by Forest as safe for women who are pregnant.

All three of these mother insist that, had they been warned of the dangers of taking Lexapro while pregnant, they would have never put their children at risk for these birth defect. These mothers are suing in hopes of obtaining financial compensation for medical costs and missed work due to their child’s need for additional care.

Pharmaceutical companies are responsible for warning individuals of the potential dangers of the drugs they produce. Lawsuits filed by Lexapro consumers argue that Forest Laboratories failed to do their job when marketing this product and that birth defects occurred as a result of their negligence.

Pharmaceutical companies are required that they inform consumers of the risk factors associated with the medications they develop. If you gave birth to a child with defects after taking Lexapro during pregnancy, you have legal rights. How do you know if you have grounds for filing a lawsuit against the makers of Lexapro? An injury liability attorney can offer you guidance and inform you of your legal rights.

If you took Lexapro during your pregnancy, and your baby was born with PPHN or later developed PPHN, an attorney may be able to help you. 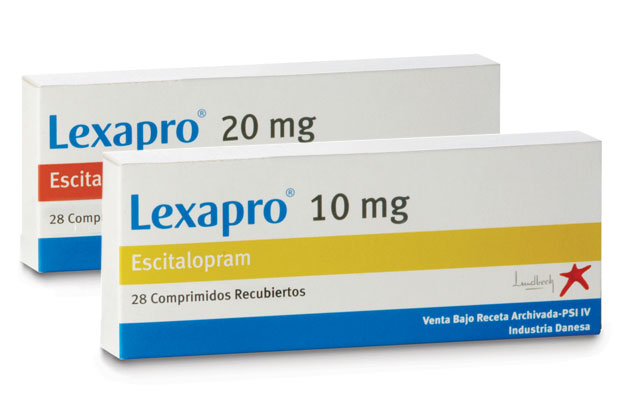