Lipitor by Pfizer is designed to help lower cholesterol, thereby reducing the risk of strokes and heart attacks. However, there have been a number of studies that have shown that Lipitor has some very serious negative side effects, including the development of type 2 diabetes.

The FDA (U.S. Food and Drug Administration) had issued a warning in 2012 in which they stated that a number of statin drugs may increase the chances of having elevated levels of blood sugar, resulting into type 2 diabetes. Lipitor was one of the statin drugs included in the warning. As a result, Pfizer was ordered to add warnings about this on the label. However, this was too little too late for those who had already suffered the side effects. Some of them have now started to file lawsuits and more are expected to follow. If sufficient cases are filed, a federal multi-district litigation (MDL) may be created.

Lipitor has been used by millions of people, being one of the best selling prescription drugs in the world. It was approved by the FDA in 1996 to help people lower their cholesterol levels. Because of the global obesity epidemic, many people have high cholesterol levels, which explains the popularity of the drug. Initially, Lipitor was approved for the Warner Lambert Company. Then, Pfizer made an agreement with this company to market Lipitor. Some time later, Pfizer acquired Warner Lambert Company and, therefore, all rights to Lipitor. In 2012, sales of Lipitor reached over $130 billion.

Unfortunately, the drug became linked to type 2 diabetes, and studies showed that women were at particular risk. Lipitor is a statin drug, specifically an atorvastatin, and therefore part of one of the most prescribed classes of prescription drugs in this country. In 2011, Lipitor specifically raised $7.7 billion in this country alone, making it the best seller in its class. It is still one of the most often prescribed drugs in the world.

All statins are designed to prevent strokes and heart disease by lowering cholesterol levels. It is unfortunate that some of these drugs were implicated in the development of type 2 diabetes, especially in women, prompting the FDA to change the safety levels across all types of statins. The labels also had to include warnings that statins can damage cognitive and muscle function and the liver, although these are very rare complications.

How Does Lipitor Cause Diabetes?

While various clinical studies demonstrated that statins can cause type 2 diabetes, they did not explain why this happens. Type 2 diabetes is a disease in which the body is no longer able to properly produce or use insulin. Insulin is a hormone that is crucial to help the body turn food into energy.

When we eat, our body breaks the food down into glucose, or sugar, and this then travels through the bloodstream. However, if insulin is not working properly, glucose is unable to enter into the cells of the body to provide them with the necessary energy. The unused glucose remain in the blood causing the blood sugar level to spike and this can lead to various serious health problems.

Scientists believe that statins like Lipitor cause the pancreas to fail to function properly. It is the pancreas that is responsible for the storage and release of insulin. Some scientific evidence also demonstrate that statins can actually impair the body’s sensitivity to insulin.

Type 2 diabetes has the potential to be disabling and even life threatening. It can damage many of the body’s most important organs, including the heart, kidneys, eyes, blood vessels and nerves. In most cases, people suffer complications because they don’t know they have type 2 diabetes. It is quite easy to ignore the symptoms and write them off as just feeling a bit low, tired or under the weather. Possible complications of diabetes include:

People who have type 2 diabetes will usually notice other symptoms, including increased urination, thirst and hunger, blurred vision, weight loss and fatigue. It is very important to be aware of these symptoms and to contact a physician if they are noticed. This will help to prevent long term complications.

Research has shown that particular population groups are most at risk of developing type 2 diabetes if they take statins. These groups are:

A study was published in 2012 by the Archives of Internet Medicine (AIM). It demonstrated that post-menopausal women were at particular risk. In fact, the risk of developing type 2 diabetes was increased by 48% compared to women who did not take statins. The AIM study looked at 153,840 women between the age of 50 and 79 who did not have a type 2 diabetes diagnosis. Researchers considered a number of other risk factors, including obesity, advanced age and lack of physical activity. They found that there was a clear difference in risks depending on a woman’s ethnicity, with Asian women being most at risk, followed by white women and Latinas. Those of African American ethnicity had the lowest risk. A woman’s BMI was also an important factor, with those with a BMI over 30 being least at risk.

Women are, on average, less likely to suffer heart attacks compared to men. As such, they have historically used less statins as well. Recently, however, this has changed. The Centers for Disease Control and Prevention (CDC) has stated that 36% of women between ages 64 and 74, as well as 39% of women over the age of 75 now take statins. This is either to prevent a heart attack or to repair previous ones. These percentages are still lower for men, where 50% in both age groups use statins.

It is critical that prescription drugs contain adequate warnings in order to make sure physicians and patients alike can make informed decisions about their drug use. When a pharmaceutical company does not warn people about the associated risks of their products, consumers are effectively deprived of their right to make these decisions. People who say they were negatively affected as a result of taking Lipitor feel that this is exactly what Pfizer did, because no warning was issued about the link between their drug and type 2 diabetes.

People who have diabetes and whose glucose levels are higher have to live with serious health conditions. This can mean a significant drop in their overall quality of life. They often need monitoring and medication for life, as well as regular doctor’s visits. Furthermore, many can expect hospitalization following significant medical interventions including surgery. Sometimes, diabetes can be fatal. Diabetes is life changing and it can also interfere with things such as daily life, ability to work and more.

Those who have been affected by Lipitor claim that Pfizer:

• Marketed their drug as being effective and safe, even though they knew, or should reasonably have known, that the drug increased levels of blood glucose, leading to type 2 diabetes.
• Should accept liability for “negligent and wrongful conduct in connection with the design, development, manufacture, testing, packaging, promoting, marketing, distribution, labeling, and/or sale of Lipitor.”
• Failed to monitor the safety of its drug, as is its duty.
• Engaged in misleading and overly aggressive marketing without being open and transparent about the possibilities of injuries.
• Provided misleading information on their original labels. The original labels, used between December 1996 and February 2010 never warned patients of any potential relation between “changes in blood sugar levels and taking Lipitor.” Furthermore, they did not describe “the serious risk of developing type 2 diabetes when using Lipitor.”

Why Would People File a Lawsuit?

Those who are prescribed a drug expect it to treat a certain condition, not give them a different one. Type 2 diabetes in particular is a serious side effect that also results in permanent loss of income due to lifelong medical care. If proper warnings had been in place, people would have been given the choice as to whether or not they wanted to use the drug. Informed people would have been able to keep an eye on their glucose levels so that they could have known if the drug was starting to cause negative side effects. This means that they could have prevented their injuries from happening. In some cases, people are awarded punitive damages as a type of warning to other pharmaceutical companies, so that they don’t make the same mistakes.

In April 2013, a number of plaintiffs grouped together and asked the U.S. Judicial Panel on MDL to transfer all current and future Lipitor claims to the District of South Carolina. There, they would go through consolidated pretrial proceedings. The plaintiffs, who were all women, filed in South Carolina themselves.

In February 2014, Pfizer opposed the MDL motion. They stated that doing so would encourage more people to follow suit and file against them as well. However, the panel agreed that a Lipitor MDL should be created and some 300 individual cases have now been included in it. It is expected that more cases will be filed both in state and federal courts.

One plaintiff is Evalina Smalls, who was healthy when she started to take Lipitor. She had a 24.8 BMI and ate healthily. In 1999, she started to take Lipitor as a preventative measure. Ten years later, she was diagnosed with type 2 diabetes and she was still taking the drug. Now, she has to follow a ‘restrictive diabetic diet’, take diabetic medication and monitor her glucose levels for life. As a result of her type 2 diabetes, she has an increased risk of various complications, one of which is heart disease. She started taking Lipitor ten years ago specifically to prevent heart disease. She filed a claim against Pfizer in March 2013 in South Carolina. Hers is one of many similar cases.

A second plaintiff is Patricia Colbert. She was first prescribed the drug in 2010 in order to lower her LDL cholesterol. She was of a healthy weight and consumed a healthy diet. However, two years later, she was diagnosed with type 2 diabetes and she still took Lipitor at that point. She filed a suit in April 2013 at the U.S. District Court for the Eastern District of Virginia.

Then, there is plaintiff Kimberly Hines, from Illinois. She started taking Lipitor in 2008 as a healthy woman with a 22.3 BMI. She was diagnosed with type 2 diabetes in 2010 while still taking the drug to lower her risk of heart disease by regulating her LDL. Her case was filed in April 2013 at the U.S. District Court of Southern District of Illinois.

These are example cases, of which there are many more. It is believed that more cases will be added to the MDL panel in South Carolina. It is possible that more MDL panels will be started in other districts.

• FDA Expands Advice on Statin Risks
• Safety Labeling Changes Approved By FDA Center for Drug Evaluation and Research (CDER)
• Statin Use and Risk of Diabetes Mellitus in Postmenopausal Women in the Women’s Health Initiative
• Statin Therapy and Risk of Developing Type 2 Diabetes: A Meta-Analysis
• Statin use is linked to increased risk of developing diabetes 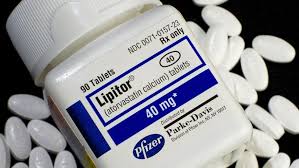