Type 2 diabetes, once known as non-insulin dependent diabetes or adult-onset diabetes, is a condition that is chronic and affects how your body controls the amount of glucose (sugar) in your blood. It’s up to you and your doctor to decide on the right treatment for managing your type 2 diabetes. Often Onglyza is prescribed.

It’s important to lower your A1C levels when you have diabetes. Onglyza, which is manufactured by AstraZeneca PLC,  is a prescription medication that has been shown to decrease the A1C levels when you use it along with exercise and diet and lower blood sugar in people who have type 2 diabetes. It is not indicated for treating type 1 diabetes or diabetic ketoacidosis.

People who take Onglyza can experience some serious side effects which include serious allergic reactions. These side effects include:

It’s important that when taking this medication if you experience any of these symptoms you contact your doctor right away.

Other Serious Side Effects

Hypoglycemia can worsen in people who are already taking another type of diabetes medication like insulin or sulfonylurea. It’s important that your doctor knows all medications you are on. If you show signs of low blood sugar, you will need to have your blood sugar checked and treated if it is found low.  Symptoms of low blood sugar include sweating, hunger, headache, shaking, rapid heartbeat, change in vision or change in mood.

Fluid retention or swelling in your hands, ankles or feet (peripheral edema) can worsen if you are also taking a thiazolidinedione (TZD) like rosiglitazone or pioglitazone which is prescribed for treating high blood sugar. If you show signs of peripheral edema, get in touch with your doctor to be sure you are already not on this type of medication.

A more severe complication that is linked to Onglyza as well as other incretin therapies is an increase in your risk of developing pancreatic cancer.  This type of cancer is more complex to treat since it is usually in its later stages before it is diagnosed. A later study by Butler et al., which was published in the journal Diabetes March 2013 issue, found that people who were taking incretin drugs has pre-cancerous cells in their autopsied pancreases.

In this study, it was claimed that the DPP-4 drugs increased the size and number of pancreas beta cells. These secrete insulin. The beta cells die or shrink in people with type 2 diabetes and therefore are unable to produce insulin.

Butler along with his colleagues found these drugs were increasing the beta cells numbers and they were abnormal as well. They found adenomas which are small tumors that are benign and can become malignant. What they found was this only happened in patients with type 2 diabetes who took GLP-1 or DPP-4 drugs and not those who had diabetes taking other drugs.

Information regarding pancreatitis was added to the precautions and warnings label of Onglyza in November 2011. Pancreatitis is where your pancreas becomes inflamed and requires hospitalization or even death in extreme cases. It can also result in pancreatic cancer. The US Food and Drug Administration provided postmarket reports of people who took Onglyza suffering from acute pancreatitis.

According to the FDA, patients should be monitored closely by doctors and if pancreatitis is suspected, they should discontinue the use of Onglyza. It is not determined if Onglyza has any kind of effect on relapse in people who have a history of this condition.

The new concern now with Onglyza is heart failure, cardiac failure, congestive heart failure, heart attack or death.  In the FDA’s preliminary review, it’s said that Onglyza might be the cause of an increased death rate.

A study that the New England Journal of Medicine published reported an increased rate of heart failure related hospitalization with use of Onglyza when compared to an inactive treatment.

Review data was gathered up by the FDA of this study trial, known as SAVOR,  which involved over 16,000 patient cardiovascular outcomes. Onglyza was not only flagged by staff reviewers of the FDA as an increased risk of heart failure, but also an increase in ‘all-cause mortality’ risk among the trial’s Onglyza patients.

Based on this study, patients taking Onglyza (saxagliptin) were more at risk of being hospitalized because of heart failure when compared to patients not taking the medication. This was a significant 27 percent increased risk.

The Onglyza label should be flagged with a notice of the heart failure risks, according to an FDA panel.

In the past few years, the healthcare community and patients have become alarmed due to some news of some dangerous diabetes medications. There were many lawsuits that were filed due to dangerous side effects and complications that were allegedly caused by Januvia, Janumet and Actos. Now, Onglyza is on that list and causing concern.

The FDA has released a new safety issue concerning Onglyza,  which warns patients who take this medication as well as other type 2 diabetes drugs called DPP-4 that they are linked to severe joint pain. Instances of this severe joint pain were reported between October 16, 2006 and December 31, 2013 by patients taking DPP-4 inhibitors. This was when Januvia was approved. The second-highest number of incidents was in patients taking Onglyza.

The most recent FDA announcement continues to warn about the use of Onglyza leading to heart failure and is a reminder that this medicine can also lead to other serious side effects. The Bernstein Liebhard LLP law firm is offering free Onglyza lawsuit reviews to anyone with a heart failure diagnosis while on this medication.  Patients taking Onglyza who have been diagnosed with heart failure might be able to take legal action against the makers of the medication. You can give them a call to set up a consultation and see if you have a case.

Know Your Legal Rights If You Have Taken Onglyza

Did you develop heart failure issues or other serious side effects after being prescribed Onglyza for type 2 diabetes?  Do you know your legal rights? A drug injury litigation attorney can provide you with guidance concerning your onglyza heart failure lawsuit claim.

A lawyer may be able to help you, if you took Onglyza and suffered from heart failure or other serious side effects. 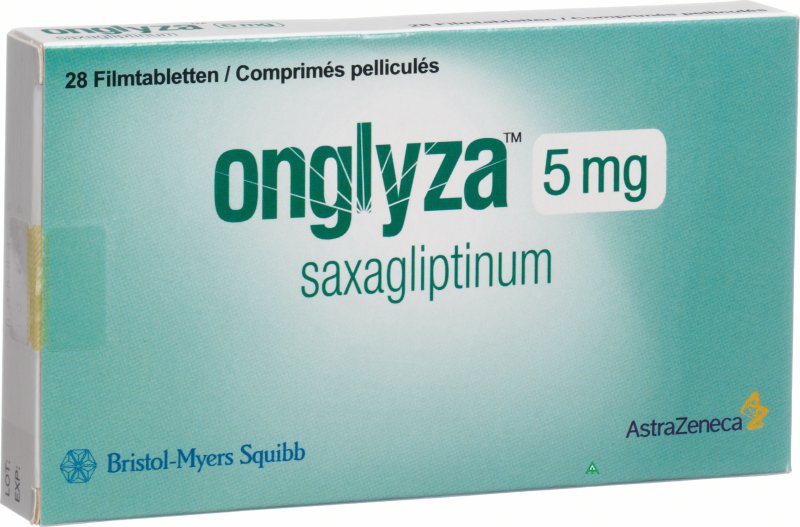