Introduced in the year 1992 and approved through the US Food and Drug Administration (FDA), Paxil  generated 11.6 sales, according to a 2012 report in Time. This drug is used for treating many psychological conditions including anxiety, depression and obsessive-compulsive disorder. Since then, there have been some severe and life-altering side effects that this drug has been linked to.

In 2004 the FDA found that Paxil posed an increased risk of suicide in adolescents and children. GlaxoSmithKline, the drug manufacturer, was accused by the New York Attorney General during the same year of withholding information about the risks of suicide when taking Paxil.

In 2005, another advisory was issued by the FDA regarding pregnant women taking Paxil and the increased health risks associated with it. These risks consisted of a reappearance of debilitating and life-changing birth defects, according to the FDA.

Families who were affected by the side effects of this drug regardless if it led to a birth defect in a newborn or a person’s death, filed lawsuits against Paxil and its manufacturer GlaxoSmithKline.

Michelle David, claiming that Paxil caused birth defects in her son, filed a lawsuit against Glaxo claiming that while taking Paxil during her pregnancy she was unaware of the possible side effects.  A jury found that Paxil indeed did cause the heart problems in her son and she was awarded $2.5 million.

Living in Louisiana, Russell and Desiree Figueroa made allegations that while pregnant, Desiree took Paxil which led to birth defects in their child which included a club foot and other congenital disorders and defects. The couple claimed that information was concealed by Glaxo about potential harmful affects the medication could have during pregnancy. Desiree claims she was prescribed Paxil by her doctor and took it as prescribed to treat her depression. She received no warnings about Paxil use while pregnant from Glaxo SmithKline and if she had, she would never have taken the medication. The couple seeks legal fees and damages.

One of the leading Paxil lawsuit cases was filed by Lyam Kilker who stated he had been born with no less than a few cardiac defects.  These defects included a hole between his heart’s two chambers which disrupts the aorta.  The case went to trial and the Kilker family was awarded $2.5 million by a Philadelphia jury for compensatory damages. During the trial, the plaintiffs argued that GSK was made aware of the drug’s possibility to cause problems through animal testing and yet they failed to do any sufficient additional testing. During the trial, introduced into evidence was a company memo talking about hiding any test results that indicated possible danger.  The memo read, ‘If neg, results can bury’ which was written by Bonnie Rossello, GSK executive in 1997 prior to any testing being conducted.  Although GSK stood firm stating that there was no scientific evidence that proved that Lyam’s condition was caused by Paxil exposure while his mother carried him, it only took seven hours for the jury to announce their verdict.

The grandfather of Ryan Robert Austin filed a lawsuit in Circuit Court against Glaxo claiming the drug caused Austin to take his own life.  The lawsuit also brought against Austin’s counselor and psychiatrist who were both providing treatment to him. The defendants in the case include Denise Triggs, Dr. Susan K. McGuire, Focus Psychiatric Services and GSK. The lawsuit argues that treatment by Dr. McGuire to Austin began in February 2001 while he was the age 16. He later went to Valley Psychiatric Hospital.  The suit said that Austin had attention hyperactive disorder, behavioral problems and other problems and was on Paxil for a short time previously. Every three months, he would see Dr. McGuire.

In June 2004, his grandmother, who he was living with, visited the Focus Psychiatric offices to speak with them about his depression. The grandmother was provided with Paxil samples, but not informed of its proper dosage or possible effects.

Attorney John McMahan who filed the lawsuit says Paxil may increase the chances of suicidal behavior and thinking. The suit says that Ryan Robert Austin overdosed on July 18, 2004 on various pain medications and was brought to Erlanger Medical Center and later on to Valley Hospital. The suit also said that the grandmother had found depressing and morbid poems which included morbid scenes of Austin committing suicide.  He then shot himself on Sept. 12, 2004 in the early morning in the head at his home in his driveway where he died instantly.  He carried a suicide note inside his pocket. Punitive and unspecified compensatory damages are being asked for in the lawsuit.

In another lawsuit, Wendy Dolin claims that her husband committed suicide in 2010 after he had been taking Paxil. She filed the suit in 2012 in Chicago in a federal court. She accuses Glaxo of failing to provide all warnings of the potential effects of Paxil including the risk in adults for suicidal behavior. There is a Black Box Warning on Paxil about suicidal behavior in adolescents and children, but not adults.

Typically, these ‘failure to warn’ suits that involve generic drugs are dismissed and the Supreme Court ruled the makers of generic drugs are not liable since they carry the same warning labels as the brand-name drugs. However, during an appeal, it was ruled against Glaxo’s request to dismiss the suit.

Paxil, much like the other antidepressant drugs Zoloft and Prozac, is known as a selective serotonin reuptake inhibitor (SSRI). It is prescribed by doctors to balance the brains chemicals for the treatment of obsessive-compulsive disorder, depression, pre-menstrual dysphoric disorder and post-traumatic stress disorder.

In the case of pregnant women, if they had been warned properly about the drug’s possible risks to their babies, most of them would never have taken it. Drug companies who do not test their drugs properly and don’t warn their consumers about the potential risks, face financially liability for the resulting injuries. In the case of pregnant women, infants who are born to women who took Paxil during pregnancy could suffer severe congenital heart defects.

Most settlement terms remain confidential. There have been a minimum of 600 lawsuit cases that have already been filed claiming that Paxil and Glaxo is liable for congenital birth defects as well as 100 other cases having been already settled. GlaxoSmithKline has paid out around $1 billion of Paxil-related case settlements that have not involved birth defects.

The FDA requires pharmaceutical companies, including GlaxoSmithKiline to inform consumers of the risk factors associated with any and all  medications they manufacture and distribute. You have legal rights you took Paxil during pregnancy and your child was born with defects, or developed a fatal birth defect.

A lawyer may be able to assist you in receiving personal injury damages, if you took Paxil while you were pregnant, and your baby was born with birth defects. 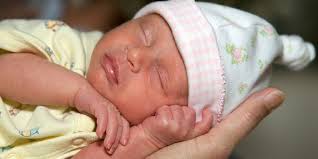