Imagine the surprise that you would feel if you received a positive result on a pregnancy test, even though you had been taking birth control. Well, that’s exactly what happened to  113 women throughout 26 states.

A class-action lawsuit was filed in a Pennsylvania State Court in the first week of November, 2015 against Qualitest Pharmaceuticals, a subsidiary of Endo Pharmaceuticals.

History of the Qualitest Pharmaceuticals Recall

In September of 2011, the pharmaceutical company recalled eight different oral contraceptives that they manufactured sold after they had been packaged incorrectly. The contraceptives in question were packaged improperly, which resulted in a row of placebo pills being slotted during one of the weeks that hormones should have been taken. Of course, by taking the placebo pills instead of the proper hormone pills, the women who were taking these improperly packaged oral contraceptive pills were at risk of being pregnant, unbeknownst to them.

The case that was filed against Qualitest Pharmaceuticals seeks millions of dollars in damages for the 113 women who became pregnant after taking the birth control pills that were improperly packaged. Some of the women who are involved in the suit are seeking damages that will provide them with the total cost of raising a child right into adulthood, including clothing, food, shelter, healthcare, and education.

The lawyers for victims of the improperly packaged birth control pills had originally sought class-action status, but when a federal judge in Georgia rejected their request on November 4, 2015, the lawyers for the 113 women refiled their case in a Pennsylvania State Court, the location of the headquarters for Qualitest Pharmaceuticals.

While representatives for Qualitest Pharmaceuticals and the lead attorney on the case, Keith Bodoh, declined to make any comments on the recent filing of the case, Keith Bodoh has made comments on the case in the past. In a 2012 interview, for example, he said that the improper packaging was a serious mistake that lead to devastating results. In this same interview, Bodoh said that one of his client’s, who was in the military, had to give her child up for adoption because she was going to be deployed soon after delivering the baby.

The birth control bills in question were packaged in the wrong order. The placebo pills were rotated 180 degrees, which reversed the weekly orientation of the tablets, causing the women to take the placebo when they should have been taking the hormones. Since the placebo sugar pills- which should be taken during the week of menstruation – were taken at the wrong time of the month, the women were not properly protected from becoming pregnant.

As previously mentioned, in September of 2011, this packaging error was spotted, leading Qualitest Pharmaceuticals to voluntarily recall eight of its brands of birth control pills. The recall was supported by the FDA after a Kansas City woman brought a package of her birth control pills back to her pharmacist after seeing that the blister pack had been rotated.

When the pills were recalled, the pharmaceutical company also indicated that the packaging error reversed the weekly tablet orientation and obscured the lot numbers of the pills, as well as the expiration dates on some of the packages. When the order of birth control pills are reversed in this way, the chances of becoming pregnant become significantly higher.

The women who took the improperly packaged pills went for a span of anywhere from eight to 14 days without taking any hormones, which means that the ovulation cycle was not properly suppressed, and therefore, the chances of getting pregnant by these women significantly rose.

All of the 113 victims had to face serious consequences as a result of the packaging blunder. Some women had no choice but to withdraw from law school and nursing school. There are at least two 17-year-olds who became pregnant, and another woman was expecting twins after taking the improperly packaged pills.

The court order that was issued in Georgia on November 4 indicated that Bodoh was representing 117 women from 26 states, and that 113 become pregnant and 94 of them carried their babies to full term.

While representatives for the pharmaceutical company and for the victims failed to offer comments on the case, the pharmaceutical company did issue a statement to ABC News. In this statement, they said that they are committed to the safety of their patients and they are taking the matter very seriously. They have also said that there hasn’t been any new product recalls since the recalls in September of 2011.

The company said that the recall was completely voluntary and the company issued the recall as a result of a very small number of birth control pill backs that were made by an external contract manufacturer. The pharmaceutical company has said that they were only able to confirm a single blister pack that was sold to a patient.

As a result of the issues with packaging and these lawsuits, Endo Pharmaceuticals, the subsidiary of Qualitiest Pharmaceuticals that packaged and distributed the birth control pills in question, is under major investigation. Naturally, the women who are involved in the matter are extremely distraught, but only time will tell if the new suit, which was filed last week in a Pennsylvania State Court, will award the women with the damages they are suing the pharmaceutical company for.

As a note of caution, it is always wise to properly inspect any and all medications you may be taking. While the producers of medications should be diligent, issues can occur, which is clearly indicated in this case.

If you have taken Qualitest Pharmaceuticals birth control pills involved in these recalls and lawsuit, speak to an attorney to understand your rights. 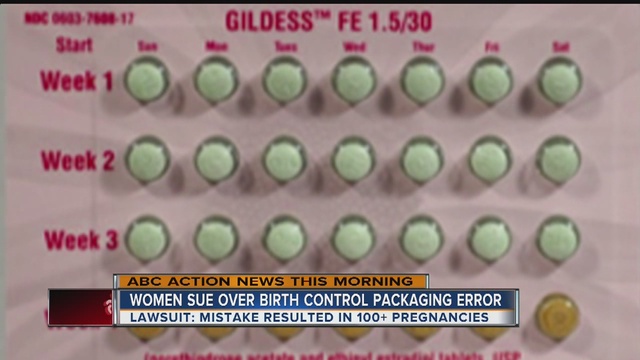