Mirapex is a drug used for treating restless leg syndrome. A number of reported side effects include increased urges for sex and gambling, and hallucinations. Various other serious side effects have been reported, and people are told to seek medical attention straight away if they experience them.

The drug also comes with an extensive list of ‘less serious’ side effects. These do not require any medical attention, but can still be incredibly uncomfortable. They include swelling, blurred vision, impotence, vomiting, and more.

Abilify is a drug that is prescribed to people with schizophrenia or bipolar disorder. The drug has a number of very uncomfortable side effects that are classed as more common by the manufacturer.

“Uncontrolled movements, especially of the face, neck, and back; drooling; shuffling walk.”

While the company encourages people to seek medical advice if they experience these side effects, they are not classed as worrying. Other side effects, which are ‘less’ common, include such things as sticking out the tongue, convulsions, lip smacking, and loss of bladder control. To add to the dangers, it is also very easy to overdose on Abilify. Since it is a drug that is prescribed to people with very serious mental health issues, it should come as no surprise that many physicians are loathe to prescribe it. See abilifty lawsuits & payouts.

Flomax is a drug prescribed to people who have an enlarged prostate. This means that people with this medical condition experience a frequent need to urinate with some instances of slight incontinence. Considering that these are physical issues that most people would be quite willing to live with, it is surprising that physicians often prescribe a drug that has serious and uncomfortable side effects for treating it.

“Dizziness, lightheadedness, drowsiness, runny/stuffy nose, or ejaculation problems may occur. If any of these effects persist or worsen, tell your doctor or pharmacist promptly.”

Alli is a very popular weight loss aid. It is said to be one of the most effective non-surgical weight loss methods out there. In most countries, although not ours, it is available on prescription only. Because it has been so popular, however, many unregistered manufacturers in other countries have tried to make similar products, thereby further increasing the dangers of taking it. However, even the real and regulated Alli has some significant and uncomfortable side effects.

“The drug’s maker, GlaxoSmithKline, has been up front about the pill’s side effects, suggesting that first timers wear dark pants or bring a change of clothes to work until they get used to the diet pill’s potentially yucky consequences.”

Those who first take the drug will find they are much gassier than normal. The gas will also come with an oily discharge. Furthermore, they can expect to have far more frequent bowel movements and most people are unable to control these movements to some degree.

Ortho-Novum is a birth control pill. This is not the first time that a contraceptive pill has been associated with various side effects. Some have led to birth deformities, while others increased the risk of developing breast cancer. While most would believe that this would mean far stricter regulations will exist on new birth control products, this appears to not be the case. In fact, when looking at the side effects of Ortho-Novum, it is surprising that it is legal at all.

There are also suggestions that it can cause dangerous, while benign, liver tumors. The danger is that these tumors could rupture and this would lead to potentially fatal internal bleeding. Additionally, there are now a number of studies that are suggesting the risk of developing liver cancer is notably increased.

Chantix is an anti-smoking aid that revolutionized the way people would quit smoking. However, while the drug is still available at present, it didn’t take long for the horror stories to appear and people shifting to other methods to quit smoking. In fact, very few people still turn to Chantix today, no matter how attractive it may sound to slowly but surely wean a person from nicotine addiction automatically. The side effects associated with Chantix are disturbing to say the very least.

“Some people have had changes in behavior, hostility, agitation, depressed mood, suicidal thoughts or actions while using CHANTIX to help them quit smoking. Some people had these symptoms when they began taking CHANTIX, and others developed them after several weeks of treatment or after stopping CHANTIX.”

Interestingly, Chantix has had to reword the way they described their side effects to the one mentioned above. Previously, all they said was that people could expect ‘slight sleep disturbances’. Following many reports of more serious side effects, however, they have had to release the above statement. 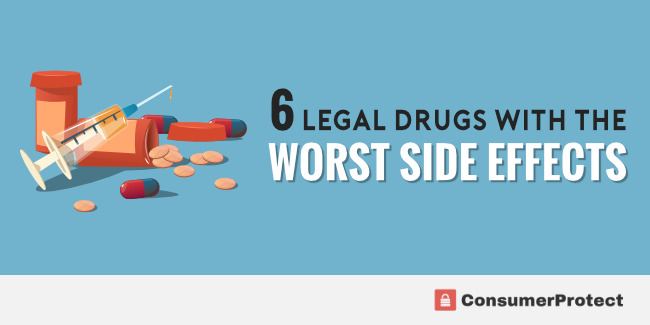