Lexapro is a popular antidepressant drug for treating depression and anxiety. If women take it when they are pregnant, however, their unborn babies are at an increased risk of developing birth defects.

Lexapro, a brand name for escitalopram, was introduced in 2002. Since then, millions of people around the world have used it. It is an SSRI (selective serotonin reuptake inhibitor) type of drug, approved for the treatment of major depressive disorders in adults and those over the age of 12, as well as for generalized anxiety disorder but only in adults.

The drug is designed to increase serotonin levels in the brain, since serotonin is a neurotransmitter that influences mood. The FDA (U.S. Food and Drug Administration) initially approved the drug solely for adults. However, it was later approved for the treatment of major depressive disorder in adolescents aged over the age of 12 as well. The patent on the drug expired in 2012, at which point a generic drug became available on the market.

During the 10 years that the drug was available, Lexapro and its manufacturer, Forest Laboratories, came under increased scrutiny. In 2004, the FDA launched a Lexapro black box warning. The same was done for other antidepressants. The warning alerted patients to the fact that the drug could lead to an increase in suicidal behaviors and thoughts, particularly in those under the age of 25. In 2006, a further warning was released to state that antidepressants, including Lexapor, can lead to serious birth defects if they are taken during pregnancy. In 2010, Forest Laboratories had to pay over $300 million as they were convicted of illegally marketing three drugs, including Lexapro.

Details about Lexapro or Escitalopram

The original manufacturer is Forest Laboratories. The drug is an antidepressant specifically used in the treatment of anxiety and depression. Severe side effects include birth defects and suicide. Other noted side effects include weight gain, headaches, insomnia and vomiting. An FDA black box warning exists for all escitalopram products because of the potential pregnancy risk. Additionally, it has contraindications with both warfarin and aspirin (See warfarin lawsuits & settlements). This is based in particular on the Escitalopram (Lexapro) for the Treatment of Postpartum Depression (LexaproPPD) study.

How Lexapro Is Used

As a drug, Lexapro is supposed to improve the mental health of people with GAD (Generalized Anxiety Disorder). GAD happens when people have exaggerated day to day worries that start to get overwhelming. Additionally, the drug helps to fight depression, caused by an imbalance in levels of serotonin in the brain. Depression can have a debilitating effect on sleep, work and enjoyment of activities. Lexapro is an SSRI, which means it blocks the re-uptake or re-absorption of the serotonin neurotransmitter. Usually, it takes a few weeks for the drug to work. The physical symptoms of GAD and depression, including changes in sleep patterns, are the first to improve. It usually takes between four and six weeks before significant changes start to be noticeable.

A number of studies and clinical trials have demonstrated that Lexapro leads to a number of common side effects. These include nausea, headaches, dry mouth and insomnia. Usually, side effects like nausea and dizziness go away as the body becomes used to the drug. However, issues like impotence and dry mouth tend to stay for as long as people take the drug. Some patients have noticed that they experience weight gain, a decreased appetite, vivid dreams, vomiting, and tingling sensations in their hands, arms, legs and feet.

There have also been a number of serious side effects linked to Lexapro. Some of these can be life threatening and they include birth defects if a woman takes the drug during pregnancy. Others include suicidal tendencies and thoughts, discontinuation syndrome and serotonin syndrome.

Lexapro is listed as a category C medication in pregnancy by the FDA. This means that there have been animal studies suggesting that taking the drug can adversely affect the development of the fetus. However, no human trials have been conducted. In the official advice from the FDA, it is stated that nursing and pregnant women should not take the drug, unless it is clear that the benefits of taking Lexapro outweigh the risks of not taking it. There are still various experts who believe Lexapro can safely be taken by pregnant women because, although the risk of birth defects is there, it is low.

However, research has now found that taking SSRIs does increase the chance of infant heart defects, including:

PPHN is a very serious but rare condition. It is found in newborns whereby their circulatory system is not able to adapt to breathing outside of the womb. As a result, the blood flow between their heart and lungs is abnormal. Most children born with PPHN ultimately die. The few that survive tend to have significant life-limiting disabilities include:

In 2006, an official warning was issued by the FDA so that physicians and patients alike could be aware of the dangers of Lexapro. The warning stated that the chance of developing PPHN was six times higher in women who took Lexapro.

Furthermore, it is known that babies of women who took Lexapro often suffer from other birth defects, including atrial and ventricular septal defects (congenital heart defects). This stops the blood from properly going through the heart, thereby making all the organs work harder. Additionally, there is a documented link between Lexapro and infant neural tube defects (NTDs). NTDs can cause a malformation of the brain and skull, respiratory distress, cleft palate and lip and, possibly, autism. Spina bifida, limb defects and cranial defects have also been suggested.

The FDA black box warning has specifically been added for suicidal tendencies and thoughts. Those who take Lexapro can become suicidal as a result of taking the drug. This is particularly common when they have only just start taking the drug. The risk is very severe, which is why an official suicidal warning has been issued, specifically for patients up to the age of 25. Patients who are diagnosed with Bipolar Disorder or have a family history of this, or those who have previous suicide attempts are at particular risk.

It is also very important to be aware of the risk of developing serotonin syndrome. This is a potentially life-threatening condition whereby the brain starts to produce excess levels of serotonin. Usually, this happens in patients who take more than one drug that act on levels of serotonin, which include migraine medication like triptans. Symptoms of serotonin syndrome include diarrhea, restlessness, fever, hallucinations, rapid blood pressure changes, and vomiting.

Those who stop taking Lexapro suddenly can experience SSRI discontinuation syndrome. This exhibits as a type of flu, including diarrhea, headaches, chills and nausea. Additionally, they can experience sensations best compared to electric shocks, which are known as brain zaps or brain waves, as well as restlessness.

Quite a number of lawsuits have now been filed against Forest Laboratories, and these have been joined together in two MDLs (multidistrict litigations). They run in U.S. District Courts of Missouri and Massachusetts. Plaintiffs allege that Lexapro lead users develop an increased risk of suicide. There have also been at least two class action lawsuits in relation to the marketing practices of the drug. Furthermore, individual lawsuits have been filed by women who took the drug during pregnancy and gave birth to babies with birth defects.

It is not uncommon for physicians to prescribe SSRIs to pregnant women, often in order to prevent debilitation mental disorders. Drug makers always highlight how effective SSRIs are in treating these types of disorders. However, patients and doctors alike have a right to be able to make an informed decision when it comes to medication, which means they must be made aware of the potential dangers associated with a drug. This will allow them to weigh the pros and cons.

It is for this reason that drug makers are legally obliged to perform clinical tests on their drugs and to provide warnings about any dangers that they have observed. If they do not do so, then patients and doctors are deprived of their ability to make proper decisions in terms of health care. When a product is marketed without warnings about potential dangers, they could be held liable for negligence under the law. It is for this reason that some families have started filing lawsuits against Forest Laboratories as well as Forest Pharmaceuticals, alleging that they did not provide the right kind of warning about the potential risk of birth defects when taking Lexapro during pregnancy. 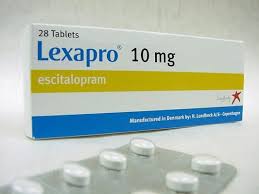