FDA has issued warnings in September 2019 that some Zantac (generic name ranitidine) heartburn drugs are tainted with NDMA, a probable human carcinogen that can cause cancer. (FDA.gov)

FDA has been studying NDMA and related nitrosamine impurities in several drugs, including blood failure and heart failure drugs called Angiotensin II Receptor Blockers or ARBs. It recently has expanded its research to include Zantac and ranitidine and has determined these drugs also contain the toxic human carcinogen NDMA.

If you take Zantac or ranitidine and have been diagnosed with cancer, you could be entitled to compensation in a personal injury lawsuit. Please contact our law firm for more information.

N-nitrosodimethylamine (NDMA) is a toxic chemical impurity that is leftover from the manufacturing and industrial processes that are used to produce Zantac. NDMA is made when pharmaceutical companies reuse certain materials, such as solvents. NDMA is especially damaging to the liver. People who have been poisoned by NDMA have passed away from severe liver damage and internal bleeding.

Can NDMA Cause Cancer?

NDMA has been established to cause cancer in some animal studies. Mice and rats have developed liver cancer, lung cancer, and liver damage if they are given NDMA for more than three weeks. In some species of pregnant animals, NDMA can lead to stillbirth and birth defects.

Because NDMA is highly toxic, there have been no clinical studies of its use in people. NDMA has been determined to be a probable human carcinogen by the WHO’s International Agency for Research on Cancer (IARC).

In September 2019, the US drug enforcement agency warned Americans and healthcare professionals that some Zantac heartburn drugs, as well as some generics, were tainted with the cancer-causing carcinogen N-nitrosodimethylamine. Drugs contaminated with NDMA can cause serious injuries, including cancer. Some of the cancers that are linked to NDMA are:

Other health injuries associated with Zantac are:

FDA reported many of the drugs were made in India and China. This raises questions about the quality of the manufacturing of generic drugs overseas. FDA does not understand how NDMA made its way into the drugs. But the early hypothesis is that it is different from manufacturing processes for hypertension drugs that also contain the impurity. Some drug industry insiders believe NDMA is inherently present in the heartburn drug.

There was a Stanford study done in 2016 based on this understanding. (Bloomberg.com)

Environmental researchers at Stanford interested in how NDMA can form at very low levels in wastewater measured NDMA levels in the urine of 10 patient volunteers who took Zantac. They discovered NDMA levels rose 400 times after the drug was taken – to 48 micrograms. This is almost triple the 17 micrograms FDA found is some recalled hypertension pills. The researchers said the risks of Zantac warrant further evaluation. Other studies have found NDMA amounts as high as 3,000 micrograms in some Zantac pills.

Clinical researchers at the Memorial Sloan Kettering Cancer Center also are studying whether NDMA levels in generic and brand name Zantac could be connected to a higher risk of cancer.

How Does Zantac Get Contaminated?

The investigation of Zantac by FDA highlights the issues that federal regulators deal with when they are working with an international pharmaceutical industry that exports many generic drugs from dozens of countries. Most follow very different processes when they bring products to the market. Several drugs that were found recently to contain higher levels of NDMA were made in India and China. This raises serious questions about the safety of all drugs manufactured in those nations.

Is Zantac Safe For Me To Use?

NDMA is an environmental contaminant that is found in foods including meats, dairy, and some vegetables. FDA has said the levels found in Zantac from early tests are barely more than you could find in many common foods. Still, more research should be done, and if you have gotten cancer after taking Zantac, it is prudent to talk to your doctor and a personal injury attorney about possible legal action.

There is a 2019 class-action lawsuit seeking to represent injured parties who have bought OTC Zantac and have had health problems due to high levels of NDMA.

Attorneys participating in the class action hope to obtain refunds for patients who bought Zantac. They also want a court order to be issued that will force Sanofi and Boehringer Ingelheim to cease selling the drug or add a warning to the container.

The class-action lawsuit accuses the drug companies of not warning consumers about the high levels of NDMA in Zantac. Several clinical studies have proven that Zantac forms the human carcinogen when it is put in water. A person who takes Zantac has 400 times more NDMA in their urine.

Because it is such a toxic chemical, FDA has established a daily limit for NDMA at 96 nanograms. But recent testing found more than 2,500,000 nanograms of the contaminant in every 150 mg pill of Zantac. So Zantac can contain 26,000 times more NDMA than what the drug agency considers to be safe.

The class-action lawsuit was filed on Sept. 13, 2019, in the US District Court for the Northern District of California.

Should I File a Zantac Lawsuit?

While you can always join the current class action litigation, our drug defect attorneys believe the best way to obtain a maximum payout for your injuries is to file a personal injury lawsuit against the drug manufacturers. If you can prove through a medical diagnosis that you suffered cancer or another injury from taking Zantac, you could be entitled to medical expenses, lost wages, and pain and suffering.

Please contact the law offices of Melinda J. Helbock A.P.C. today so we can determine if you have a potential legal case. 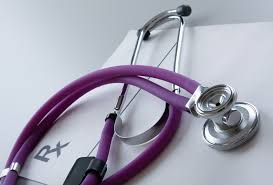