In 2012, the U.S. Department of Justice (DOJ) filed and won criminal and civil claims that resulted in the largest health care fraud settlement ever. The penalty levied on and paid by pharmaceutical company GlaxoSmithKline was $3 billion. At the core of this issue is a widely prescribed anti-nausea and vomiting medication, Zofran, also called Ondansetron.

Zofran belongs to a class of drugs called 5-HT3 receptor antagonists. It blocks the actions of serotonin in the body. This medication can be administered several ways, including in pill form, as an oral solution or an injection. Zofran was designed to provide relief to persons who suffer from nausea and vomiting that occurs during chemotherapy or following surgery.

Zofran also was commonly prescribed to pregnant women who were having problems with morning sickness. Over time, it was discovered that Zofran could have been the cause of birth defects, especially when used in the critical first trimester of pregnancy. In addition to potential harm to the fetus, the FDA cites other risks associated with this drug, including changes in the electrical activity of the heart, which could then cause a potentially fatal abnormality in heart rhythm.

Women who are pregnant may suffer from nausea and vomiting, especially in the first trimester of their pregnancy. Seeking relief from this problem, many women and their doctors turned to Zofran, a prescription medication that was first introduced by drug manufacturer GlaxoSmithKline, in 1991. Unfortunately, this drug was put on the market without any warnings that it could be unsafe for an unborn child or the mother.

One reason the FDA took legal measures against GlaxoSmithKline with regard to Zofran was that the company promoted this anti-nausea medicine without prior FDA approval. Other claims included that the company paid kickbacks to health care providers and physicians to promote Zofran and other medications. Later studies show that Zofran side-effects caused harm to some pregnant women and their unborn babies.

From all the recent studies and the result of the 2012 FDA lawsuits against GlaxoSmithKline, the safety of use of Zofran is shown to be questionable. The medicine does increase risks of physical damage to users and unborn children. It is, however, apparently an effective medicine to use for treatment of nausea and vomiting associated with chemotherapy and surgery. Zofran blocks serotonin, a natural substance that the body naturally produces that causes vomiting.

The safety of use of this medicine is a concern when used by pregnant women, especially in the first trimester, when the unborn child has fastest development of critical systems and general physical growth. Studies that show a relationship between taking Zofran and subsequent development of physical defects or malformation of the unborn child reinforce claims that this drug is unsafe for use by pregnant women. Other serious problems involving heart rhythm abnormalities also warrant attention by doctors and potential users.

This drug must be taken carefully, not overused, and according to a definite schedule for dosage. In addition to use by adults, Zofran has been prescribed for use by children who are vomiting due to acute gastroenteritis.

Possibly the most important Zofran lawsuit is the one filed and won by the Department of Justice (DOJ), in 2012. They sued GlaxoSmithKline and won settlements totaling $3 billion, the largest health care fraud settlement ever won against a drug company, in the history of the U.S. The premise of these criminal and civil claims is that GlaxoSmithKline failed to obtain FDA approval prior to promoting the use of this drug by pregnant women as an anti-nausea remedy. This lawsuit also claimed that this drug manufacturer influenced doctors and health care providers by paying kickbacks to them in order to promote the prescription of Zofran and other prescription medications produced by GlaxoSmithKline.

Despite this major lawsuit, the general recommendations (US) for use of Zofran are to only use it when specifically needed. There have been no conclusive studies (AU, UK) with animals or humans that prove it causes birth defects or malformations. It is not known if the drug passes into milk or causes harm to nursing infants. In the United States, lawsuits have been filed by families of women who used Zofran during pregnancy and then produced children who had birth defects including cleft lip, cleft palate and heart defects.

In January, 2016, GlaxoSmithKline filed for dismissal of all Zofran lawsuits, but that was denied by a federal Judge in February, 2016. The first of these lawsuits was filed in February of 2015, with hundreds more to follow. Initially, those lawsuits were filed in various federal courts across the country. Recently, all were consolidated into a “Multi-District Litigation” and transferred to the jurisdiction of the US District Court of Massachusetts. According to the legal community, this action of consolidation does not prevent other families from filing lawsuits. One federal judge, F. Dennis Saylor IV, will preside over that group of lawsuits, currently numbering over 200 claims of birth defects. He also gave those plaintiffs additional time to develop their cases.

Basic lawsuit claims are similar, but also vary by each individual case filed. Claims against GlaxoSmithKline include these commonly cited issues:

In addition to these legal claims, other companies are also targeted in Zofran lawsuits. In 2006, Zofran lost its patent, but then generic versions of Ondansetron (Zofran) were manufactured by Novartis and a subsidiary company, Sandoz. These off-label brands were prescribed to patients, and so was a new version, Zuplenz, that did not require water because it dissolved in the mouth.

Although GlaxoSmithKline pled guilty on those federal fraud and illegal promotion charges for Zofran and several other drugs, and paid their settlement fine of $3 billion, these other companies also may face litigation. In 2015, Galena Biopharma and Novartis both have acquired licensing rights for Zuplenz Licensing rights were acquired by Galena Biopharma for Zuplenz and by Novartis for Zofran marketing.

It is estimated that GlaxoSmithKline earned millions of dollars on sales of Zofran, and that about 1 million women used that drug or a generic version of it each year. No versions of Ondansetron (Zofran) have been approved for use by pregnant women.

If you took Zofran or another off-label brand of the drug Ondansetron during a pregnancy, and your child suffered from a birth defect or malformation, take time to consult with an experienced Zofran Attorney. A lawyer who has handled many similar cases can offer you the best opportunity to gain compensation for those personal injuries and related non-economic damages.

In any lawsuit, time limits may apply, but even if you believe it to be too late, it is important to double check with your experienced Zofran Attorney. In many cases, time limits may not be a factor in your ability to file for compensation for personal injuries. Get a free consultation immediately, especially if you have just learned about the problems cause by Zofran that might be the reason for your own or your child’s physical damage. If you have any concern about taking Zofran now or while you were pregnant and believe there might be an issue with drug safety, it is important to get answers now.

An experienced Zofran Attorney will already have the special knowledge required for filing this type of lawsuit against GlaxoSmithKline or one of the other companies who sold off-label versions of Ondansetron. They know how to prepare and present your case for litigation and courtroom representation. Another factor that favors obtaining legal assistance from an attorney who has handled other Zofran lawsuits includes efficiency, saving you both time and money in the long run.

When a child suffers birth defects that are due to negligent behavior by another person or a company, as the claims about Zofran suggest, the impact of that personal injury can be long-lasting or even deadly. If you suffered bodily harm from side effects of taking this drug, you also deserve fair compensation. The previous lawsuits claim that negligence caused personal injury. You should take any and all legal actions available to resolve your damage claims. Contact our experienced Zofran Attorney today to get started. We will work closely with you to set goals and win the compensation you are entitled to, through settlement or courtroom litigation. 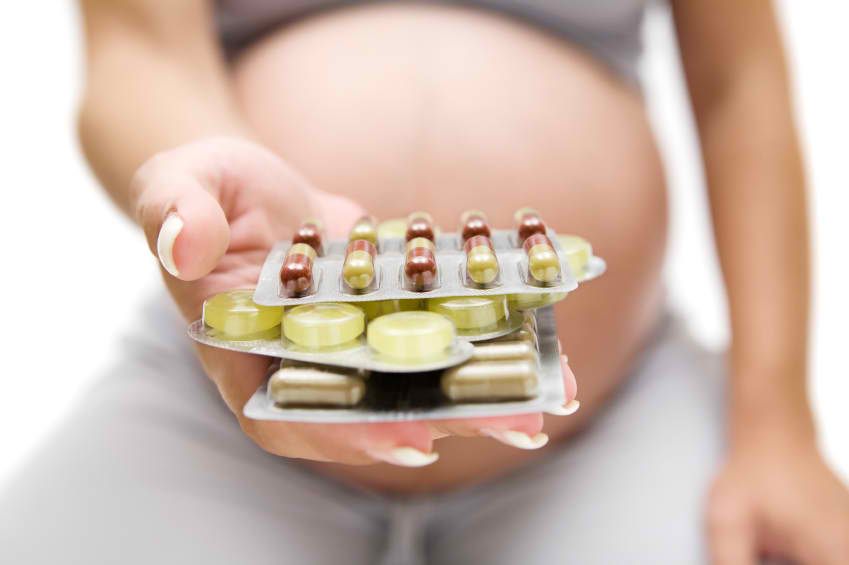