Zofran is an FDA approved drug to treat nausea and associated vomiting among individuals going through chemotherapy treatments for cancer, radiation therapy, and certain types of surgeries.

It was never approved to administer for the purpose of treating morning sickness or at any point during pregnancy.

Despite this, it has been widely prescribed as a treatment for nausea related to morning sickness. However, recent studies have revealed that prenatal exposure to Zofran poses a notable risk for certain birth defects and heart defects.

Learn the details below.

Prescription drug Zofran is from the drug maker GlaxoSmithKline. It is also referred to by the generic name, ondansetron.

Zofran is a medication commonly prescribed to treat vomiting and nausea associated with cancer chemotherapy, radiation treatments, and some types of surgery.

Zofran acts as a serotonin 5-HT3 receptor antagonist,which means it blogs chemicals in the body, such as serotonin, that trigger bouts of vomiting and nausea.

Zofran tablets should be taken orally with a full glass of water and allowed to dissolve in the mouth (no chewing) rather than swallowing. It is also available in liquid form, which should be taken by the mouth.

How Should Zofran Be Taken?

Zofran is generally prescribed with different instructions for different procedures. For instance, the initial dose is usually taken 30 minutes prior to chemotherapy, between one and two hours prior to radiation treatments, and one hour before surgery.

Throughout chemotherapy and radiation treatment, it is not uncommon for doses to be taken one to three times daily until a couple of days after treatment ends.

Since 1991, when Zofran hit the market, doctors have been prescribing it to treat nausea related to morning sickness that occurs often in the first three months of pregnancy (first trimester) – despite the fact it had not been approved to treat these conditions by the FDA.

A 2012 study involved medications used to treat the morning sickness symptoms of pregnancy and the risk of selected birth defects. It was discovered that three of the protocols used to treat nausea and vomiting of pregnancy (NVP) were related to an increased risk of certain birth defects. Specifically, the study identified a twofold risk for cleft palate among babies born after prenatal exposure to ondansetron.

The Food and Drug Administration (FDA) issued a warning update in 2012 citing a possibly increased risk of developing potentially fatal arrhythmia – Torsade de pointes – in connection with the taking Zofran.

This is particularly important during pregnancy because electrolytes are generally imbalanced during this time. Anything that places the mother at risks also poses a significant risk for the unborn child.

Symptoms of heart-related problems from taking Zofran may include:

While seemingly related, a birth injury is different than a birth defect. According to About Birth Defects.org, one baby out of 33 will be affected by a birth defect. A birth defect is congenital, meaning that it is present at birth. Examples of a birth defect are a cleft palate and Down Syndrome. These are problems that result from the child’s DNA.

On the other hand, a birth defect may be the direct result of outside elements, such as a woman who is pregnant taking medications that is known to cause defects, such as certain classes of drugs that cross the brain blood border. In situations like this, the birth defect could have been prevented had the doctor not prescribed the medication.

Several studies have been conducted over the years to reveal several potential birth defects attributed to the use of Zofran during the first three months of pregnancy, including the following:

Zofran and birth defects are associated with the drug, including kidney disease, jaundice, fetal growth restrictions, and even death along with various dangerous pregnancy complications.

Support groups help parents who had a son or daughter with a birth injury with networking, resources, and especially bereavement if the birth injury resulted in death. Support groups contain community members who are in the same circumstances. Talking with other family members who are also affected by a birth defect helps with emotional support, and often a great information resources should you have questions or concerns over what legal action to take.

The FDA and Zofran

Can Zofran cause birth defects? Since the FDA’s initial approval of ondansetron for the prevention of nausea and related vomiting related to chemotherapy, radiation, and surgical treatments, there have been several adjustments related to new information about the drug and its effect on patients.

It’s important to remember, though, that the FDA never offered approval for Zofran to be used to treat nausea related to pregnancy. According to Fertility Centers of New England, the FDA has cautioned against the use of Zofran during pregnancy due to the increased risks of birth defects.

The FDA has also announced that they are pulling the 32 mg dosage of Zofran from the market due to its potential for causing serious cardiac risks. The FDA is specifically concerned with the association between Zofran and an irregular heart rhythm called QT interval prolongation. This condition has a domino effect that can lead to Torsade de Pointes, which can result in death.

The U.S. Department of Justice announced GlaxoSmithKline’s agreement to plead guilty for its role in the wrongful promotion of various prescription medications, including Zofran on an off-label use, along with the company’s failure to report critical safety information. They have agreed to pay a $3 billion settlement in order to resolve their civil liability in this matter. This represents the single largest health care fraud settlement as well as the largest payment by a drug company in U.S. history to date.

The Department of Justice is counting this as a real win in the war on health care fraud and many states have lined up for their share of the settlement.

There are few things more devastating for new parents to experience than a child born with serious birth defects or heart defects or the loss of a child. Discovering that these experiences were preventable adds a new level of anguish and anger into the mix, and correlates to the reasons why mothers and parents have filed Zofran birth injury lawsuits against the maker GlaxoSmithKline.

The birth defects and heart defects associated with Zofran are particularly heartbreaking because they are so stigmatizing, in the event of cleft lip or cleft palate, and so potentially lethal in the instance of heart problems that may plague the child for life.

Perhaps that is part of the reason the GlaxoSmithKline settlement was so large. The hope is that the size and scope of this settlement will be substantial enough to deter other drug companies from similar acts in the future.

While more studies may be needed, always speak to your physician regarding the side effects of taking Zofran while pregnant. In addition, if you or a loved one has a baby born with birth defects, you may be entitled to receive compensation by filing a Zofran birth defects lawsuit. 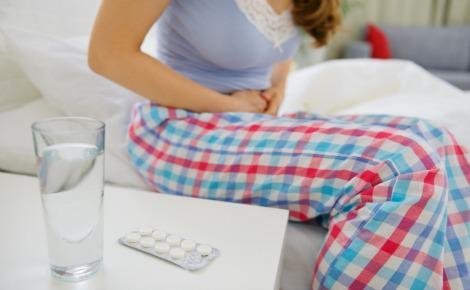