Zoloft, also known by the generic name sertraline, is part of the category of medications known as SSRIs (Serotonin Selective Reuptake Inhibitor). SSRIs prohibit serotonin from being reabsorbed by the brain, which in turn boosts mood. Because of the success of SSRIs in treating depression, drugs like Zoloft have become incredibly popular in recent years.

Zoloft is produced by Pfizer. Founded in 1849, and now present in 180 countries, Pfizer is considered one of the largest pharmaceutical companies in the world. On their website, the company claims to be a leader in pharmaceutical research, and focuses on operating with transparency.

In 1999, after nine years of use in the UK, Zoloft gained approval from the FDA for sale in the United States. Within six years of it’s release, Zoloft became the most popular medication used to treat depression in the states.

The medication guide for Zoloft provided by the FDA indicates it is primarily used for depression but can also be used to treat the following conditions:

Side Effects of Zoloft

Additionally provided by the FDA’s Zoloft medication guide are multiple side effects of varying severity. Individuals prescribed Zoloft should talk to their doctor if they are experiencing any of these symptoms.

Because of the nature of SSRIs, it is considered unsafe to abruptly stop taking Zoloft. And individuals who would like to discontinue its use are advised to speak with their doctors first. The potential side effects of Zoloft are as follows:

The FDA has categorized Zoloft as a class C pregnancy drug. This means that no studies have been performed on humans to determine the dangers of taking Zoloft during pregnancy. However, animal testing has shown that there is real potential for harm to the fetus if it is exposed to Zoloft.

Even though studies did show potential for harm to the fetus in animal research, Zoloft has been prescribed to pregnant women. Because it can be dangerous to suddenly stop taking Zoloft, doctors struggle to determine if it is better to put the mother at risk for preeclampsia, miscarriage, and early labor or to put the baby at risk of birth defects.

The potential birth defects or injuries for those mothers taking Zoloft include:

There are varying opinions concerning the risks of breastfeeding while taking Zoloft. Research has shown that small amounts of Zoloft transfer to breast milk, but it isn’t clear how risk this is for nursing babies. Because the risks are unclear, mothers should take caution when considering taking Zoloft while breastfeeding.

Even though research has shown there are serious risks factors when taking Zoloft while pregnant, doctors have prescribed Zoloft to pregnant women. Since being introduced in the United States, Zoloft has become one of the most popular medications for depression.

Because of new research about this drug which indicates the serious risk of birth defects when taken while pregnant, many lawsuits have been filed against Pfizer. In some cases, these birth defects can result in death and in many cases, the birth defect is a lifelong condition.

Some notable lawsuits pertaining to Zoloft include:

In all of these cases, the mothers insist they would have never put their children at risk for birth defects if they had been properly warned that Zoloft was not safe to take during their pregnancies. They are suing in hopes of receiving compensation for their multiples procedures their children have needed since birth.

When potential danger exists when taking a medication, it the responsibility of pharmaceutical companies to make every effort to properly warn of these risks. Many lawsuits have been filed against Pfizer arguing they marketed Zoloft falsely as being safe for consumption during pregnancy.

Pharmaceutical companies are responsible for informing consumers of the risks factors of the medications they produce. After taking Zoloft while pregnant, did you give birth to a child with defects? You have legal rights and may have grounds for filing a lawsuit against Pfizer.

If you took Zoloft while pregnant, and your baby was born with birth defects, a one of our lawyers may be able to help you. 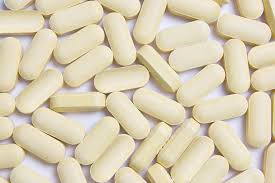