According to the World Health Organization, Noncommunicable diseases (NCDs) are known as cardiovascular diseases, cancers, diabetes, dementia, parkinsons, liver and kidney disease and more. These (NCDs) kill 41 million people each year, equivalent to 71% of all deaths globally. Cardiovascular diseases account for most of the (NCDs) deaths, or 17.9 million people annually, followed by cancers (9.0 million), respiratory diseases (3.9million), and diabetes (1.6 million).

ConsumerProtect.com recently reviewed thousands of products suspected of wreaking havoc on consumers health. From additives intentionally added to foods to toxins in the water supply to herbicide and pesticide residue, a regular trip shopping at the grocery store is bringing these harmful ingredients right into your families home and affecting your health.

Our analysis finds nearly 30 potential toxins are lurking in the foods you eat every day.

The most popular herbicide in the history of the world, glyphosate (Roundup) is used widely in the production of crops like soybeans and corn. It’s been found in virtually all food produced in the United States, according to the results of a Freedom of Information Act request by the Guardian. Invented by Monsanto, glyphosate works by preventing plants from making certain proteins necessary to sustain growth, thereby killing any plant it’s sprayed on. Monsanto also developed Roundup-ready seed, which thousands of farms now use. Glyphosate is a human carcinogen, disrupts the bodies endocrine system and prevents red blood cells from maintaining healthy levels of vitamin C, which is important not only for immunity but also for blood vessel and heart health. Rates of glyphosate observed in humans skyrocketed by 500% in a period between 1993 and 2016.

Drugs, including natural and synthetic versions of the hormones estrogen, progesterone and testosterone, used in livestock production to increase animals’ growth rates.

Synthetic dyes used to color foods. Tartrazine (yellow #5) and sunset yellow (yellow #6) are two of the most common food dyes in use.

An artificial sweetener derived from genetically modified corn starch, high-fructose corn syrup (HFCS) has been used as a replacement for sugar since the 1970s. Given its origin from corn, in many places, HFCS is cheaper than sugar, so it’s used to keep food prices low.

Both substances are salts added to meats like jerky, bacon, ham and lunch meats to cure and preserve them. Sodium nitrate also occurs naturally in some vegetables and is converted to sodium nitrite when contacted by human saliva.

Monosodium glutamate is a flavor enhancer added to many foods. It’s derived from the amino acid glutamate, one of the most commonly naturally occuring amino acids in nature, including being produced by the human body itself.

Used commonly in baking, potassium bromate is used to strengthen and whiten dough and improve its elasticity.

An antioxidant commonly added to foods containing fat and oil.

tert-Butylhydroquinone is a form of butane used as a preservative in food but also can be found in consumer products like furniture varnish.

An artificial sweetener used to enhance the flavor of food and medicines as a replacement for sugar.

A broad-spectrum pesticide that’s also used as a wood protectant.

An artificial sweetener used to enhance the flavor and replace sugar in many foods and medicines. Aspartame is one of the most commonly used sugar substitutes in the world.

This known carcinogen is added or created in the form of benzoates for a preservative effect. Benzene is released into the air via pollution and is also a common ingredient in cigarettes.

A preservate, thickening agent and emulsifier, sodium phosphate is used in many foods and medications.

Artificial brown color used in the production of soft drinks and other foods. Caramel coloring is the result of a chemical reaction between sugars and ammonia and sulfites. These reactions produce 2-methylimidazole (2-MEI) and 4-methylimidazole (4-MEI), both brown-colored substances.

A colorless alcohol often referred to as ethyl alcohol. It’s a psychoactive compound produced by the fermentation of sugars by yeast or other processes. It’s also used as a disinfectant and fuel.

A pesticide most frequently sprayed on fruits post-harvest, particularly on apples.

A pesticide used to control fungus growth both in commercial and residential applications.

A pesticide used frequently in the production of produce like grapes, almonds, potatoes, rice, onions, as well as being used on lawns and golf courses.

Dichlorodiphenyldichloroethylene is a chemical compound created by the breakdown of the better-known (and banned in the U.S.) insecticide DDT.

A pesticide used in agricultural production.

A heavy metal that’s a frequent contaminant in water supplies and has been linked to mental deficiencies in those exposed to it. Lead poisoning can be fatal.

Our research shows that while a wide range of foods, including some of our favorites, hold the possibility of being contaminated by harmful substances, there are a few things you can do to reduce your risk: eat natural, organic foods; avoid packaged and canned foods; and cook as much of your own food as possible.

A note about our research: We’ve included links directly in the text to findings and studies to reinforce the danger of these substances. A few resources were especially helpful in our analysis, including: 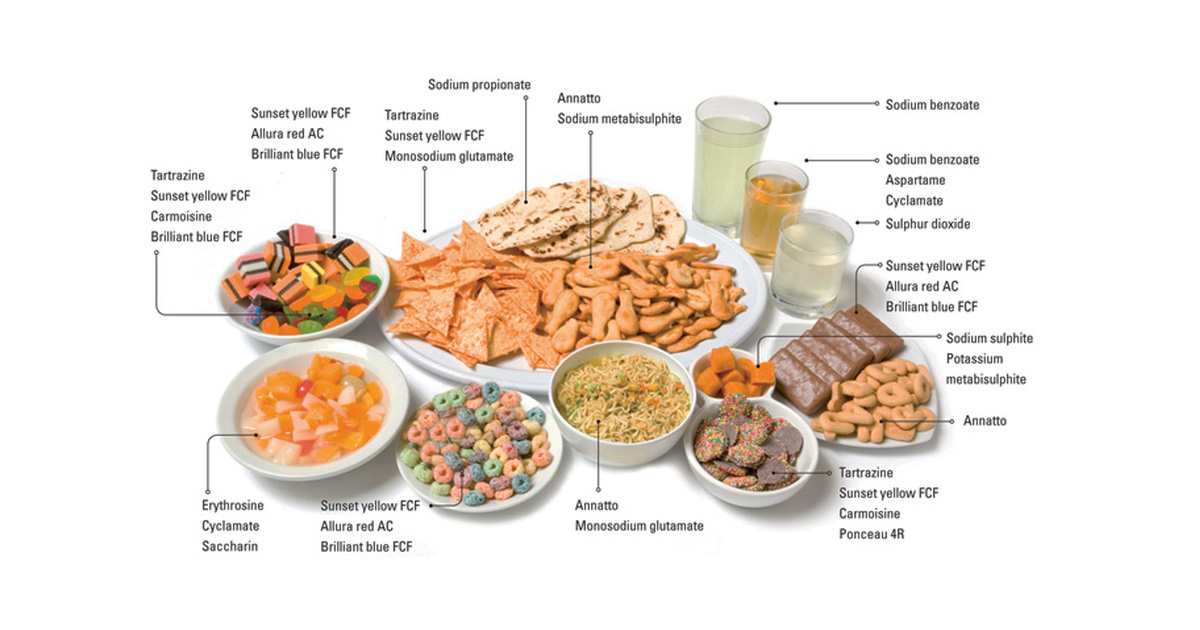