Social networking has become a part of life for many people. It is particularly popular with children and young people, who use a variety of these sites to speak to their friends, share photographs, find information and more. The problem, however, is that there are quite a few dangers associated with social media. It is important to be aware of these, particularly as a parent, so that you can make sure your child is able to remain safe online.

What Are Social Networks?

There are many different social networking sites. The five most popular ones are:

Other popular networks include Tumblr, LinkedIn, Instagram, Yahoo! Answers, and Google+. It is important to understand, as well, that the above statistics refer to overall internet usage. When looking at children and young people alone, the most popular networks will be slightly different. However, all of these sites are actually a type of ‘community’, where people can share interests and more. To use it, you need to create a profile, which will give other users a certain degree of information for each particular person. All of these networks have been designed for communication, sharing and fun. However, they have some inherent dangers as well.

The Dangers of Social Media

Most children and young people think that social networks are ‘cool’. Adults, for their part, are being told that they have to have social media profiles as potential employers use them to create a picture of a particular person. The pressure to join, therefore, is very high, regardless of someone’s age group.

Threats exist on social media, unfortunately. But these threats are not new threats that only exist in the virtual world. The problem is more about people not knowing how to deal with these common threats due to the simple fact that they exist in an unfamiliar virtual environment.

Problems usually start to arise when people share their personal information with the wrong people, just as in the real world. It is vital to look after this type of information properly. Some of the specific dangers of social media include:

Let’s take a look at these in greater detail.

Cyber bullying often happens to children who are also bullied in person. However, it is much more difficult to get away from bullying in cyberspace. This is because they can be under attack around the clock and it can even affect children when they are alone. The bullying itself can be done anonymously and it is all too easy for the information to go viral, affecting the child’s wider social circles as well. Unfortunately, it is not uncommon for the source to be untraceable. Additionally, it is said that once something is online, it is almost impossible to take it off, and this is certainly true for information that is posted in order to bully someone.

Children who are cyber bullied are at risk. It is more likely that they:

Cyber bullying is a common occurrence. It is believed that 9% of all students aged between 6 and 12 experience it. Additionally, some 15% of high school students are subjected to cyber bullying. Research is being conducted on this. The problem, however, is that technology changes so quickly that it becomes hard to keep up with it.

When people leave too many details open to the public on their social media profile, it is very much possible that someone could use this to commit identity theft. This, in part, falls under invasion of privacy, as it is related to appropriation of name or likeness. However, the big difference is that identity theft is usually done in order to obtain money. The thief could use it to apply for credit or social security benefits, for instance.

Exposure to Offensive Images and Messages

Online radicalization is very real and something to be aware of. Additionally, the internet is filled with pornography and other images that children should not be exposed to. Many posts on social media have been designed to challenge people’s core beliefs, whether these are about religion, social situations, politics or anything else. Unfortunately, human beings, and young people in particular, are curious by nature.

This curiosity is something that certain online scammers also bank on. They create video links with enticing titles, usually of either a celebrity scandal or something that is nothing short of gruesome, such as a beheading, because they know young people will click on it. This, in turn, will then lead to malware being installed on their computer, which has its own dangers.

Grooming is a term that describes the way people who want to harm children and young people sexually manage to befriend them. Often, they groom not just their intended victims, but also their families. It is a long process that involves building trust. Grooming can happen anywhere, including within families, schools, churches and sports clubs.

Online grooming is slightly different, because it tends to be more focused on the intended victim. The groomers will find out as much information as they can from the child, while also finding out how likely it is that a child will tell. If they find out that the child makes a good potential victim, they will start monitoring the child’s social media accounts and more. All the while, they will continue to befriend the child and gain his or her trust, often by posing as somebody.

Grooming is one of the biggest dangers of social media, because it is so easy for a groomer to find a victim. They can simply create fake profiles that their potential victims will find interesting. They will, for the duration of their grooming, pretend to be someone they are not. There are some worrying statistics for those who believe grooming is not a real danger. Did you know that a 31% of 9 to 19 year olds who use the internet at least once a week have received sexual comments? And that 33% had received nasty messages? Yet only 7% of parents and carers believe their child has been victimized in such a way.

It is also important to understand that online grooming tends to be much quicker than real life grooming. That is because it is easier to find victims online, and it is easier to be likable online. Unfortunately, the goal of a groomer is to sexually exploit children and young people and the danger of them coming across your child is very real. 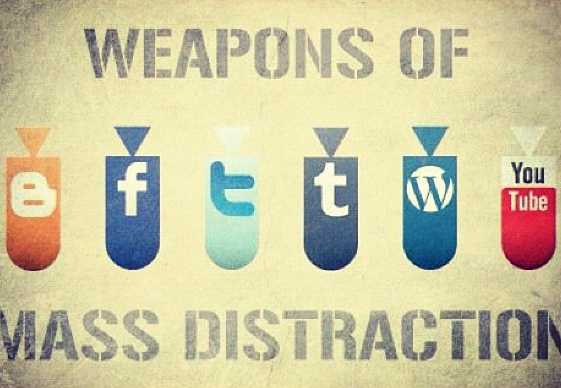