When we go to a physician and they prescribe us medication, we often simply take it without questioning it. Most of us will read the information provided in the leaflet, but we presume we won’t suffer any of the side effects. We often have a blind faith in our physicians and, while this is generally not misplaced trust, it is important to be aware of the risks associated with certain drugs that you may be prescribed. If these concern you, then you are entitled to ask your physician for a different product. So what are some of the most dangerous prescription drugs out there?

It is not recommended to take this drug for a period longer than two weeks. While it is a fantastic short term product for things such as poison ivy treatment, it has significant side effects, which differ depending on how the drug is taken.

“Like all medications, corticosteroids carry a risk of side effects. Some side effects can cause serious health problems. When you know what side effects are possible, you can take steps to control their impact on your health.”

Methotrexate is a chemotherapeutic drug, which means that it is actually a poison. It is used mainly in the treatment of rheumatoid arthritis, often at the same time as cortisone drugs, which has the potential to be lethal particularly with long term use. Interestingly, despite the devastating side effects, methotrexate is prescribed to 90% of rheumatoid arthritis patients.

Warfarin is a blood thinner, which may be needed to treat people with certain blood disorders. However, it is so potent that there have actually been incidents of people bleeding to death after suffering from a slight fall or razor cut. Additionally, warfarin is actually a type of rat poison, which means that cells and blood vessels are weakened over time. (See warfarin blood thinner lawsuits). The drug is often prescribed to treat people who are at risk of heart attacks or strokes, but clinical trials have shown that mice and rats die after being given the drug, as they literally bleed to death. Some believe that many physicians are receiving payoffs from the pharmaceutical companies and that this is what leads them to ignore the serious side effects of this drug.

“Here’s what researchers have found to be the long term side effects of warfarin: Bleeding strokes, or brain strokes (hemorrhage strokes); and calcium build-up in the arteries and narrowing of the aortic valve that goes from the heart and carries oxygen to the body (aortic valve stenosis).”

Diuretics are prescribed to make kidneys function better. There are a number of low level diuretics that can be purchased over the counter. Essentially, they help the body to excrete excess water, providing very rapid relief. They are often prescribed to people who have cardiac problems and the reality is that diuretics are life-saving drugs. However, they also have significant side effects, particularly on the long term. For instance, they dangerously deplete the levels of vital minerals in the body. A number of other side effects have also been reported.

“Diuretics also raise blood cholesterol levels, disrupt carbohydrate metabolism, and can lead to diabetes mellitus in elderly patients. They cause inflammation of the pancreas and gallbladder, deafness, and loss of bladder control. Some researchers fear they may even be linked to cancer of the kidney.”

Proscar is prescribed to men with prostate cancer. Some 40,000 men a year lose their life to this form of cancer, and those numbers are rising. In fact, when a man reaches the age of 70, it is highly likely that he will have at least some cancerous cells found on the prostate, although this does not necessarily always lead to prostate cancer. Proscar is a drug produced by Merck as a treatment for prostate cancer, but various tests have shown it to be barely effective and to even be dangerous, particularly to women who may have sexual intercourse with men taking Proscar. In fact, a lawsuit has been filed against Merck due to the effects of Proscar.

“Propecia and Proscar, a more concentrated version of Propecia, have been linked to side effects, including sexual dysfunction. A lawsuit was filed against Merck, maker of Propecia and Proscar, in February, alleging Propecia is an ‘unreasonably dangerous’ drug and further claiming that Merck did not adequately warn about the risks associated with its hair loss treatment, The Pennsylvania Record (2/8/13) reports. Those risks, according to some studies, include diminished libido, erectile dysfunction and reduced sexual sensation as well as memory problems and depression.”

Everybody knows that all drugs have side effects. Sometimes, people take drugs to combat the side effects of other drugs, sending them into a downward spiral of medication. It is vital that you know what you take and what to expect from it, even if your physician seems confident in prescribing it to you. 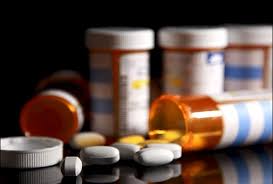