Unfortunately, it isn’t truly known what are the specific causes of spina bifida. Just as with many other physical problem, it is believed to be a result of various things, including environmental risk factors and genetic problems. These include, such things as folic acid deficiency or a family history of neural tube defects (NTDs).

In spina bifida, something disrupts the process of neural tube closing during gestation. It is suspected that the resulting malformation is caused by multiple factors, which could be nutritional, genetic or environmental. It is impossible, at present, to pinpoint the exact cause of the malformation. What is known, however, is that women who have a deficiency of folic acid, which is a very common B vitamin, are at much greater risk of giving birth to a child with spina bifida or some other type of NTD. This is why it is important to take prenatal vitamins that include adequate levels of folic acid. Those who are identified as being at an increased risk of having children with NTDs often have to take higher dosages of folic acid.

While there is no clear answer as to what specifically causes spina bifida, a number of risk factors have been identified, which could be seen as causes. These are:

1. Race. The condition has been observed to be most common in Hispanic and Caucasian population groups.

2. Gender. It is more common in girls.

4. Folate deficiency. Folate is also known as vitamin B9. It is vital to the healthy and proper development of babies. While folate exists in various foods naturally, it is still recommended that women who are trying to conceive supplement with folic acid, the synthetic form of folate, and to continue to do so until they have been one month pregnant. Women who have a folate deficiency are at a much higher risk of having children with spina bifida. This is why, if it is determined that the woman already is at higher risk, she will also be prescribed a stronger dosage of folic acid.

5. Certain medications. A number of medications are associated with birth defects including Zofran, Lexapro, Celexa, Paxil, Zoloft and others. With spina bifida, that link is generally only found in anti-seizure medication, including Depakene and other forms of valproic acid. It is not clear yet why valproic acid causes NTDs, but it is believed that it is because it interferes with the way the body uses folates or folic acid.

6. Diabetes. Babies of diabetic women who are finding it difficult to control their blood sugar are at an increased risk of developing spina bifida in utero.

7. Obesity. Pre-pregnancy obesity is believed to increase the risk of developing NTDs, which includes spina bifida.

8. Increased body temperature. There is now some scientific evidence that shows that women with hyperthermia, an increase in body temperature, during the first few weeks of pregnancy have a higher risk of having babies with spina bifida. When the core body temperature rises, be that due to hot tubs or saunas or due to fever caused by an illness, the chance of a baby developing spina bifida increases.

If you believe you are at risk of having a child with spina bifida, it is vital that you speak to medical professionals before you try to conceive. They will be able to determine whether you may need higher levels of folic acid, for instance. They will also be able to look at your current medication and determine whether or not you should change some of them.

Can Spina Bifida Be Prevented?

The most important weapon at our disposal to avoid spina bifida is folic acid. This is absolutely vital to the healthy development of a fetus. However, it is important to understand that taking a folic acid supplement does not 100% guarantee that a child will be born without an NTD. However, the risk of developing these disorders is greatly reduced. Besides supplementing, eating a diet high in folate (egg yolks, green leafy vegetables, grain products), can also be beneficial.

Women who already had a baby with spina bifida must be even more aware of this. They are between five and ten times more likely to have another child with the same disorder. This is another reason why it is so important to consult with medical professionals, as they will be able to recommend the dosage that is most suitable for each individual woman.

A number of research are being conducted into brain and nervous systems disorders. Organizations conducting these studies include:

NINDS and NIH are federal organizations that have various laboratories, including the main one in Bethesda, Maryland. They have grants and other support systems in place to help those who are looking into spina bifida acorss the country, including in various major medical institutions.

One specific study that is currently being conducted by NINDS is looking at what the hereditary basis could be for NTDs. The goal is to be able to identify the genetic code that causes babies to have a higher risk of developing NTDs than others in utero. Once completed, the research will be able to build on the existing knowledge and perhaps, eventually, help to prevent it from happening. Additionally, a study is being conducted on gene expression, which takes place during the neural tube closure process. This will tell scientists how the human nervous system develops, and whether there are specific factors that can make this go wrong.

Scientists supported by NINDS are current working at the identification, characterization and evaluation of genes that are believed to be linked to NTDs. They hope that this will create a blueprint of genes that are involved in neural tube closure and to use this to improve treatment, clinical care and genetic counseling.

Many other studies are currently taking place. One is looking at the different factors that could lessen or diminish the function of folic acid in the body during pregnancy. This is believed to be significantly linked to the development of spina bifida. The results of this study will give greater clarity on the importance of folates and could improve the supplements as well.

Other studies are not directly involved in spina bifida, but are linked to it. For instance, studies that look into the development of the brain and nervous system contribute vital information to the understanding of NTDs in general. With these studies, new treatments can be developed to help stop these types of birth defects and other disorders from occurring.

Finally, the NICHD is currently running a huge five year study into fetal surgery for spina bifida. They are trying to determine whether in utero surgery is more effective and safer than surgery a few days after birth. Currently, most babies are operated on after birth, but it may be proven that in utero surgery is actually better. The study is called the Management of Myelomeningocele Study or MOMS and is progressing very well. If it is found that in utero surgery is better, it will also look at when this should be conducted.

• National Institute of Neurological Disorders and Stroke Resources on Spina Bifida
• The BRAIN Initiative of the NIH
• National Institute of Child Health and Human Information Resource Center
• March of Dimes Foundation – Has the mission of preventing premature death, birth defects and infant mortality.
• Spina Bifida Association
• Information on the Management of Myelomeningocele Study or MOMS 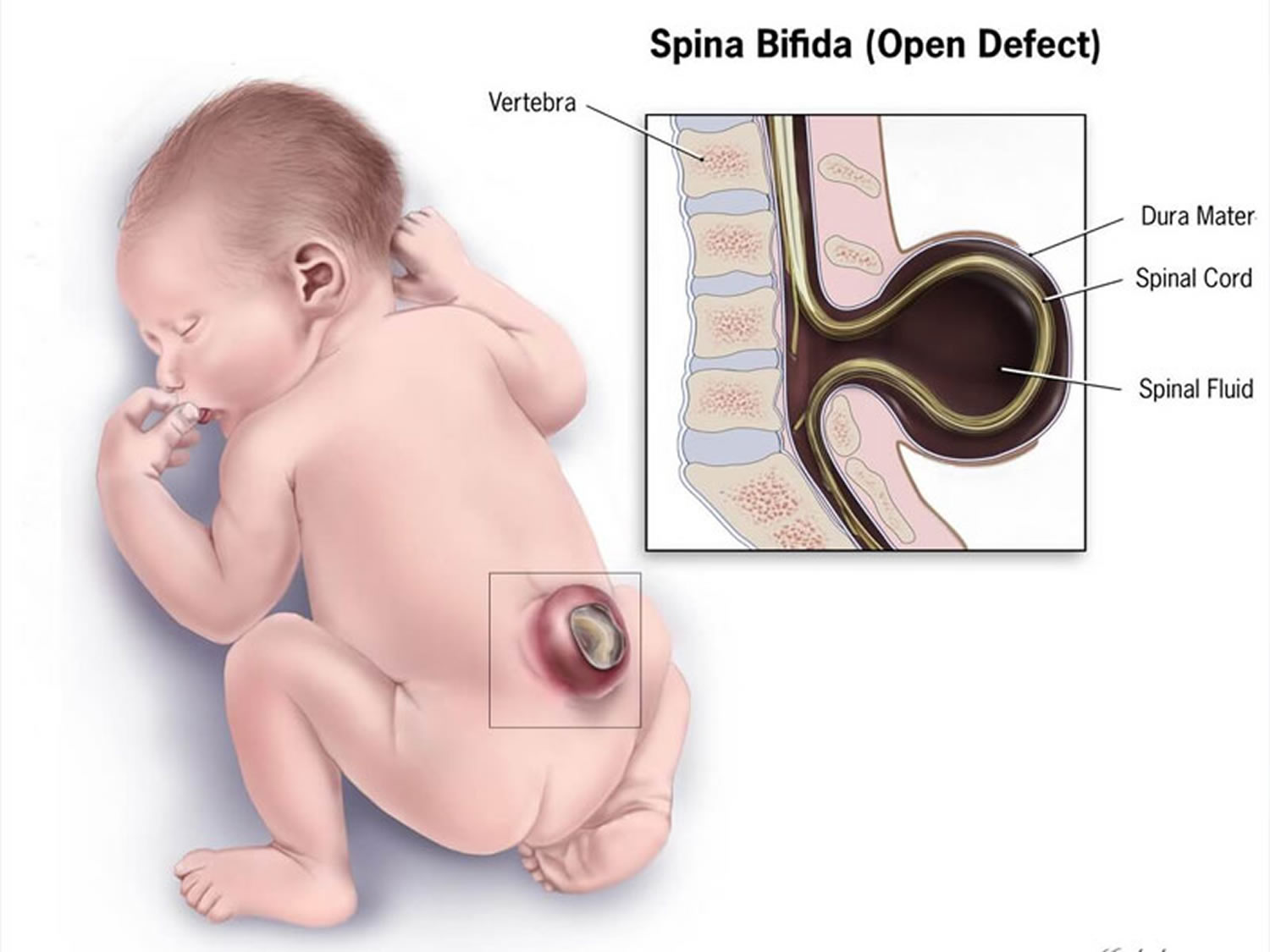