All parents want their children to be safe. When a new baby is on the way, you spend weeks and months baby-proofing your home, covering up electrical outlets and ensuring no sharp table edges will be able to stick your baby in the eye.

Many parents think the bulk of the perils end once children are old enough to understand and avoid danger themselves. But the statistics show that isn’t the case and that thousands of children are sickened, injured or even killed by products inside their homes every year.

Here’s a look at the 20 most harmful products for children:

From bleach to ammonium and unpronounceable chemicals in many commercial cleaning supplies, it’s likely that underneath your kitchen sink or inside a utility closet, you have a half-dozen or more potential poisons lurking.

Whether it’s dish or laundry detergent (we all know about laundry pods, don’t we?), toilet bowl cleaners, glass cleaners, lime and rust removers, oven cleaner or one dozens of other products, poisoning is one of the top causes of accidental death in children.

In fact, the CDC’s most recent data shows poisoning kills more children than falls or burns.

Unsecured top-heavy furniture like bookcases, armoires, entertainment centers, dressers and other items can easily topple over, even onto adults with the right level of force applied in the right place.

In addition to unsecured furniture pieces, the items on top or inside of them also can be at risk for falling over. A large TV, for instance, could easily fall onto a child if the TV is sitting on a low media stand.

Also, keep kids from having access to spices, as many are harmful if ingested in large quantities.

Falls are one of the top 10 causes of accidental child death in the U.S., just behind poisoning. When possible, children should be kept away from stairs until they have the motor control to walk up and down them confidently, and older children should not be allowed to run up or down stairs or play near railings.

Few of parents will take the time to examine the railings on their stairs until after an accident or near-miss.

Drownings are the leading cause of non-vehicular accidental child deaths in the country, and it’s not hard to understand why. With things like sinks, toilets, bathtubs, buckets and other water containers present in rooms all over the house, it’s hard to avoid water.

Secure toilets with lid locks, and never leave babies or toddlers alone near standing water. Pools should be surrounded by at least a 5-foot fence and self-latching gate.

Cosmetics, hair products and grooming items often contain harmful substances, such as parabens, lead and phthalates, which can be harmful when ingested by a curious child.

Such substances can cause acute symptoms of poisoning, while others have been linked to cancers and genetic defects.

In addition to potential poisoning due to dishwashing liquid, dishwashers also present the risk of being poked or sliced by cutlery or gaining access to other sharp objects they can use to create destruction throughout the house.

Even for those who use reusable shopping bags whenever possible, the plastic bag is inescapable in modern life, but plastic bags from grocery stores, dry cleaners and other retailers present huge suffocation hazards for children.

Suffocation is the second-leading cause of non-traffic accidental injury deaths in children, leading to more childhood deaths than poisoning and falls combined.

Whether hand tools like hammers or screwdrivers or power tools like saws and drills, a child carrying a tool could cause harm to herself or others in a matter of a few seconds. If tools are kept in the home, they should be out of reach of children and out of their line of vision, as tools are enticing.

Especially for younger children, cords and cables running from the wall to tables or other furniture can present a major tripping risk. Even for older children (and adults), a trip and fall can cause broken bones or worse.

Plants add natural beauty to the home, but unfortunately, dozens of species are potentially harmful and even toxic to humans. Peace lilies, common around Easter, should only be kept in houses with older children (and no pets), while Christmas favorite Poinsettia can cause skin irritation when touched and vomiting if consumed.

Additionally, allergies are quite common in children, and contact with plants often trigger attacks.

All sharp kitchen utensils should be kept well out of the reach of children. For very young children, their lack of motor control and judgement could make even a butter knife a dangerous weapon. And for older children who are more confident, an attempt at something as simple as slicing a banana could turn into a serious injury.

Homes with young children should keep all sharp kitchen objects in a closed and latched drawer.

Latex balloons have long been known as a childhood choking hazard, but these toys remain the leading cause of choking deaths caused by children’s products. Children under 8 should never be allowed to blow up latex balloons unsupervised, and burst balloon remnants should be thrown away immediately.

Mylar balloons are a good substitute for latex balloons, as they don’t fracture into smaller pieces when burst.

Burns are No. 3 non-traffic cause of accidental injury deaths among children, and candles not only increase the risk a child’s skin, clothing or hair will be burned, but candles can easily tip over and ignite other items, sparking a house fire.

Young children should not be unsupervised in a room with candles.

In addition to potentially dangerous plastics, water bottles present other risks to children, as they can present trip hazards if discarded on the floor without being cleaned up, and their easily lost caps are choking hazards.

Pet food generally tastes pretty bad, but that won’t always stop kids from trying it. Pet foods often are composed of small chunks of hard food, which presents a choking hazard, but pet food also has been subject to recalls because of salmonella contamination.

Small magnets, whether on a refrigerator or bulletin board, present a serious risk for children if they’re ingested. Once inside the body, magnets can cause intestinal injuries and, in rare cases, intestinal blockage that could lead to death.

Very strong magnets, often marketed to adults but exciting for kids as well, increase these risks, as the magnets are drawn to each other, even while inside the human body.

Ingesting medication is one of the most common methods of poisoning in children, and more than 200,000 kids each year visit emergency rooms because of drug reactions, though not all those technically are poisonings (many are simply allergic reactions). Even aspirin can be dangerous for children, so all medications should be kept out of their reach in a closed and latched cabinet, and never tell your child their medicine is candy in an effort to get them to take it more easily.

Children’s constitutions are much less hearty than adults, and their body weights are lower, so what it takes to get a grown adult drunk could well be enough to put a child in the hospital with alcohol poisoning.

Children should never be offered alcohol, even a sip, and all alcoholic beverages, including beer and wine, should be kept out of their reach in a closed and locked cabinet.

Many construction materials contain and emit harmful chemicals or residue. For instance, lead is common in roofing materials, pipes and paint. Creosote, a substance linked to cancer, is often used to create pressure-treated wood, which is often used in deck building. Silica occurs naturally in stone, sand and concrete but can be harmful when released into the air during construction.

Children should never be exposed to active construction sites, and parents should wisely source all materials they use for DIY renovation projects.

It only takes a second for a tragedy to occur, and no parent can be everywhere at once. Simple safety measures could literally be the difference between life and death. 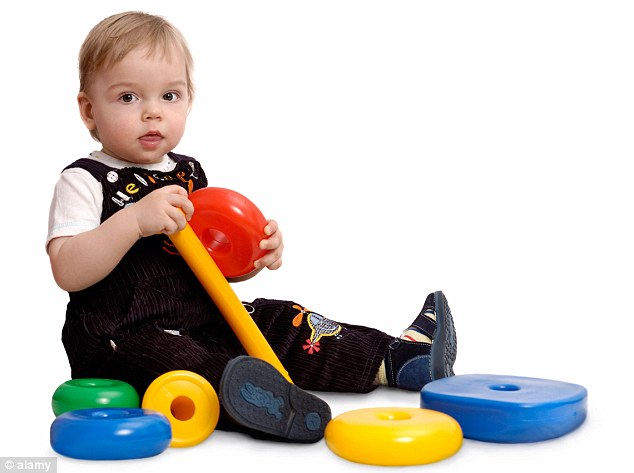