According to the CDC (U.S. Centers for Disease Control and Prevention), around 1 in 33 babies in this country are born with birth defects. While some birth defects happen through natural causes, an alarming number is believed to have been caused by medication taken by the mother just before or during pregnancy. Through safer practices and greater awareness, many birth defects could be prevented. Let’s take a look at certain medications that are associated with birth defects.

Those who suffer from hyperthyroidism are generally prescribed medication to help them manage their condition. While this is almost unavoidable, as it would be difficult to have a good quality of life without this medication, women who are intending to get pregnant or who have fallen pregnant, must immediately discuss this with their medical professional to avoid birth defects. Two medications are particularly harmful. Taking propylthiouracil in early pregnancy can lead to a 50% greater chance of developing birth defects. Even more alarming is taking methimazole.

“Babies born to women who took methimazole (MMI) experienced a 75 percent increased risk of birth defects tied to the musculoskeletal system when compared to children born to women in the general population who were not taking the medication.”

Topamax is used with people who have epilepsy to help them control their seizures. Again, therefore, it is a vital medication to help them live their life to the fullest. As a drug, it is also often used in combination with other drugs for people who have epileptic or non-epileptic seizures. However, the FDA has issued a formal warning about the risks of birth defects when taking Topamax during pregnancy.

“New drug registry data show that the risk of oral birth defects is up to 16 times higher among women who took topiramate or its generic equivalents during pregnancy.”

Many different antidepressants are associated with birth defects. Various cases are currently running against pharmaceutical giant GlaxoSmithKline for its Zoloft product, with affected people claiming that company executives were aware of these dangers but chose not to list these for greater financial gain. But is not the only antidepressant drug that has come under scrutiny. Other antidepressants, including Celexa and Lexapro, both produced by Forest Labs, are now also believed to be related to various birth defects.

4. Over the Counter Medication

A worrying fact is that many over the counter (OTC) medications can also cause birth defects. When taking these products, it is not possible to blame a medical professional, particularly since the leaflets enclosed with the medication will always state that they are not safe to take during pregnancy. Naturally, not all OTC drugs can cause problems. Drugs such as isotretinoin, aspirin, some antibiotics and Vitamin A are perfectly safe. However, around 10% of birth defects continue to be caused by OTC and prescription medications, showing that greater awareness is needed.

Very simply put, a woman should never take any type of medication, OTC or prescription, if she is pregnant or planning on becoming pregnant without first discussing this with her family doctor. 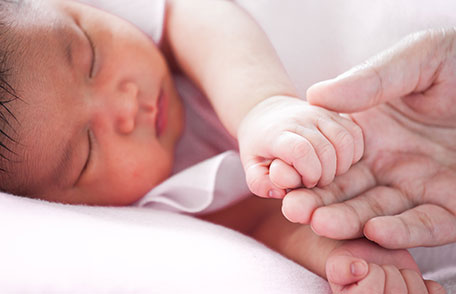