It seems that people in this country do not like to have debt. This is not just because people don’t like owing money, but also because of the associated problems. These include poor treatment from lenders and a lack of understanding of the terms and conditions of a loan.

In 2011, the Consumer Financial Protection Bureau was launched. This is a federal agency that looks at complaints received within the financial industry. They are doing this through their Consumer Complaint Database.

“Each week we send thousands of consumers’ complaints about financial products and services to companies for response. Those complaints are published here after the company responds or after 15 days, whichever comes first. By adding their voice, consumers help improve the financial marketplace.”

Their recent report shows that problems with debt continue to top the list. However, some new things are appearing as well. Specifically, complaints are received on three types of debt. The first is mortgage (703,000 complaints since 2011, or 27.4%). The fact that this element of debt is high on the complaints list won’t come as a surprise, considering the collapse of the housing market. Most complaints focus on loan modifications and foreclosures. Other complaints include not applying payments properly and demanding the full amount owed in one go.

Recently, however, a second type of complaint has started to become more common. This involves debt collection complaints.

“Just because you are late paying your bills, does not mean collection agencies can harass you or treat you unprofessionally. If your rights have been violated, you don’t have to tolerate it. With one call, you can file a complaint, make them stop, and you might just get paid for it. The Fair Debt Collection Practices Act clearly defines unacceptable behavior.”

There are many other types of complaints. These surround student loans, credit cards, consumer loans, payday loans and more. Around 10% of the total complains are around bank accounts and services, and recent months have seen an increase in these. Some particular issues with banks include issues with deposits and withdrawals, low balance fees, money orders, account opening and closing, and foreign currency exchange.

“FINRA operates the largest securities dispute resolution forum in the United States, and has extensive experience in providing a fair, efficient and effective venue to handle a securities-related dispute. The resolution of problems and disputes is accomplished through two non-judicial proceedings: arbitration and mediation.”

For investors, the biggest complaints are around their brokers or financial advisors, citing breach of fiduciary duty. Next, allegations of negligence top the list. Most complaints are in relation to stocks, followed by mutual funds.

The CFPB has noticed that they are receiving more and more complaints each year. It is believed that this is in part due to the fact that they are becoming better known. Considering the rate of increase in complaints has slowed, this could be a fair assessment.

Complaints tracked by the CFPB continue to rise. The number of complains shot up in 2011, 2012 and 2013 as the CFPB program got going and more people became aware of it, though the rate of increase has slowed.

“We expect organic growth in complaints over time, as more people learn about us and how we might be helpful to them””

However, only complete and detailed complaints are added to their numbers. This means that the actual number of complaints is higher. In January 2014, over 20,000 complaints were filed, which was the record at that time. The highest peak was in July 2015, with 26,684 complaints. August saw 25,732, which is only a marginal drop.

There are significant differences in geography as well. Most complaints come from the Mid-Atlantic states. They fewest come from the South and Midwest. Per capita, the District of Colombia has raised the most complaints, with North Dakota having the fewest.

Demographic information is not collected for each complaint. As such, it is impossible to create an individual profile of people who have filed a complaint. However, it is known that most complaints come from more populous areas, where awareness of the CFPB’s existence is likely to be higher.

The complaints process was devised so that consumers are able to connect with a financial institution they are having difficulties with, hopefully to be able to resolve the situation. Complaints received by the CFPB are forwarded to the relevant affected parties. It is not unheard of for people to receive some type of financial compensation, including relief or fee reduction, if they are found to be correct in their complaint.

Receiving monetary relief was seen in at least 20% of complaints that involved bank accounts and services, prepaid cards and credit cards in 2014. This was official reported to Congress. Monetary relief is very rare in debt collection, mortgage or credit report complaints, however. But over 90% of companies that received a complaint provided a response. 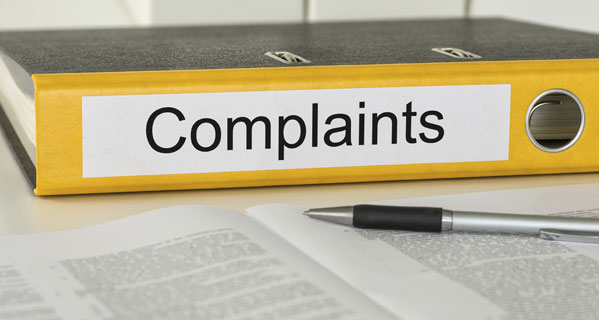