If you pay attention to the current news about the Jay Z streaming music product called Tidal, you probably could have seen this lawsuit coming.

Kanye West delighted his fans earlier this month when he released the album Life of Pablo on all other music streaming platforms. So Jay Z is now taking legal action.

The Chicago law firm Edelson PC has now filed a class action lawsuit for Justin Baker Rhett, who has accused Tidal of using a promise of the exclusive album by West as a way to increase membership. And that is exactly what was done.

It is not clear at this time who at Tidal actually knew West would decide to do a full release of the album. Back on February 15, West noted on Twitter that the album will never be available on Apple – only on Tidal. Then on April 1 he offered the album everywhere – on Apple Music, Spotify, Google Play and SoundCloud.

This news was one bit of negative news for Tidal in a week when it had lots of good news. The company released its subscription numbers and stated that it now has more than three million paid subscribers. And, about 1.4 million of them pay for the HiFi version of the service at $20 per month.

However, West putting the album on various other platforms ruined the good week for Tidal. It likely would upset anyone who signed up for Tidal who only did so because only Tidal had the album.

The five million dollar lawsuit by Baker-Rhett will invite other upset subscribers to join in as well. It names S. Carter Enterprises, which is Jay Z’s holding company, and West as defendants. They are known in the suit as Tidal. The law firm has also filed class action lawsuits in the past against Facebook and Twitter.

Edelson stated on its website that Carter and West have duped consumers into signing up for Tidal.

Some would like to know if West’s decision indicated a change, or did Carter and Tidal know that this was planned all this time?

The lawsuit tries to answer the question by noting that West did not intend the Life of Pablo to run just on the Tidal platform. The suit also states that they knew that Tidal was in financial trouble and did not want to put their own money into the firm. So, they decided to ‘fraudulently’ induce several million people to pay to rescue Tidal. The main claim of the class action lawsuit is that consumers were duped into paying for Tidal, so the suit demands that Tidal should delete any private information of Baker-Rhett and all other subscribers who have opted to join the class action suit. It also states that Tidal should stop any and all monetization efforts that rely on the information that was obtained illegally.

It is interesting to note that the suit filing focuses a lot on the Twitter following for West and on some of his many accomplishments in the entertainment world. The suit notes that West has appeared two times on a Time Magazine list, and that he has more than 21 million Twitter followers. It also states that his tweets are reported by the media. The legal filing also has pictures of tweets made by Tidal that promote Life of Pablo exclusively.

Tidal has made a lot of news since it was launched, and most of it has been negative. In recent months, the service filed a lawsuit of its own against Aspiro, which is a tech company in Sweden, from which Carter bought Tidal.

No matter what happens with this class action suit, the artists involved still have not dealt with the fact that most music today is available to millions across the world no matter how hard the artists try to limit distribution. The world has nearly endless pirated audio recordings; West’s new album has been illicitly torrented 500,000 times or more. Also, music streams are very easy to share online. Even sites such as Youtube sometimes host illegal music content because they are not able to police every single file that is uploaded. 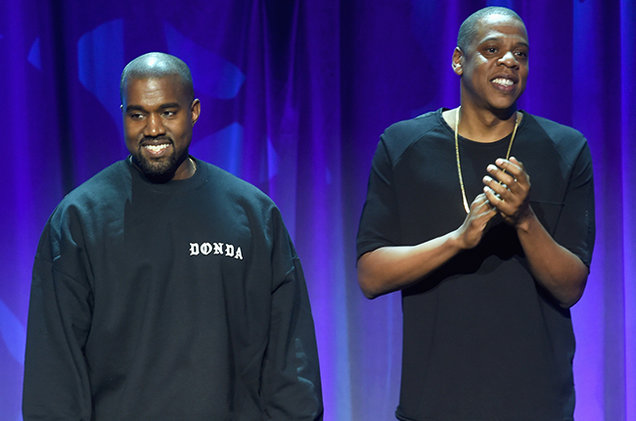