DuPont, a chemical company, has recently been found liable for causing kidney cancer in an Ohio resident. Her case was the first of some 3,500 cases against the company, all claiming that the C8 chemicals used in Teflon, released in waters across Ohio and West Virginia, caused cancer. The cost of this and any subsequent verdicts will be paid by spin-off company Chemours Co.

A Columbus, OH, jury took less than two days of deliberation to come back with a verdict, deciding that DuPont was responsible for infliction of emotional distress and negligence. The company was ordered to pay the victim $1.6 million in damages. However, the jury also found that the company did not act with malice in its handling of the C8 chemical. C8, a toxic carcinogenic chemical, was used to manufacture Teflon at the Parkersburg, WV plant. From there, it got into the drinking water of the community, affecting many residents, including Carla Marie Bartlett, the 59 year old plaintiff.

Her case was the first of some 3,500 similar suits to go to trial. All other complaints also allege that they became ill, or that a relative died as a result of C8 contamination in the private wells and public waters of West Virginia and Ohio. The case has set the tone for future cases, even though neither DuPont nor Chemours has been ordered to pay punitive damages. Experts believe that this case, and probably future ones as well, will end in settlement. And, while the Bartlett case will be used as a blueprint, each individual case will be considered on its own merits as well.

C8, which is also known as PFOA, is a substance of a soapy consistency that was once used to stop Teflon from sticking. DuPont, like many other companies that used the product, has started to phase out its use, using other formulations instead. This is because there has been mounting evidence that the substance is carcinogenic.

“PFOA is not directly genotoxic; animal data indicate that it can cause several types of tumors and neonatal death and may have toxic effects on the immune, liver, and endocrine systems.”

In her claim, Bartlett has stated that DuPont was aware of the toxicity of the chemical, hiding this information from regulators and the public alike. According to her legal team, internal tests, including a 1981 one, were conducted to prove this, but the findings were not reported to the U.S. Environmental Protection Agency (EPA). For this, the company was fined $16.5 million in 2005.

Experts involved in the case believe that there was a systematic behavior from DuPont to contaminate the area. They believe that this was not an accident. Various product liability experts have now attested to this.

Meanwhile, DuPont, through Chemours, continues to deny any wrongdoing.

“DuPont acted reasonably and responsibly at each stage in the long history of C-8, placing a high priority on the safety of workers and community members.”

Unsurprisingly, therefore, the company will appeal the decision. They continue to hold that C8 was not the cause of Ms Bartlett’s injuries. Additionally, they do not agree with the compensatory damages ruled by the jury.

According to Bartlett’s lawyers, however, DuPont was aware of the fact that C8 was contaminating drinking water since 1984. Allegedly, it told its employees to take secret water samples from home, and these samples did contain the chemical.

“They made the Ohio River their personal toxic dumping ground so they could make more money on Teflon.”

3M Co., the manufacturer of C8, had previously told DuPont to incinerate the chemical to protect the public. However, they decided not to this, allegedly due to the associated cost. 3M stopped production of C8 in 2000, when DuPont started to make their own. According to Bartlett’s legal team, DuPont was aware of the inherent dangers of this and took active steps to conceal these dangers. Allegedly, in 1992, they told their employees not to donate blood, as this would show contamination.

DuPont’s legal team claimed that C8 is not in fact harmful. They said it also isn’t regulated, nor can it be found on the National Primary Drinking Water Regulation list of contaminants released by the EPA. 3M, which manufactured C8 for over three decades, had also not reported any ill-health effects.

“There were no laws restricting the use of it. It could be legally washed down the drain, like the dish soap we use at home and wash down the drain every day.”

DuPont also claimed to have been proactive and to have taken precautions because 3M informed them that the chemical was persistent in blood. Hence, they set what is classed as an ‘acceptable concentration’ in drinking water of just 50 parts per billion. Other companies believe the ‘acceptable concentration’ is ten times higher. DuPont also states that low levels of C8 are present in the blood of pretty much every individual.

Although DuPont will appeal, the outcome of this case is very significant. Usually, companies go through a few cases before starting to settle. Chemours has stated that the next one among the 3,500 trials is set for December 1. Chemours has taken on DuPont’s legal responsibilities, which means they will be responsible for any and all payments. 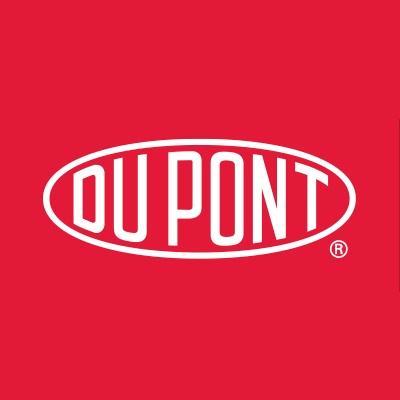