Fiat Chrysler recalled in mid-May more than one million Ram pickup trucks in the US market and 200,000 in Canada due to a computer issue that could affect side airbags and seat belts.

The automaker reported that there had been one death, two injuries and two accidents that could be related to the safety issues. Details of the accidents were not provided at the time of the announcement.

The trucks that are affected by the recall include Ram 1500 and 2500 pickups from 2013-2016, as well as Ram 3500 pickups from 2014-2016. Those customers will be advised when they may schedule a service call to reprogram their vehicle computers. Approximately 216,000 pickups in Canada, 22,000 trucks in Mexico and 21,530 vehicles elsewhere around the world were affected by the safety recall.

According to a Fiat Chrysler investigation, there were a certain population of pickup trucks that had possibly defective modules with certain types of sensors. It was found if those trucks were involved in a serious accident that affected the underbody, the computer modules could falsely conclude that the sensor had gone bad, and a warning light could have been illuminated.

The company stated that the error code related to the warning could cause the side airbags to be disabled, and the seat belt pretensioner for that ignition cycle could have been disabled as well. The seat belt pretensioners are what eliminate seatbelt slack during a crash. (See defective seatbelt lawsuits). This reduces the tendency of the body to move forward in a wreck.

The latest recall of Ram pickup trucks by Fiat Chrysler is only the most recent dose of negative publicity for the automaker. This recall is noted to be especially worrisome for the company because the Ram is by far its top-selling vehicle. It is one of the only models Fiat Chrysler sells that are growing in the US market.

The Chrysler RAM current accounts for one out of four vehicles sold in the US. In the first four months of 2017, sales of the pickup increased by 6%. However, the company’s sales dropped by 8%.

The recall could damage the reputation of the Ram at a time when its Jeep lineup of SUVs is declining in sales.

One dealer in the US noted that it was vital that Fiat Chrysler move to fix the airbag and seatbelt flaw. He noted that this is a recall situation where it is of paramount importance for the company to show that it values safety above all else.

The company first started to investigate the safety problem in December 2016 because of a personal injury defective airbag lawsuit that was filed that accused the company of installing bad airbags and seatbelt pretensioners in a truck where the devices failed in a rollover crash. That wreck involved a 2014 Ram 1500.

That inquiry found that a serious blow to the underside of the Ram could cause the computer to generate several error codes that would disable the critical safety gear.

The company noted in its recent safety recall announcement that drivers should proceed as soon as possible to their dealer to have their vehicles serviced. It also stressed that until the necessary fixes were made, drivers should obey the warning lights on their instrument panel that would show when the modules failed. The company added that the regular restraint system action could be reactivated by turning off the ignition and then restarting it.

The recall comes after several others that were recently announced by Fiat Chrysler. In December 2016, the US government started an investigation into several complaints that nearly one million Ram pickup trucks and Dodge Durango SUVs could start to roll after the driver put the vehicle into park.

That problem bears resemblance to the one that was blamed in the death of Star Trek actor Anton Yelchin. The Russian-born actor died in June 2016 after his 2015 Jeep Grand Cherokee crushed him against a mailbox and fence at his home.

His Jeep was one of more than one million that were recalled earlier in 2016 due to complaints that drivers could not clearly identify when their SUVs were in park.

Fiat Chrysler has been in the spotlight in recent years for safety and quality. In 2015, regulators fined the company $105 million for not finishing safety recalls that covered 11 million cars, trucks and SUVs. It also fined the company $70 million more for not reporting deaths and injury claims related to possible defects.

The company’s recall troubles may not be over, either. In June 2017, the National Highway Traffic Safety Administration or NHTSA began an investigation into a safety issue similar to the one affecting Ram pickups. The problem could affect 100,000 2012 Jeep Liberty SUVs. It is important to note that this is still only an investigation, and no recall has been issued.

The safety investigation was started after NHTSA got 45 complaints alleging problems with the vehicle’s airbag system. The reports claimed that the airbag warning light was staying on after the occupant restraint controller failed. This is the device that controls how and when airbags are deployed. If the controller has indeed failed, it may prevent airbags from inflating in an accident. This would be a massive safety problem, if true.

NHTSA documents stated that some Jeep owners were able to deal with the issue by having the controller swapped out. But others did not have it fixed, even after they were told it could be a serious safety problem. They could be waiting to have the problem fixed until a recall is issued, which would mean the manufacturer would cover the expense.

Consumers who have been injured in a car accident due to any of the above safety-related recalls or concerns could be entitled to compensation in a personal injury lawsuit. Please contact our personal injury attorney today to review your legal options. The initial consultation is free of charge. 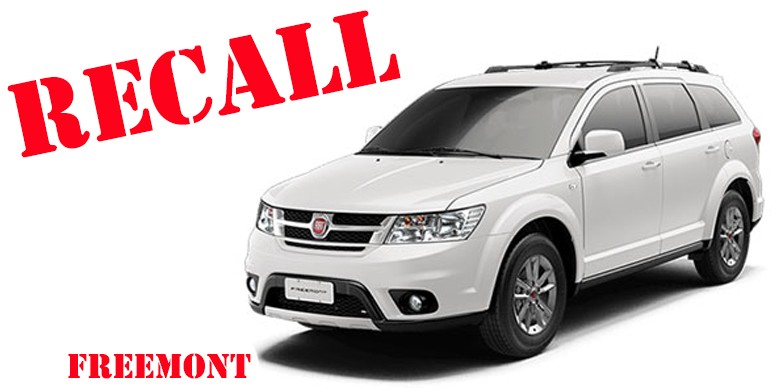