The airline industry likes to portray flying as the safest way to travel. However, some experts recently have issued dire warnings that airlines could be slowly poisoning passengers with contaminated air that they breathe during flight.

The potential problem, these experts claim, is that jets require a regular supply of warm, compressed air for passengers to breathe at high altitudes. This means that all planes that have been used by major airlines since 1963 inject the airplane cabin with air that comes directly from the jet engines’ compressors. This is known in the industry as ‘bleed air.’

In the early days of the commercial airline industry in the 1950s, engineers designed planes to pull fresh air from outside into the cabin. But this was found to cost too much. Since the early 60s, every commercial airline plane has a 50/50 mix of bleed air and recirculated cabin air.

Bleed air can contain a large variety of chemicals, such as tricresyl phosphate (known as TCP or TOCP). This chemical can be very toxic to the nervous systems of human beings.

It is so toxic that the WHO actually wrote in 1990 that it is not possible to set a safe level of TOCP exposure, given that different people have different tolerances of the synthetic. WHO also stated that TOCP is thought to be very hazardous to human health.

While this problem is only slowly being recognized, the possible health consequences could be very serious.

Most Commercial Aircraft Could Be Poisoning Us

Virtually all modern commercial aircraft – except the new Boeing 787 – expose passengers to high levels of possibly dangerous chemical in bleed air. The new 787 is the only commercial aircraft that has cabin air being pulled directly from the upper atmosphere with compressors.

The rest of the passengers in the world each day are being exposed to TOCP during flights that can range from 30 minutes to more than half a day for the longest international flights.

The potential dangers of bleed air on commercial aircraft are being aired more widely today due to new advocacy organizations.

One of the most prominent groups is the Aerotoxic Association. It states on its site that bleed air is generated from the jet engine compressor. The compressor must be lubricated to function. Most jet engines feature wet seals to separate air and oil. This can never be 100% effective.

The seals also wear out over time and their effectiveness degrades as years pass. The wear tends to occur the most when the engine is being stressed the most, such as under full throttle during ascents. Jet engines may also fail suddenly and will allow a large amount of oil into bleed air. This can cause fumes to drift into the cabin. This is called a ‘fume event.’

The association warns that there are no filters in bleed air systems to prevent dangerous fumes from entering the cabin. This is made more dangerous, the site claims, because jet engines must use special synthetic chemicals for lubrication. The very high temperatures in a jet engine require chemicals with lubrication properties far superior to those found in common internal combustion engines found in cars.

These special lubricants also feature organophosphates in antiwear agents and other chemicals. These also can be dangerous to plane passengers.

Your “Jet Lag” Could Be Chemical Poisoning

The first documented case of incapacitation from contaminated cabin air was noted in the aviation industry in 1977. This case involved a C-130 Hercules pilot. Since then, some experts contend that the commercial airline industry has been hiding this danger.

Airlines have been able to conceal the issue in part because it is believed that malaise, fatigue and general feelings of unwellness after a long flight are due to ‘jet lag.’ Some experts argue that these feelings are due not to a disrupted circadian rhythm, but instead various neurotoxic organophosphate exposure.

This is not to say that alterations in the rhythms of the body will not make an airline passenger feel unusual. Also, cosmic radiation, dehydration and the fact that the cabin has air pressurized at a level of 6000 to 8000 feet could be factors. But the added problem of possible chemical contamination of the body is rarely mentioned.

The general problem of being exposed to bleed air during flights is referred to in the industry as aerotoxicosis, or aerotoxic syndrome.

An October 2000 study on aerotoxicosis looked at 10 case reports of airline crews who may have experienced a fume event, and health problems afterwards.

Some of the symptoms that these airline workers complained of included:

Airline pilots are routinely exposed to possibly hazardous jet engine chemicals every day on the job, not just passengers.

If People Want Change, They Must Demand It

As noted above, only the Boeing 787 has been designed among modern commercial aircraft to pull fresh air from the atmosphere into the cabin. For things to change, consumers and advocacy organizations will need to force the airline industry and its various regulators in the US and around the world to make this matter a top priority.

Have You Been Affected by Aerotoxic Syndrome?

People who spend a lot of time on commercial aircraft may be suffering from signs of aerotoxic syndrome. These possibly dangerous chemicals can attack the central nervous system and lead to many health problems.

While this condition is only starting to be recognized, it is possible that regular flyers could be suffering from possibly debilitating injuries from being exposed for long periods to toxic air on commercial aircraft. 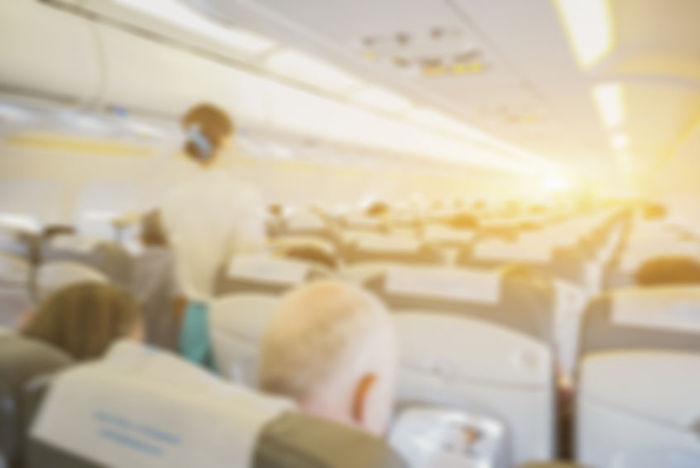