A top doctor has revealed that the widespread usage of generic drugs is harming the health of people in this country. This is mainly due to the fact that drug factories all over the globe have widespread irregularities in their manufacturing processes. Eighty-six percent of drugs used in this country are generic drugs, and it is a worrying fact that more and more of these drugs are getting recalled. This proves that there is a real danger to public health. Renowned cardiologist Dr. Chauncey Crandall, M.D. has issued a stark warning.

“Chain drug stores order their generic medications in bulk. They put out bids and the winning bid could come from India, Pakistan, China, or even Iran. Patients have no way of knowing where generics are coming from, and this is a dangerous situation because these drugs can kill.”

Dr. Crandall also warns of the fact that the problem is getting progressively worse. Recently, Sun Pharma, a drug company in India, had to recall over 216,000 bottles of one of their generic drugs. This is because it was found to contain benzophene, a dangerous chemical.

“Sun Pharma, which is under careful scrutiny by the FDA right now because of problems at plants in India, has had to deal with a number of recalls lately. Just a couple of weeks ago, the FDA reported that Sun was recalling three lots of bupropion hydrochloride extended-release tablets that were manufactured at its plant in Halol in Gujarat, India, which the FDA has had issues with.”

This isn’t the first time that the company has come under scrutiny either. In fact, one woman was awarded $21 million after becoming legally blind as a result of one of the Sun Pharma drugs. This prompted an FDA investigation, which continues to this day. The current recall involves 29,660 bottles of imipramine (Tofranil), which is an antidepressant, as well as 187,106 bottles of felodipine (Plendile), which is used to treat blood pressure problems.

Dr. Crandall, who authored the Heart Health Report newsletter among other publications, warns of the dangers of this problem. He is also concerned that the fact that we are going through globalization is making this problem much worse, as is the desire for manufacturing companies to keep costs low. As a result, much of the manufacturing of drugs now happens in developing countries, which have far fewer regulations and quality standards.

Meanwhile, Sun Pharma, which is based in India, supplies 40% of all generic drugs sold in this country. Most worrying is that they are not the only company that have found themselves under investigation for their generic drugs. This is a direct result of the current global economy, which is allowing manufacturers in all different types of industries to take advantage of lower prices.

“Indian generic drugmakers, for example, often charge customers in their home market as little as 1% to 2% of what people pay in the U.S.”

Dr. Crandall warns that many of the generic drugs are now created in countries like China, Taiwan and India. Here, the larger companies actually outsource the work to small mom and pop organizations. Some of these quite literally create drugs in unsanitary conditions over coal-fired stoves. This is causing problems never seen before, as it means that people are taking drugs with all kinds of unknown impurities. Any kind of filler could be used as well, and there is no way of knowing which one was used. Furthermore, it means quality testing is all but impossible, as each individual batch could be completely different from the next one.

For instance, if a patient were to take lisinopril, a generic drug that is used to treat high blood pressure, they may be receiving tablets from a manufacturing operation in Pakistan. When they have their prescription refilled, the batch may have been made in Cambodia or in India, which means it could actually be completely different. Yes, it should at the very least contain the same important medical ingredients (although even that is hard to check), but it is impossible to know how the drugs are made and under what circumstances. Considering there are so many chain retailers, like Walgreens, CVS and Wal-Mart out there, and these are all asking drug manufacturers to place bids on their drug products, each refill could be completely different from the previous one.

Consumers are rarely able to find out what is actually in their drug. It simply isn’t possible for them to read the label and find out whether the active ingredient is or isn’t effective, what the dosage is or what types of fillers are contained in the drug. This can have devastating consequences to patients, who are basically playing Russian Roulette with their health and medication.

Just how devastating these effects can be cannot be denied. If, for instance, someone were to take ineffective chemotherapy medication, there is a chance their cancer could return. If they were to take ineffective drugs against high blood pressure, they could end up having a stroke. Those who take statin drugs for high cholesterol could find that they would have to abandon these drugs because of the side effects from the fillers, which haven’t been approved and are damaging to their health. There is simply no way to truly know what is happening in a person’s body and with the progression or regression of their illness when taking these types of generic drugs.

Because it is so difficult to avoid generic drugs, as it often not shown on labels where they have been manufactured or under what circumstances, it may seem as if patients will always be fighting a losing battle. Fortunately, there are three things that everybody can – and should – do in order to stay safe.

1. Never agree to take a generic drug until you have checked out your health insurance policy. While insurance companies will usually approve generic drugs, they may want you to use a specific brand in order for their cover to be accepted. This is a great way of giving yourself some guarantee that your drugs have been manufactured properly and that they have been tested.
2. Keep a diary as soon as you start taking a new drug of how you feel and respond to the drug. Compare these notes each time you have your prescription refilled. If you notice that the brand name of your drug changes between refills, speak to your doctor and ask them to intervene with the insurance company so that you are able to stick with the one you know.
3. Remember that prescription drugs are meant to make you healthy, not keep you healthy. You are in charge of your own health so make sure that you make healthy lifestyle choices, including in your diet and exercise regime. 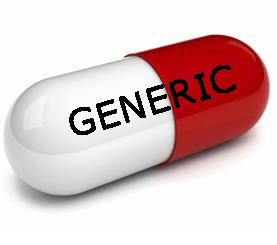