When most of us think about the importance of driving safely, we focus on wearing our seatbelts, putting down our phones and making sure we’re going the speed limit. But many of us overlook one very important aspect that contributes to even more car accidents than cellphone-related distracted driving — tires.

Whether underinflated, lacking tread and traction or simply defective, the National Highway Traffic Safety Administration reports that tires were the cause of traffic accidents that killed nearly 750 people in 2017 alone.

At least one jury recently has found defective tires were to blame for a man’s death in a traffic accident, and federal officials are investigating whether another tire model is unsafe after being linked to multiple crashes. What should people know about the lawsuits and investigations surrounding defective tires, and which companies and specific products have been called into question?

According to the NHTSA, 738 people were killed in 2017 in motor-vehicle accidents that were caused by tire failure, which includes blowouts, tread separation, bald tires or underinflation. In that same year, only 404 fatal accidents involved drivers using cell phones. NHTSA also reports that about 1 in 4 cars on the road today has a tire that’s significantly underinflated.

A tire blowout happens when there’s a rapid loss of air pressure in the tire, which can easily cause the driver to lose control of the vehicle. Remember that most tires will lose air over time and that weather can impact air loss as well, since lower temperatures can cause more air loss. But some of the leading causes of blowouts are:

Blowouts can very easily cause accidents, even for experienced drivers. That’s because the sudden loss of tire pressure makes the vehicle to jerk to the side where the blowout occurred, which can lead the car to veer out of its own lane. Also, for most people, their instinct is to slow down immediately and move quickly to the side of the road. In doing so, they may not be fully aware of their surroundings and collide with another vehicle or lead other drives to swerve out of their lanes, causing a chain reaction and increasing the risk of accidents.

About 1 in 10 traffic accidents are tire-related, and while most are not fatal, we know that well over 700 people die in such crashes in a typical year. Of the blowouts that lead to traffic fatalities, most are caused by underinflated tires or road debris. But tragically, many are caused by defective tires that shouldn’t have been on the road in the first place.

Several tire companies have been sued in recent years, including Goodyear, Michelin and Cooper Tire, and the NHTSA is currently investigating whether a model of Goodyear RV tires is defective after it was linked to several fatal accidents.

Tire manufacturers and auto companies have a long history of facing lawsuits and investigations over potentially faulty tires. In fact, it was just such an issue that led to the dissolution of the longstanding corporate relationship between Ford and Bridgestone Firestone after the tire manufacturer in 2000 was forced to recall 6.5 million tires. At least 270 people were killed and hundreds more were injured in accidents caused by the famously defective Firestone ATX and AT tires.

Even today, allegations of defective tires are being heard in courtrooms around the country.

In March 2019, a Texas jury awarded a $33 million verdict to the family of a Carrizo Springs man who was killed in a 2013 accident in which a cement truck crashed into his vehicle. The jury agreed with the family’s assertion that Goodyear’s tire was defective, leading to tread separation that caused the cement truck’s driver to lose control of the vehicle, colliding with a car driven by Ramiro Munoz, who was a teacher and city manager in Carrizo Springs. The company released a statement after the verdict that indicated it had reached a confidential settlement agreement with the Munoz family just before the verdict was announced. (Ohio.com)

Michelin was on the winning side of a jury verdict in Florida in April 2019 after a two-month trial in which plaintiffs alleged that defective Michelin tires and Takata seatbelts (see defective seatbelt lawsuits) had caused severe brain injuries to two teens in a 2009 accident. In the case of the Michelin tires, the company produced evidence that indicated the tire in question had been previously damaged and then resold and that the vehicle should have been able to be controlled despite the sudden loss of tire pressure. The plaintiffs had sought damages of $80 million, but the jury found unanimously that driver error had caused the crash. (CarComplaints.com)

The National Highway Traffic Safety Administration is currently in the midst of an investigation into the safety of a specific model of Goodyear tires used in motorhomes and RVs — Goodyear G159. These tires have been linked to several accidents, including multiple fatalities, but Goodyear has yet to issue a recall despite the tires being linked to accidents that have killed or injured more than 100 people. According to one analysis, the tire has failed in as many as 1 in 10 motorhomes in which it’s been used. NHTSA’s probe is still ongoing, but Goodyear has faced multiple lawsuits over the tire, including at least one that’s still ongoing. (Jalopnik.com, NHTSA.gov)

In addition to regularly facing lawsuits, tire companies frequently issue voluntary recalls of products, including because they are at higher risk of blowout. Here’s a look at the tires that have been recalled in just the past year:

To see if your car is riding on tires that have been affected by a recall, simply enter your vehicle’s VIN, which is a 17-digit number unique to every vehicle, into the Safety Issues & Recalls search page operated by the NHTSA. The search will reveal safety recalls that have been issued in the past 15 years by major automakers, though some smaller companies’ recalls are not included.

What To Do in a Tire Blowout

Whether caused by a faulty design or not having enough air pressure, there are several steps you can take during a tire blowout and immediately after to ensure that you’re keeping yourself and your family safe.

Every situation is different, and weather conditions often will largely dictate what you should do in a blowout, but here are the general steps you should take:

Remember to keep your tires properly inflated. NHTSA recommends purchasing vehicles with a tire-pressure monitoring system. In fact, the agency’s analysis found that such systems can reduce by more than half the likelihood of an underinflated tire. Tires should be inspected annually for rubber breakdown, and most drivers should have their tires rotated every 5,000-8,000 miles.

If you or a loved one did everything recommended to ensure your tires were safe and still were injured after a tire blowout, it may be in your interest to contact an attorney who can discuss your situation with you and decide if a legal action is appropriate. Remember that many tire failures occur because of faulty product design or manufacturing, and no driver can compensate for such failures. 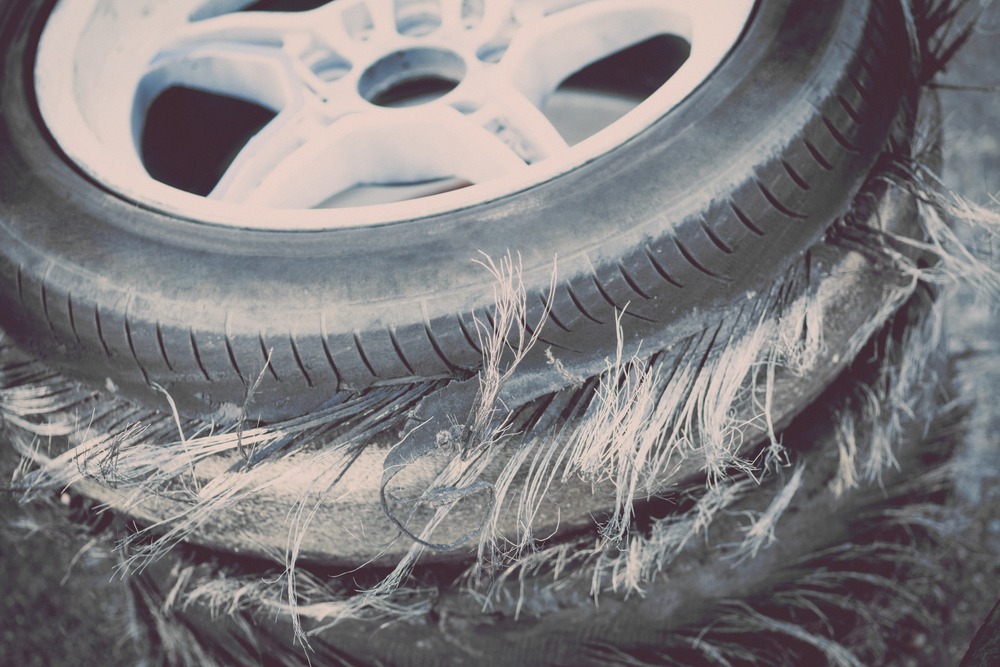