Various concerns have been raised in relation to IVC (inferior vena cava) filters. It has been alleged that these filters, used mainly in the prevention of PEs (pulmonary embolisms) after a blood clot travels, actually have some serious adverse effects. There are a number of manufacturers of IVC filters, but two have found themselves under particular scrutiny in terms of their filters. Those are Bard and Cook.

Specifically, the Bard Recovery filter, the subsequent Bard G2 filter and its replacement the Bard G2 Express filter; as well as the Cook Gunther Tulip Filter and the Cook Celect filter have come under investigation. These concerns are so significant that many patients have filed lawsuits against the two manufacturing, stating that they have experienced serious harm as a result of the filter.

IVC filters are used in those patients who may develop a PE and cannot be treated by using anticoagulant medication. This could be because they have allergies or because they are continuing to develop clots even though they have been treated with anticoagulants for a while. It is also possible that they have recently experienced trauma, surgery or bleeding, in which case blood thinning medication could be very dangerous. The IVC filter is placed in the inferior vena cava, the largest vein in the body that is responsible for carrying de-oxygenated blood to the heart that will be sent to the lungs. The filter is a metallic cage that traps a blood clot before it can reach the lungs. Blood clots by themselves are usually not dangerous, but if they get dislodged and travel up to the lungs, they could block the normal flow of oxygen and that could be fatal. IVC filters can be permanent, but they can be removable as well. The removable filters are the ones that people are experiencing the most problems with.

Overall, some 900 separate reports of adverse problems with IVC filters have been received. Of these:

The Journal of the American Medical Association (JAMA) performed a study in 2013 looking specifically at how IVC filters were managed in 952 patients. Out of this group, 680 people had a removable filter inserted. Yet, only 58 of these actually had the filter removed. There had also been 13 unsuccessful removes. In 11 of those cases, the filter had been in place for over 85 days. This is despite the FDA recommendation being that a filter should only stay in place for between 29 and 58 days overall. Of the 13 removal attempts that were not successful:

All faults with IVC filters are dangerous. In a metallic failure, whereby parts of the filter break off, there is a danger of having major blood vessels or other organs perforated. This could lead to massive internal bleeding and strokes. Perforation and device migration are also dangerous, but metallic failure is probably the worst scenario.

The FDA on IVC Filters

The FDA has released two safety communications in relation to IVC filters. The first was released in 2010, and it was updated in 2014. In it, it was noted that some 921 different reports had been received that highlighted product problems and events in relation to the filters, as noted above. It was also added that there are known difficulties when it comes to removing the devices.

According to the FDA, one of the biggest dangers is that the retrievable device is left inside the patient for too long. They made an official recommendation to physicians that they should always properly weigh the risks and benefits of removing a filter. Additionally, they wanted to ensure the filter was removed as soon as possible, which is between 29 and 58 days of it being inserted.

A study by JAMA was published on April 8, 2013 and it stated that many retrievable IVC filters are left implanted indefinitely, even though they are designed to be removed. A review of how IVC filters were used between August 1, 2003 and February 28, 2011 was conducted, which is where it was found that just 58 devices were removed successfully, as explained above. The conclusion of the report was that, for some patients, the outcomes of using an IVC filter were ‘suboptimal’.

IVC filters are designed to save lives, as they help to prevent PEs, which are life threatening. However, the side effects can be equally life threatening. All the reports noted by the FDA, which included perforation, migration, fractures and embolism, have the potential to be fatal.

Three class action lawsuits have been filed against Bard in courts in California, Pennsylvania and Florida. These lawsuits covered Bard Recovery, Bard G2 and Bard G2 Express. They argued that, due to the concealment of data, misrepresentation and negligence of Bard, patients who still had existing filters that had not yet migrated or filtered had to receive immediate medical monitoring. They also argued that every person who had one of those filters implanted should be compensated for all expenses related to their medical monitoring. Courts are currently deciding whether or not a class should be formed.

Individual lawsuits have also been filed. Lisa Davis, for instance, had a G2 filter implanted in 2006, which fractured and migrated to her heart two years later. This led to ongoing heart issues. Davis did not want to undergo open heart surgery in order to have the fragment removed and she will now have to take anticoagulant medication for the rest of her life. In her claim, she alleged that Bard did not warn her physician about the inherent risks of the G2 and that they misrepresented the device as being safe. Her lawsuit is for physical trauma, anxiety and an impaired ability to be able to earn a wage.

Another case was started by Kelly and Chris Vlasvich. This married couple sued Bard after Mrs. Vlasvich had a G2 filter implanted in 2009 that fractured two years later. After the fracture, the different parts of the device migrated to various parts of her anatomy. This caused heart and lung damage. In their case, the couple are claiming that Mrs. Vlasvich is no longer able to lead a normal life and they have also sued for suffering, pain, disfigurement, emotional trauma, and impairment. Meanwhile, Mr. Vlasvich has alleged that he has suffered loss of consortium, both society and companionship, because of the suffering of his wife. In the lawsuit, it is alleged Bard misrepresented the filter as effective and safe and was negligent in its design.

Another lawsuit was filed by couple Larry and Brend Johnson against Cook. They claim that their Celect filter was designed, tested and manufactured recklessly. Mr Johnson had the filter installed in 2010 after knee surgery. Four years later, the filter fractured and parts migrated to his heart. While driving, Mr. Johnson lost consciousness because of the part migrating to his heart, which resulted in him suffered a significant accident for which he had to undergo three surgeries. Mr. and Mrs. Johnson are seeking damaged for his pain, inability to enjoy daily living, emotional suffering, lost wages and scarring. Mrs. Johnson is also suing for loss of consortium. 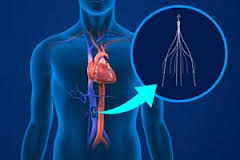