An IVC filter is a small, cage-like medical device that is inserted by a surgeon into the inferior vena cava to catch blood clots to prevent them from entering the lungs. The inferior vena cava is the major blood vessel that returns blood from the lower half of the body to the heart. IVC filters are often used in patients who have a higher risk of pulmonary embolism, or blood clots in the lungs.

The device is inserted through the groin or neck. Tiny metal legs deploy in the inferior vena cava and trap blood clots. An IVC filter may be used when anticoagulant drugs cannot be used or do not work. IVC filters usually are permanent implants, although some filters may be retrievable.

Since IVC filters were introduced in 2005, FDA has received thousands of adverse event reports involving the filters. (EVToday.com). Specifically, some doctors and patients have reported the IVC filters can fragment and embolize in the patient’s body.

FDA has received adverse event reports and product problems related to IVC filter implants. Some of the most common reports involve medical device migration, filter fracture, embolization (movement of the filter, or fracture into fragments that reach heart or lungs), perforation, and general difficulty removing the device. Some of these adverse events have led to the following:

In 2015, NBC News reported that Bard IVC filters were connected to 39 deaths. The investigation by NBC claimed that executives at Bard knew of the health risks for years, but the company did not take action.

During the media investigation, NBC uncovered a 2004 Bard study that found Bard Recovery IVC filters had a higher rate of failure than other devices. (NBCnews.com)

Unless there is a good reason to keep the IVC filter in place, FDA recommends the retrievable IVC filter be removed from most patients. (mdedge.com).

According to an FDA safety communication form 2010, IVC filters are designed only for short-term placement. When they are left in the body for a longer time, they can cause serious health risks, including filter fracture, filter migration, filter embolization, perforation, and lower limb deep vein thrombosis.

The safety alert from the FDA was followed up by a decision analysis that was published in the Journal of Vascular Surgery in 2013. (FDA.gov). FDA recommends retrievable IVC filters should be taken out between the 29th and 54th days after they are implanted for patients at risk of pulmonary embolism.

Clinical studies since 2010 have confirmed many of the problems with removable IVC filters. For example, a 2013 study published in the Journal of American Medical Association (JAMA) looked at the problems and failures of the filters. The study reviewed the medical records of a level 1 trauma center for complications, indications, and management of the filters.

Despite warnings from the FDA, doctors were not removing IVC filters. Researchers found that just 58 of 679 retrievable filters were removed. Other results found that most filters were left  in patients longer than was medically necessary with these results:

As of 2012, it is thought that 259,000 filters were used in patients, and the market value of IVC filters continued to grow even though FDA warned of their dangers. Today, it is estimated the IVC filter market is worth $200 million and still growing.

A clinical study published in 2016 in the American College of Cardiology showed evidence that IVC filters are overused by physicians. The study found that doctors used IVC filters for many medical reasons, even though there was not enough information about the appropriate use and surveillance of the devices. The clinical study also found rates of retrieval to be below what was expected.

FDA announced in 2013 a recall of all Cordis retrievable IVC filters. The agency cited a problem with the filter’s labeling and implant statements. Approximately 33,000 filters were recalled. Those devices were sold between May 6, 2010, and April 2, 2013.

C.R. Bard came under FDA fire in 2015 when an agency investigation found the medical device manufacturer was making certain IVC filters without marketing approval or clearance from the FDA. The agency sent a warning letter to C.R. Bard, informing the company they were in violation of FDA rules.

Thousands of personal injury lawsuits have been filed against C.R. Bard, Cook, Cordis and Argon, all of which manufacturer retrievable IVC filters.

A panel on multidistrict litigation (MDL) recently decided it was appropriate to consolidate the thousands of IVC filter lawsuits. At this time, IVC filter lawsuits have been put into MDLs and are being consolidated in courts in Indiana and Arizona. If you decide to file a personal injury lawsuit for your IVC filter injuries, your case could be eligible for compensation via one of these MDLs.

IVC filters that have been named in MDLs are:

Companies that are being sued include ALN, Argon, C.R. Bard, Cook Medical, Boston Scientific and Cordia.

Also, some patients who had a C.R. Bard IVC filter have filed several class-action lawsuits against the device manufacturer in California, Pennsylvania,

and Florida. The lawsuits claim that the devices migrated and patients should be compensated for medical monitoring. These class-action lawsuits cite device manufacturer negligence, defective design, manufacturing defects and failure of C.R. Bard to warn consumers of serious health risks.

While there has yet to be a comprehensive IVC filter settlement for the thousands of pending lawsuits, a few MDL ‘bellwether’ cases have been settled. This development is critical if you have been injured by an IVC filter. A bellwether case settlement in an MDL shows both sides what the possible compensation could be for each of the pending cases. When an individual case settlement is reached, it is more likely the device manufacturer will agree to a larger settlement in the future.

In February 2019, a third bellwether trial over Cook Medical’s IVC filter was decided. An Indianapolis federal jury awarded a plaintiff $3 million in damages who is facing serious medical problems and potentially death due to a blood clot filter device. The jury, in this case, found that retrievable IVC filters are defective.

The plaintiff in this bellwether case alleged that her filter broke apart after it was inserted. While she had the device inserted with no problem in 2009, in 2011 she noticed a painful spot on her right side that developed into a protrusion. The protrusion popped and a metal wire appeared. It was a strut from the IVC filter. She had to have several procedures in attempts to remove the defective IVC filter. But pieces of the filter remained in her body. These pieces in her body put her at a higher risk of death.

If you have medical problems from an IVC filter, it is recommended to speak to an IVC filter lawsuit attorney as soon as possible. Joining one of the ongoing MDL processes could result in compensation for you in the near future.

If you have suffered injuries from an IVC filter, you may be entitled to the following damages:

As of 2019, there are at least 11,000 IVC filter lawsuits pending in federal court against several medical device manufacturers that were filed by patients that were injured by IVC filters.

How to Participate in an IVC Filter Lawsuit

If you or someone you love was injured by an IVC filter, you might be entitled to compensation in a personal injury or product liability lawsuit. Please speak to one of our IVC filter lawsuit attorneys today for a complimentary legal consultation. 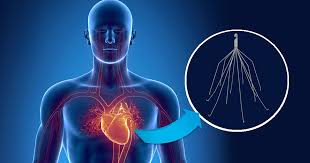