Lender liability is the branch of law that seeks to protect consumers or borrowers from the unfair practices of some lenders. This may be seen in the foreclosure crisis of the 21st century, as there are allegations that mortgage companies unfairly declared bankruptcies on hundreds of thousands of homeowners and foreclosed those homes. When a lender ends a contract with a borrower and moves to repossess or reclaim property in the form of collateral or assets, they must ensure they have followed every rule of law before doing so. The lender must also take steps to make certain the borrower has been thoroughly notified of any possible action that may arise. Should lenders fail to follow the law or take a borrower’s assets in an unfair manner, the borrower has the right to file a claim against the lender. Lender liability cases often include breach of contracts, a close look at fiduciary responsibilities and unfair collateral sales and collections.

How Lender Liability Came About

The first lender liability case filed in the state of Texas was State National Bank v. Farah Manufacturing Co., Inc., 678 S.W.2d 661 in 1984. During the 80s, similar cases rose up across the nation that challenged the power lenders had, especially when borrowers felt that lenders used unfair tactics to repossess or claim collateral. There are generally three areas where lender liability lawsuits seek claims on behalf of borrowers. These include filing counterclaims to collection practices or foreclosure actions, seeking recovery of claims and damages, and what is referred to as “first strike” lawsuits. These lawsuits are filed in anticipation for foreclosure and collection procedures.

Breach of contract is the area of law that deals with one of the contract holders violating their share of the contract. In lender liability law, breach of contract most often signifies that a borrower is accusing the lender of failing to uphold their end of the contract. Breach of contract runs close with fraud and is often the basis for many lawsuits. Lender liability law offers protection to borrowers that often found themselves on the defensive side of these suits. Today, borrowers have many options and when a loan agreement has been unfairly or improperly ended, there is legal recourse they may take. This was seen in the case Siegner v. Interstate Production Credit Association of Spokane, Washington, where the plaintiffs accused the credit association of altering their loan documents unfairly and without warning. The case was groundbreaking, as the defendants were found guilty of violating an oral contract, in lieu of the written contract they had written and that the plaintiffs signed.

Fiduciary relationships signify that the parties should have a relationship based upon trust. In a lending situation, it implies that the lender automatically enters into an agreement that they will treat the borrower in an honest and upstanding manner. Fiduciary relationships are often the basis behind lender liability cases as the borrower often claims the lender did not look out for the borrower’s best interest. Though banks and mortgage companies are financial institutions and want to make a profit, they cannot do it at the expense of misleading or persuading borrowers to make investments. In the case Scott v. Dime Savings Bank, Scott successfully sued the bank for breach of their fiduciary relationship.

Lenders often include language that states if a borrower defaults on the loan or fails to meet their commitment, the lender can repossess the property or assets. This property is often sold after the loan default in what is referred to as collateral sales. When borrowers state a lender inappropriately sold their property they may take legal action. Lenders must ensure that all collateral sales are commercially reasonable by notifying the public of the sale so there can be a substantial number of bids generated and by using qualified appraisals. In the case, Caterpillar Financial Services Corp. v. Wells the plaintiff won after claiming that Financial Services Corporation sold Caterpillar’s property for less than its value and to dealers from their own company. The Uniform Commercial Code governs the terms of lender liability law and specifics such as collateral sales, fiduciary relationships, and breach of contract. 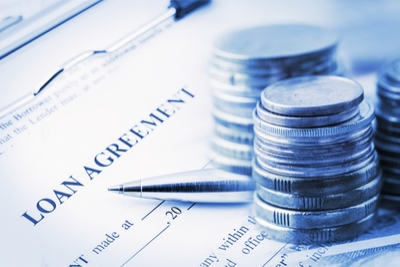