The case of a man in Australia has recently highlighted the risk of developing mesothelioma during home renovations when there is asbestos present. (survivingmesothelioma.com)

According to the Australian media, a 42-year-old man named Matthew Werfel recently prevailed in a personal injury lawsuit against Amaca, a producer of asbestos earlier known as James Hardie. The company made the cement sheets that contained asbestos that led to his pleural mesothelioma.

The personal injury lawsuit paid him $3 million, and is a pricey warning to other do it yourself home owners about the possibility of getting mesothelioma when doing home renovations.

The Possibility of Asbestos in Construction Products

Asbestos is a mineral that is mined from the ground. As early as the 1930s, companies know its importance as a construction material. Asbestos is highly fire resistant and strong, making it an ideal material for various items used in construction. It was used in industry, manufacturing and residential and commercial construction for decades, even after scientists learned it was a human carcinogen that causes mesothelioma.

James Hardie was one of the largest suppliers of asbestos-containing products in Australia. Thousands of homes in the nation and around the world had asbestos in them from James Hardie. But the company declined to warn homeowners about the risk of getting mesothelioma from doing home renovations in these buildings. If you are going to do renovations in a building that contains asbestos, you must hire a contractor who is trained and licensed to work with asbestos safely and knows how to dispose of it in a safe manner.

Amaca Has Been Blamed for Mesothelioma Risk During Home Renovations

When an asbestos product is sanded, tiny asbestos fibers too small to see can be inhaled. They get stuck in the lung lining. Over the years, the lungs attempt to expel them but many tiny asbestos shards are embedded in the lung tissue. This can cause genetic mutations that can cause cancer in some people.

According to Judge Leonie Farrell, by the time Werfel was exposed to asbestos during his home renovations, there could be little doubt that Amaca was aware of the risk that was posed to home renovators.

But Amaca never provided any type of warning about the risk of mesothelioma risk from renovations at home.

Farrell decided to make an example of Amcas. He awarded the man compensation for his pain and suffering, as well as future economic losses, and loss of life expectancy.

Werfel in the ‘3rd Wave’ of Mesothelioma Patients

Werfel is part of what the government in Australia has called the third wave of mesothelioma patients. The first wave came with those who were originally mining and manufacturing products with asbestos in them in the early 1900s. The second wave was workers who built and fixed homes like Werfel’s from the 1960s to 1980s.

The third wave of the victims of asbestos include people like Werfel who are facing mesothelioma after doing their own home renovations. The number of these mesothelioma sufferers is on the rise in Australia.

Mesothelioma is a terminal cancer of the lung lining that only can be had from inhaling or ingesting tiny asbestos fibers. There are few viable treatments available, especially because most people are unaware they are ill until stage 3 or 4 of the disease, when breathing becomes extremely difficult.

To cut the risk of people getting mesothelioma from home renovations, people who have homes that were built before 1980 should talk to an asbestos abatement professional before beginning any home renovations.

The EPA and OSHA have warned there is no safe level of asbestos exposure.

Should You File a Mesothelioma Lawsuit?

If you have mesothelioma you were exposed to asbestos due to the negligence of a third party, such as a product manufacturer, building contractor, or mine operator. Those companies usually were well aware of the risks of working with asbestos, and if they did, they needed to provide warnings, safety equipment etc to mitigate the risks. With your mesothelioma diagnosis, you are dealing with medical expenses, loss of income and pain and suffering. But a good mesothelioma attorney can review your case and determine if a third party can be located and held responsible for your cancer.

How to File A Mesothelioma Lawsuit

The first step to filing a successful lawsuit is to choose a good attorney who is experienced in winning large settlements and verdicts in these cases. Asbestos exposure lawsuits are complicated. The requirements to win depend on your circumstances and history. You first have to determine the best jurisdiction in which to file and then ensure you comply with all relevant regulations.

If you file a claim and pass away, your direct family can continue with the lawsuit and obtain compensation for their emotional and financial losses. 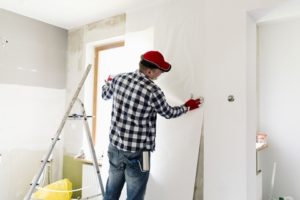