Ondansetron, with the brand name Zofran, has been prescribed to pregnant women to help them combat extreme morning sickness. Unfortunately, there have now been various studies that suggest there is a link between this Zofran and birth defects. As a result, GSK (GlaxoSmithKline), the manufacturer of this drug, is being taken to court for a variety of complaints, most notably that it marketed the drug to pregnant woman without FDA (the U.S. Food and Drug Administration) approval.

The FDA had approved the drug to help cancer patients, as well as those recovering from surgery. Chemotherapy and radiotherapy often make people nauseous and sick, which is what the drug was designed to help with. It was not, however, approved for pregnant women. In 2012, a guilty plea was entered by GSK, who admitted that they had committed fraud and had illegally promoted a number of drugs, including Zofran. They had to pay $3 billion to settle. However, various cases relating specifically to Zofran have now been started as well.

Zofran has been linked to a number of birth defects, including:

The case of Cheri Flynn was the first to have been filed against GSK. Flynn, from Minnesota, had two children. Both were born with various birth defects, which Flynn attributes to her use of Zofran during pregnancy. There is no history of birth defects in the family of either Flynn or the children’s father. This has been confirmed through genetic testing.

Massachusetts resident Tomisha LeClair filed a birth defect lawsuit filed in February 2015. LeClair took Zofran in the first trimester due to severe morning sickness. A.S., her daughter was born with various congenital defects and had to go through 13 surgeries in just 12 years to correct some of the defects. LeClair claims that she would not have taken Zofran if she had been aware of the risks. She hopes that her case will show other mothers not to take the drug.

Sonya Lampkin, from Oakland, CA, filed her case on March 4, 2015. She alleges that she was prescribed Zofran to help with morning sickness and that this resulted in her son being born with supraventricular tachycardia (SVT), of which there is no history in either the mother or the father.

In the case filed by Mr. and Mrs. Scott Green, the claim is that taking Zofran during early pregnancy led to the development of a rare congenital heart defect in their son. This case was filed in California on March 5, 2015. Like others, they claim Mrs. Green was prescribed the drug in the first trimester, without being aware of the dangers associated with it.

The Leslie and Pam Marlenee case relates to a family in Montana. It was filed on April 4, 2015. The complaint was one of the first that immediately references to the earlier guilty plea by GSK in the DOJ (U.S. Department of Justice) civil and criminal case for which they had to pay $3 billion. Additionally, they claim that GSK was aware of the dangers to a fetus and that the pharmaceutical giant has evidence to prove this. Marlenee’s child was born with a cleft palate and lip. This case was the first to focus solely on an orofacial cleft. In 2012, the CDC’s research proved that women were 2.37 more likely to have babies with an orofacial cleft if they took ondansetron.

The Julia Shonkwiler case was the first to be filed in Texas, which was filed on April 17, 2015. Shonkwiler’s son was born with multiple birth defects. At only a few months old, the child was diagnosed with multiple life changing problems, including developmental delays, for which he will require multiple surgery. It is also not expected that the child will ever live a ‘normal’ life. What is different in this case is that it makes new claims, including that GSK chose not to conduct trials. Public records show that no trials have taken place, and Shonkwiler alleges that this is because the company was aware of the results these trials would have shown. Additionally, she claims that GSK has received over 200 reports of birth defects since 1992 but chose not to report on these.

A case against GSK was filed by Randolph, Massachusetts resident Kim Duong, who alleges that her prenatal use of Zofran resulted in her unborn baby being diagnosed with multiple birth defects in utero, forcing her to terminate the pregnancy. Her baby died in utero on October 16, 2013. This is the first case that involves the death of an unborn baby.

The Cory and Jill Cox complaint was filed on May 21, 2015 in Little Rock, Arkansas. They claim that prenatal use of Zofran led to their unborn son developing a cleft lip. The child had to have surgery to correct this and this has left him with a permanent scar that is often inflamed and red, as well as leaving his bottom lip non-symmetrical. Additionally, they claim that the sedation he has required for his operation has left him with developmental delays.

This is a case filed by two women, Stacy Coughlin and Ashley Swann. They are both from Louisiana and they claim that taking Zofran during pregnancy left their children with life-threatening congenital heart defects. Their case was filed on June 8, 2015. Both claim the drug was prescribed to them ‘off label’. The women cite multiple studies from Sweden and Denmark, where links between Zofran and cardiac septal defects have been demonstrated.

The Patrick Regan, et al. case was the 10th to be filed. The couple from Ohio claim that Zofran taken during early pregnancy led to their unborn child developing a heart defect, which proved to be fatal to the child three days after birth.

In the Saro and Lee Mandoyan case, the parents allege that taking Zofran caused their child to be born with talipes equinovarus, or club foot. This case was filed in New Jersey. The mother suffered from hyperemesis gravidarum, an extreme form of morning sickness, for which she was prescribed Zofran. A lower dosage proved to be ineffective, after which doctors doubled it, eventually moving on to a ‘Zofran pump’. This is the first complaint that mentions this particular device. Their child had had to go through surgery and various other types of medical treatments in order to manage his condition.

On June 26, 2015, Alexis Alexander, a woman from Independence, Louisiana, filed a case against GSK claiming that her exposure to Zofran had led to her child developing birth defects. Her child was diagnosed with several severe heart defects, one of which has been linked to Zofran exposure in a 2013 study, as well as various other international studies and reports. Her son is now 9 years old and he has had to have numerous surgeries to manage his condition.

This particular case was filed by Beth Botelho and Scott Mello on July 22, 2015 in the district of Massachusetts. The file claims that exposure to the drug caused a child to be born with various severe birth defects. The child was born ‘cyanotic’, which means she had received inadequate oxygen supply in utero. The child is now 7 and must be under continuous medical monitoring and the parents have to live in constant fear of something going wrong.

All Cases Now Consolidated Under MDL in Massachusetts

It was announced on October 13, 2015 that there are now so many suits against GSK that they will all be consolidated together. This was announced by the United States Judicial Panel on Multidistrict Litigation (JPML). All cases hence, will be centralized under MDL No. 2657 and will be heard in the District of Massachusetts before US District Court Judge Dennis F. Saylor, IV.

There are many reasons as to why people are filing claims against GSK for their Zofran product. Court documents that are now available show that it is reasonable to believe that GSK was aware of ‘unreasonable risk of harm’ presented by Zofran as early as 1992. This is because GSK allegedly knew that the drug was able to pass through a woman’s placenta. Yet, despite this knowledge, they continued to market it to women who are pregnant.

A number of specific claims are being made against GSK, which include:

The FDA has never approved Zofran for use in pregnant women. As a result, lawsuits state that GSK illegally marketed the drug to pregnant women. It is also alleged that they paid physicians to prescribe the drug. GSK earned millions of dollars from Zofran and it is believed that around 1 million women continue to take the drug, or its genetic counterpart, each year.

The FDA has created a legal requirement for all pharmaceutical companies, which includes GSK, to provide full information to consumers of the potential risks associated with their medications. It is a consumer’s legal right to be aware of this. If you have a child born with birth defects after you took the drug, you may have a case to be made. Do make sure that you speak to a lawyer who specializes in defective drug and birth defect cases. Zofran is a particularly hotly debated legal issue, so it is vital that you have proper representation. 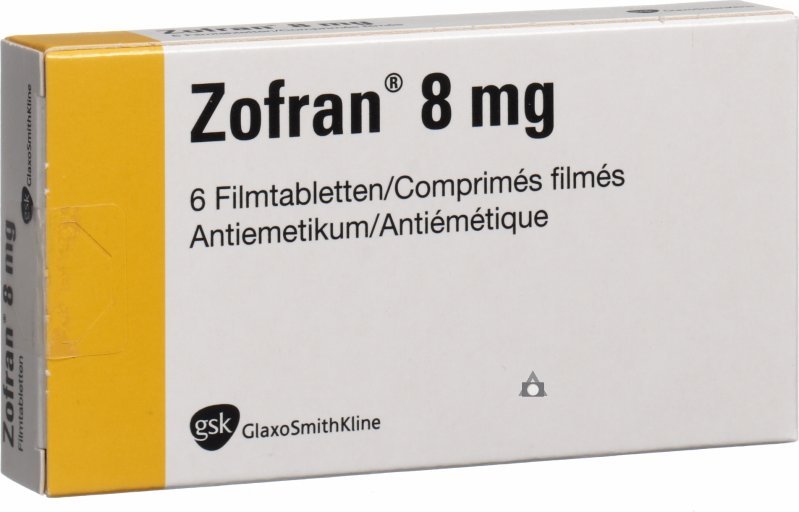