Prilosec is a drug that is classified as a proton pump inhibitor (PPI). It is used to treat gastroesophageal reflux disease (GERD) by lowering the acid content in a person’s stomach. Approximately 15 million Americans take Prilosec (generic name Omeprazole) or similar PPIs. But research suggests that up to 25% of long term users of PPIs could cease taking the drugs without having worse acid reflux or heartburn.

Many people who take Prilosec long term have filed personal injury and product liability lawsuits. They claim using the drug for months or years can increase the chance of having a stroke, bone fracture, kidney injury, heart damage and/or renal failure.

To date, more than 4,000 proton pump inhibitor lawsuits have been filed against AstraZeneca, the manufacturer of Prilosec, by people who suffered serious injuries from taking this PPI medication, including kidney disease and failure. All of the lawsuits are now combined in a federal court in New Jersey after a decision by the United States Judicial Panel on Multidistrict Legislation. In the US District Court in the District of New Jersey, all of the discovery and evidence collecting in the US is taking place.

If you have been injured by taking Prilosec for GERD, you may want to talk to a personal injury attorney about your legal options. You could be entitled to compensation for your medical bills, lost wages, pain and suffering and more. People who suffer from kidney disease and failure are facing serious financial, physical, mental and emotional challenges, and they deserve compensation if Prilosec was the cause.

This article contains the information you need to know about Prilosec Omeprazole lawsuits and what to do if you have been injured by this drug.

What is Prilosec – A Dangerous Drug?

In federal court filings, attorneys for the plaintiffs have argued the following:

There is considerable scientific evidence that taking Prilosec for more than a year can lead to serious side effects.

For example, a report in The Journal of American Medical Association found that using a PPI for long periods can increase your risk of chronic kidney disease. (Jamanetwork.com)

Also, the Journal of the American Society of Nephrology reports that while PPIs have a strong overall safety record, there are serious concerns about major renal problems in some users. Prilosec is associated with acute interstitial nephritis (AIN). While only a small number of people get AIN from this drug, Prilosec is still a common cause of the health condition in the West because of widespread and prolonged use. (NIH.gov)

Prilosec Injuries and Side Effects

Patients have been filing Prilosec or Omeprazole kidney disease and failure lawsuits because of major side effects of the drug. The most severe are kidney failure, bone fractures, stroke, and heart damage.

It is important to inform your physician if you have any of the following problems after taking Prilosec:

Some doctors have reported that up to 70% of PPI use may be unnecessary and the drugs are often used for much longer than they should be. Prilosec also has been at the center of several lawsuits for bone fractures, birth defects and serious problems caused by low magnesium.

Kidney disease and kidney failure are possible side effects of prolonged Prilosec (Omeprazole) use and that is why so many personal injury lawsuits have been filed by some drug users. Chronic kidney disease is a serious, potentially fatal condition that causes a long term loss of kidney function over many years. Chronic disease of the kidneys happens after the organs have sustained long term damage and cannot filter toxins from the blood. Symptoms of the disease are:

If you have been diagnosed with kidney disease or kidney failure after taking Prilosec, you may want to file a Prilosec lawsuit to be compensated for your medical bills, loss of income, loss of enjoyment of life, pain and suffering and lost income. Kidney disease is a devastating health problem and will have a major impact on your life:

Filing a Prilosec (Omeprazole) Lawsuit for Kidney Disease and Failure

Patients who have kidney damage or other serious side effects after taking the drug could be entitled to be part of a Prilosec lawsuit. Many claims have been filed against the manufacturer of Prilosec. The lawsuits allege the company failed to warn that PPI use could cause kidney damage and renal failure.

You may be wondering what sort of settlement you might expect from filing a Prilosec kidney disease and failure lawsuit. Each day, as you know, you must deal with the consequences of having kidney disease. You probably are taking several medicines and going to dialysis. You are seeing the pile of medical bills getting larger and the costs keep going up. Perhaps you are missing work for your medical appointments, and maybe you even have lost your job or can no longer work.

For many people, compensation from a Prilosec lawsuit is not just a way to make things right. It is compensation that you need to improve your health and to get the money that you need for your family to survive during such a hard time.

Talk to a Prilosec (Omeprazole) Attorney

Because PPIs are so popular, millions of Americans are at higher risk for having serious health problems from the drug, including chronic kidney disease and failure, acute interstitial nephritis and acute kidney injury. Patients who have had these serious side effects could be entitled to be part of a Prilosec lawsuit. You may be entitled to receive substantial compensation for:

While no Prilosec kidney disease and failure lawsuits have been resolved yet, Astrazeneca and other PPI drug makers have paid substantial amounts, more than $100 billion by some estimates, for other claims against them. Our experienced defective drug attorney can tell you quickly if you have a potential case against AstraZeneca for causing your kidney disease or failure. If you have questions about filing a lawsuit, please contact us for more information. 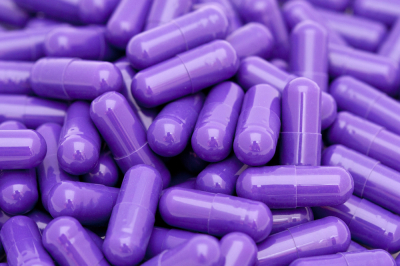